The September/October round of the Wex Photographic staff competition saw a slight change to the format. In addition to now running bi-monthly, the competition was split into 2 categories - Beginner and Advanced. The theme for this round was simply "Autumn" and this rather open theme in combination with the competition's new format attracted a large number of entries from all parts of Wex Photographic, including enthusiast photographers and first-time snappers alike.

This category saw a good number of entries and an impressive display of photography, making the judging as difficult as ever. After much discussion the winner was chosen: 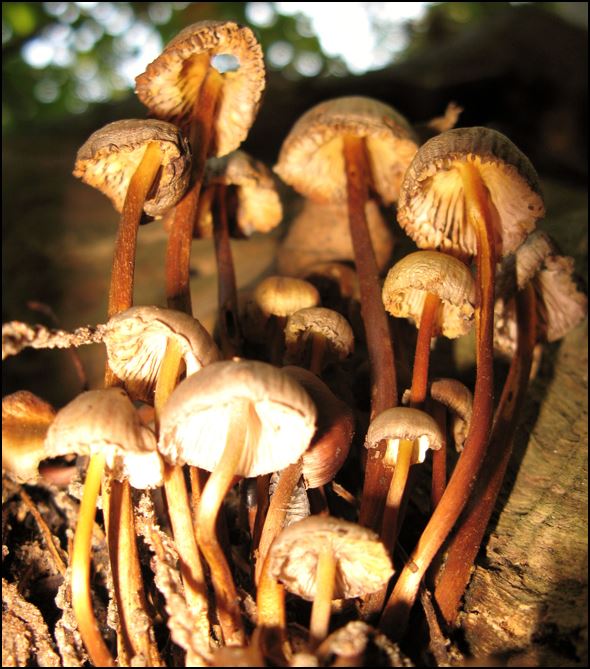 The judges liked the intricacy of the mushroom stems that create an almost fairy-tale landscape. They also felt that it was a shot that might easily have been overlooked and showed that Anna has a good eye for a photograph. Several mushroom shots were submitted this month, and this was one of the best from either category. The scene is a little bright in the lower left corner, presumably from the proximity of the flash to the subject and not something that we would have expected a “beginner” to worry about, but the overall composition and shot choice are excellent and make it a deserving winner. Well done Anna!

There were also several other entries in the beginner’s group that caught the judges’ collective eye: 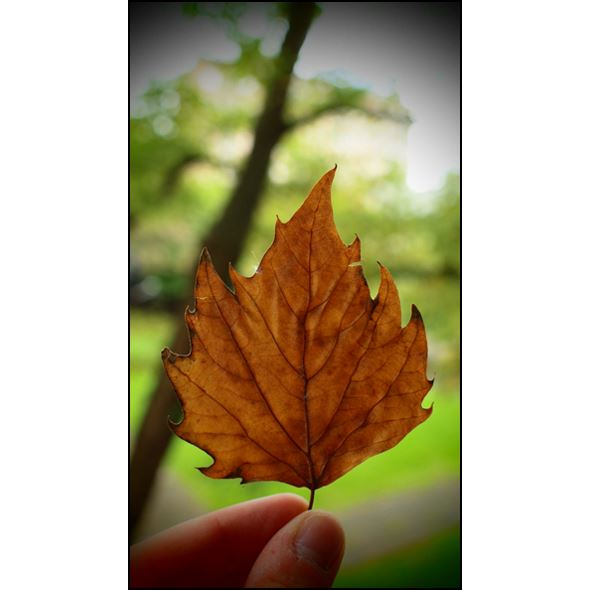 Piers Fuller’s shot perhaps summed up the autumn theme better than many. We liked the texture in the leaf and its Autumnal colour in comparison with the greens of the background. We felt it might have been a better shot without the inclusion of the hand, but still a superb effort. 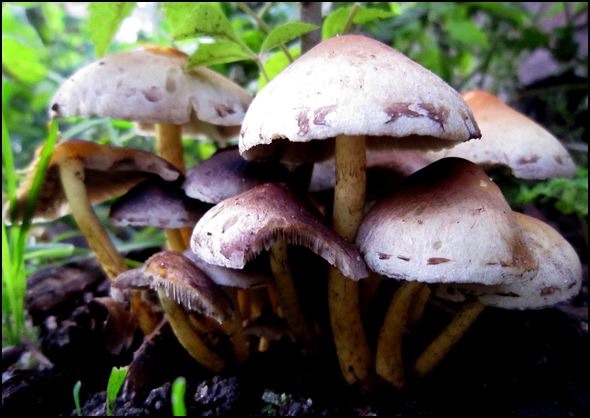 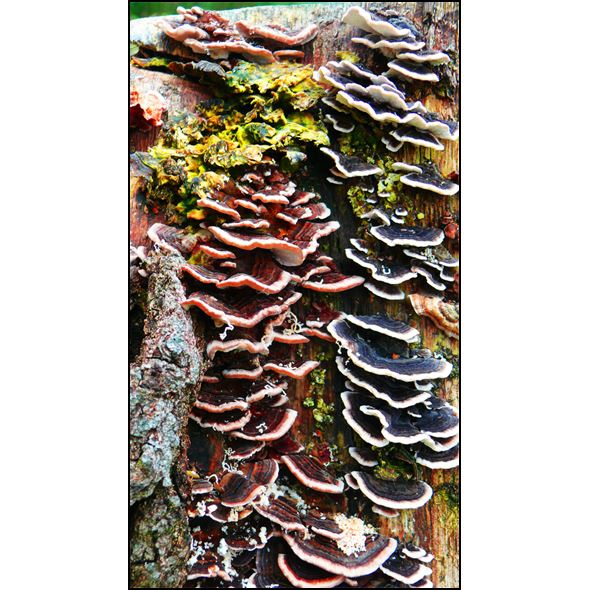 More fungus! This time from Daniel Hahn. We really liked the textures and almost architectural lines to this image – our only criticism being that it might have been nice to crop in still further on the subject and really emphasise the fantastic structures. Another great shot, though.

Well done to all the beginners – I look forward to seeing more of them next time!

Another really difficult competition to judge, with some great Autumnal shots of all different types, including some studio still life, landscape, macro and digitally manipulated photographs. In the end, we managed to whittle it down to the 2 favourite shots, and the winner was selected by unanimous vote: 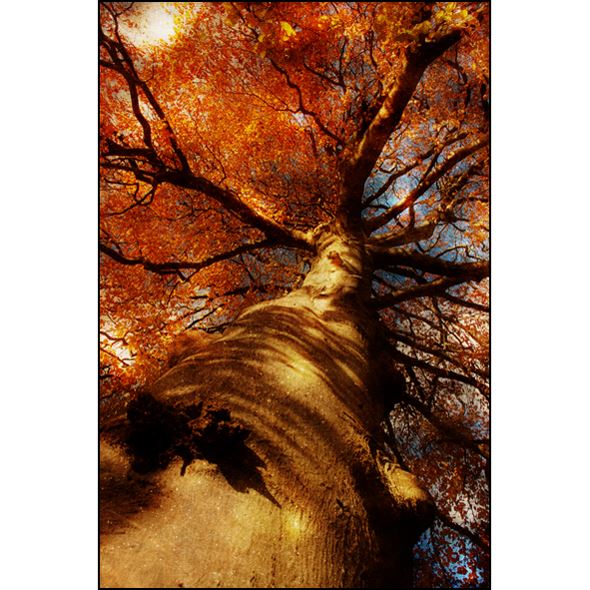 The judges like pretty much everything about this shot – the way the trunk of the tree leads your eye in to the explosion of branches and leaves, and the fact that the overall tone and colour of the shot just screams AUTUMN! Another great shot from Daniel and deserving winner of this round.

As mentioned above, this was a difficult round to judge, and there were other shots that are deserving of praise: 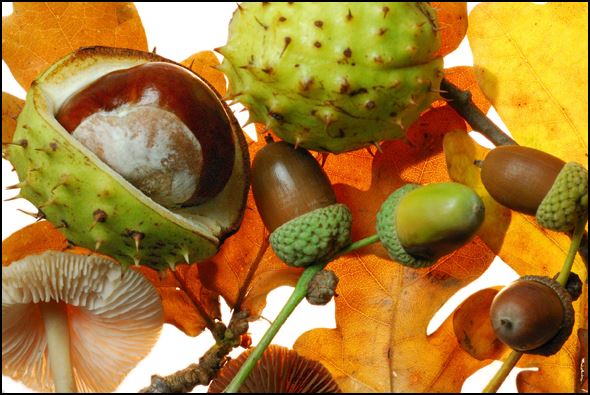 Alasdair Cockburn’s Autumnal themed still life takes many of the instantly recognised icons of autumn and places them together in this creative photograph. The judges really liked this shot and could imagine it selling well as a stock image in a photo library. 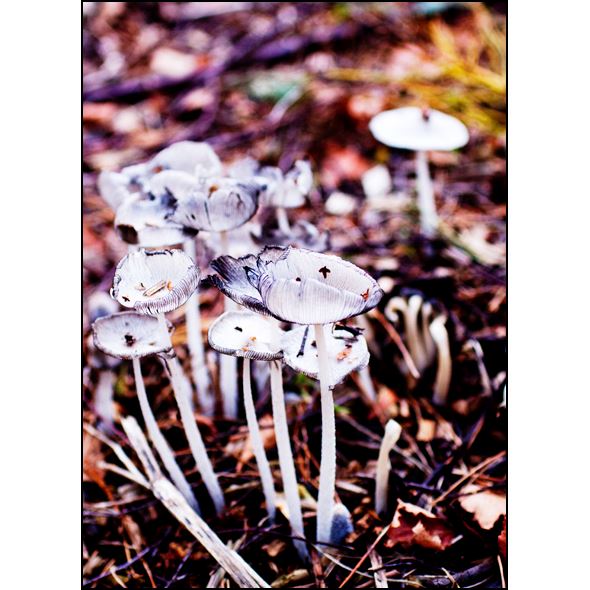 Another mushroom shot – clearly a popular theme for autumn – but Natasha Smith’s delicate shot makes these look almost like flowers. The unusual tones of the image are both calming and intriguing – a really well executed shot.

Well done again to all!

The next round of the competition will run between now and January 4th. The theme for this round is “Light”, so we’re hoping to see all kinds of interpretations on this – sunsets, sunrises, fireworks, candles, Christmas lights and more – with the Wex Photographic Staff using their creativity and imagination. At the end of the year, all the previous winners will be looked at and the best image chosen for the WEX Staff Photography Competition’s “Shot of 2010”, with a major prize on offer to the winner – exciting stuff!

I look forward to sharing the winners' shots with you in the New Year!