Choosing a prime lens - which lens should you buy? 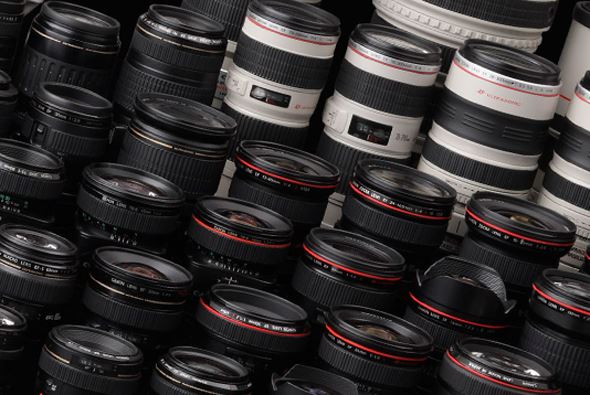 When people engage me in conversations about lenses they often do so using two common types of questions. The first type is use-related, either; “What is the best sort of lens for subject X?” or “I’m going to event Y and I’m thinking about buying a new lens: what do you suggest?” The other type of question is more specific and takes the form “What do you think of lens Z?”

I will come back to the first type of question another time but I want to start by answering the second type in relation to prime lenses specifically (I will also come back to the relative merits of different types of lenses at a future date).

Having been asked about lens Z, I tend to reply by enquiring how that particular lens came to be the subject of the question – and frequently the answer is along the lines of, “I read a review and it sounded really good”. Obviously, as a lens reviewer myself, I’m happy to hear that reply but people have to be very careful when reading product reviews of any type because the reviewer’s priorities may not be the same as the potential buyer’s.

The number one factor that will affect most buying decisions is price but this is the one thing that reviewers don’t test. Reviewers often comment on the price of products but people who are lent lenses for testing don’t know what it’s like to spend hard-earned cash on the same item and how painful it can be to realise that something that looked good on paper is a disappointment in some way when used out in the field.

To help reduce disappointment, every buying decision has to be based not simply on third party reviews and advice but on first-hand needs and the importance of different product features. With that in mind, let’s take a closer look at prime lenses…

Given that the term “prime lens” is distinctly old-fashioned, it is important to clarify that what we are talking about here is non-zoom lenses that have a fixed focal length. I’m going to skip over the focal length itself, because this too will be the subject of a future discussion, and start instead with maximum aperture.

In general, prime lenses have wider (faster) maximum apertures (smaller F-stop numbers) than zoom lenses that cover the same focal length. Common maximum apertures for zoom lenses are f/2.8 and f/4 or variable figures that have ranges similar to f/3.5-5.6. By way of contrast, everyday prime lenses often have apertures of f/2.8, f/2, f/1.8 or even f/1.4. In fact Canon offers a 50mm lens with an amazing f/1.2 aperture but this will set you back almost £1200. 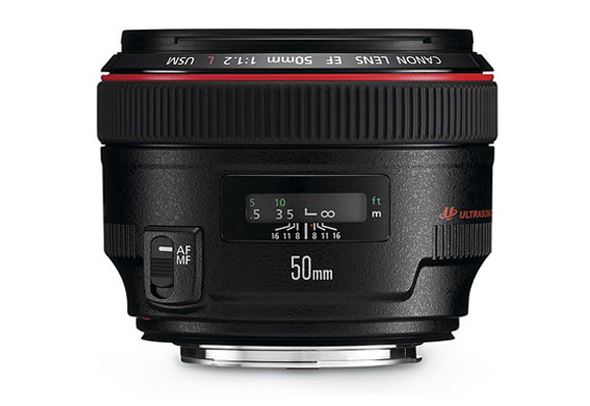 Canon's EF 50mm f/1.2L USM lens is designed for the professional user who requires maximum light-gathering capabilities - and, naturally, this comes at a price.

Some prime lenses are limited to f/4 or f/5.6 but these are frequently more exotic types, such a dedicated macro lenses, where the lens designer has applied a different set of priorities. Similarly, Sigma’s new 18-35mm f/1.8 zoom bucks the trend from the other side but that is definitely the exception rather than the rule.

One of the key reasons for favouring wide apertures, which is to allow a greater range of brief exposure times (fast shutter speeds) to be used when capturing moving objects or to counteract camera shake, has been overtaken by digital technology that provides high ISO settings with minimal loss of image quality. Similarly, the increasing availability of image stabilisation systems, both in-camera and within individual lenses, has allowed the use of longer exposure times than would otherwise be needed in the absence of wider maximum apertures. But despite these alternative solutions, there is still a place for wide-aperture lenses.

Broadly speaking, faster lenses are likely to offer better image quality overall, even though they may actually perform worse at their maximum aperture. This creates an awkward dilemma: what is the point of buying a more expensive lens with a faster maximum aperture if, for top quality results, it is best to avoid the maximum aperture setting? Overall image quality is the obvious answer but if you use an optical viewfinder then the greater brightness and clarity that a wider aperture provides can be very helpful, especially under low-light conditions.

Although they are not a foolproof indicators of quality, the use of low-dispersion glass and aspherical lens profiles, which are more common in faster primes, should mean that such lenses produce fringe-reduced and sharper pictures – and those are very tangible advantages that will show up in higher quality prints at the end of the day. 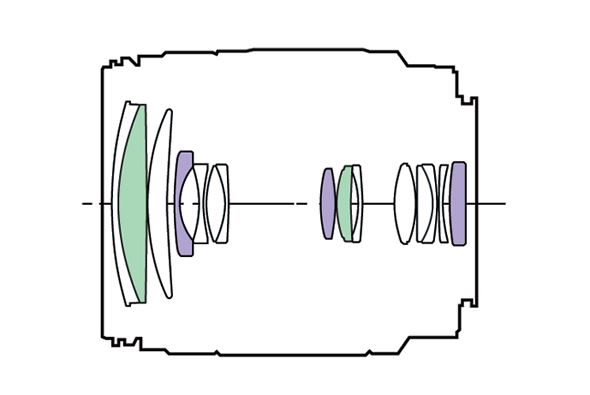 Manufacturers often make diagrams of their lenses available to show the use of elements with special optical properties. Here, low-dispersion elements have been marked in green while those with aspherical profiles are purple.

On the other hand, faster lenses tend to be bulkier and heavier so outdoor photographers may prefer to opt for more modest maximum-aperture lenses. This is fine if the lower mass has not been achieved at the expense of durability and one way to check for this is by looking for weatherproofing. Lenses that feature rubber seals on their rear flanges, for example, are likely to be more durable overall. 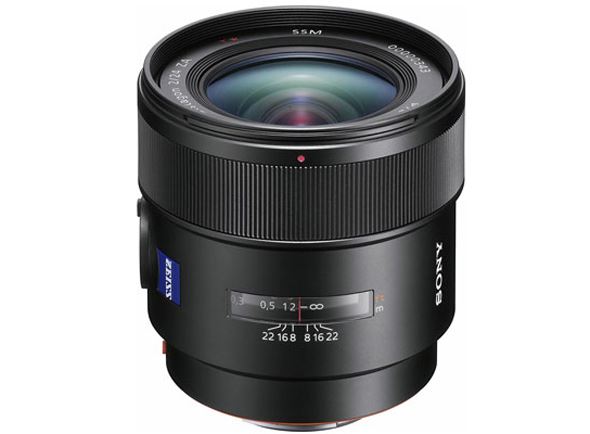 Pricier optics often feature superior focusing motors for speed and discretion. These are often marked on the lens barrel.

Of course a bigger lens may have room for a more powerful AF motor – and, for that matter, may need a more powerful motor to drive bigger elements. Internal focusing is normally an indicator of faster focusing and always brings an advantage in terms of non-movement of the front element. It’s also worth looking for a latest-generation AF system such as is indicated by Canon’s Ultra-Sonic Motor (USM), Nikon’s Sonic-Wave Motor (AF-S or SWM) and Sony’s Super-Sonic Motor (SSM).

Significantly, the same focal-length prime lens may sometimes be available at two different price points with two different maximum apertures. Canon offers a choice of four maximum apertures at 50mm whereas Nikon, Pentax, Sony and Zeiss all offer two options, as does Sigma although one is an APS-C lens and the other gives full-frame coverage. This last point is important because users of APS-C cameras who have no intention of upgrading to full-frame can sometimes save money or gain features by choosing lenses that are specifically matched to the smaller format. 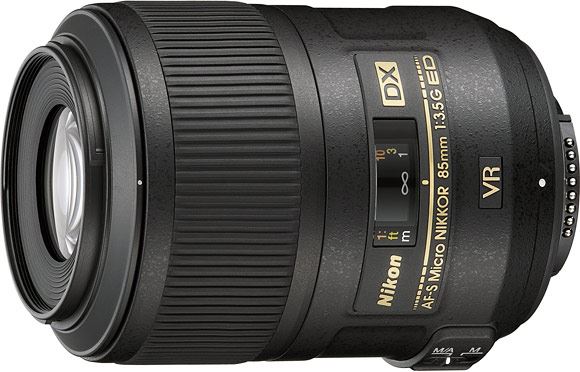 Nikon's DX lenses are designed for the company's DX-format bodies, whose sensors are smaller than full frame. On some full frame Nikon bodies, however, these can still be used at a lower effective sensor resolution.

Another factor to take into account is the number of blades that are used in the aperture diaphragm. This used to be overlooked in lens specifications but nowadays both buyers and manufacturers have realised there is mileage to be gained in highlighting large numbers of diaphragm blades and curved profiles, both of which produce rounder apertures that create smoother out-of-focus areas.

An associated argument in favour of wide-aperture lenses is the greater creative flexibility they provide in terms of narrow depth-of-field. This factor is less significant in wideangle lenses, where there is an innately broad depth-of-field on account of their short focal-lengths, so the case for buying a 24mm lens with f/1.4 rather than settling for f/2.8 (at more than twice the price) may be hard to make on those grounds alone. But if we are talking about a 300mm lens then there is a massive difference between pictures taken at f/2.8 and f/4 – but also a corresponding massive price difference (around 4x).

These lenses offer the same 300mm focal length as each other, but differences in the their internal construction mean that they command vastly different prices

Equally important is the cost of filters, which escalates enormously with increasing diameter. At the same time, there is an even greater need to protect an expensive lens with a large front element so the prices of filters should not be overlooked (not to mention any creative filters that might be needed, perhaps to create a starburst effect or even to soften the acute sharpness of a particularly excellent lens).

Astute buyers will think outside the box when trying to get the greatest creative potential from the most affordable level of investment and will spot the fact that an independent lens brand is likely to offer better value for money. Let’s stick with 300mm lenses for a moment: if you are a Nikon owner then the two alternatives will set you back just over £4000 for the f/2.8 version and just over £1000 for the f/4. Alternatively, you could go for Sigma’s 300mm f/2.8 at just under £2300. Canon owners are in a similar situation although the list prices for Canon’s 300mm lenses are even higher than Nikon’s.

Back on planet Earth (given that few of us can afford or even really need such exotic optics) the same opportunity to choose a third-party lens and save money exists across a wide range of everyday focal lengths. Gone are the days when third-party lenses were poorer performers: these days there is a lot to be said for choosing an independent lens provided that you aren’t a brand snob. I know this to true because long ago I bought a manual-focus Sigma 400mm f/5.6 Apo and it gave me many years of sterling service when I was shooting press and editorial assignments. Although it didn’t have quite the same impact it was MUCH smaller and lighter than the 400mm f/4 alternative that staff photographers were using!

And that raises yet another possibility: if the latest generations of lenses seem too costly then how about buying a mint-condition secondhand lens to get a better specification than you might be able to afford new? This can be a sensible option provided that the secondhand lens is indeed in perfect condition and is new enough to be fully compatible with whichever camera body (or bodies) you are using. The advances that have been made in lenses during recent years have been mostly evolutionary rather than revolutionary so nearly-new lenses look quite attractive. That said, the very latest lenses, from Nikon and Sigma in particular, seem to be bringing a new wave of improvements and in those cases nearly-new lenses may be more obviously inferior. 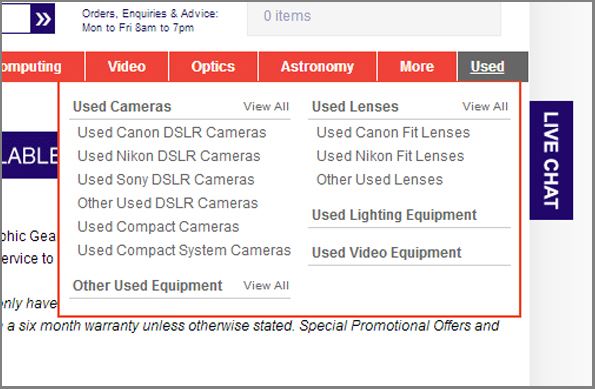 The thing is to keep all of this in perspective: advances in resolution are generally not as important as improvements in chromatic aberration. Older lenses that are marginally less sharp may be perfectly acceptable for subjects that don’t demand high sharpness but lenses that produce coloured fringes around white railings and plastic drain-pipes will prove very frustrating indeed.

So where does this leave us? The answer is back where we started… with price as the most important indicator of both affordability and probable quality but moderated by such factors as frame coverage and brand profile. The most expensive alternative will always be the best in some way but it may not be the best choice overall.

All prices are correct at time of writing.