Choosing the right lens for you

When you move to an SLR there's very little point sticking to just the kit lens... you're buying into the idea of a system, so make the most of it! Having a choice of lenses means you can pick the right lens for the situation you’re shooting. Of course there are different ways to do the same thing and the options can be confusing. Choosing which lenses to add to your bag isn't to be taken lightly, you aren't Madonna picking children! Here I’ve gathered a few of my favourites together to help you navigate your first steps into a lens collection. Better lenses are more expensive so there's a balance to be struck when deciding between basic and more exotic models. I'm an Olympus shooter, but the principles hold for pretty much all brands. 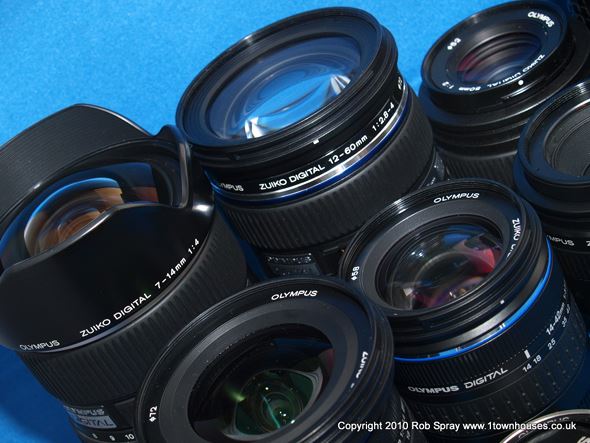 Partly as a legacy of supporting film, most mounts have a scattering of lenses from basic quality to top spec, which can make comparison shopping tough, especially when you include the third party options, as manufacturers are generally a little more organised within their own range. As Olympus started afresh for digital they could set three clear Zuiko ranges; Standard, Pro and Top Pro - so it's fairly easy to see which options line up against each other. The standard lenses are solid but modest in appearance and not as bright (meaning they have smaller maximum apertures) as their grander relatives. “Pro” adds weatherproofing, more metal and usually an extra stop of light. Taking on a top Pro lens gets you bulletproof build, constant aperture and a workout – they're heavy by normal standards! For Four Thirds SLR owners the good news is that they are uniformly well received optics and you just have to visit the DPReview or SLRGear test pages to see that. The same goes for any lenses, the aforementioned sites are great for a detailed insight into performance.

Remember: Four Thirds lens lengths are multiplied by two get their film equivalent.

When Olympus chose their 4/3 sensor the playground bullies teased that although it might make for smaller cameras and telephoto lenses, it wouldn't be easy to make wide angle optics. As a riposte Olympus developed the 7-14mm. It's a beast of a lens which proved a point and is still very hard to beat, even at its understandably high cost. What was missing was an entry level option, and that changed with the arrival of the 9-18mm lens. Everyone expected the lower cost option to be compromised, but in fact it's had great reviews and justifies them. 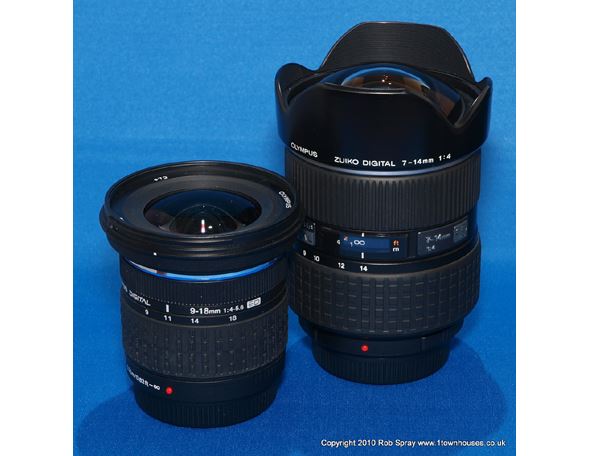 The hood is built in to the 7-14mm, which is much larger and heavier than the 9-18mm

The Olympus 9-18mm lens shares the modest looks and small size of the other standard lenses, but is actually a nicer lens in disguise as it operates very smoothly and is half as heavy again as the featherweight 14-42mm. There's nothing showy about it, but with its metal mount it’s no “budget baby”. Through the finder it's immediately evident that the world is sharp and distortion free. It's practical too; you can screw on a 72mm filter for protection. 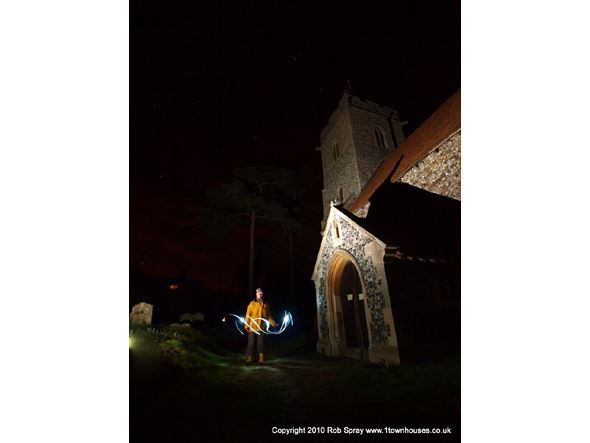 I've had the superb 7-14mm lens for ages and there's just no technical qualm with it. It is super sharp and famously free of distortion – not bad for a 114 degree wide view! Perhaps it could be a stop brighter but at these focal lengths you're rarely fighting for light... especially if you've chosen a body with IS too. With such wide lenses, staying creative can be testing and letting your subject dwindle into the distance is all too easy. Being able to zoom up to a less challenging perspective is handy when you just don't need to get the whole world in shot. Almost inevitably you're often capturing potentially huge dynamic ranges by including sky and shadow, but the main practical worry is that you can't screw anything to this lens so you must rely on your wits and the built in shade to guard the bulbous front... 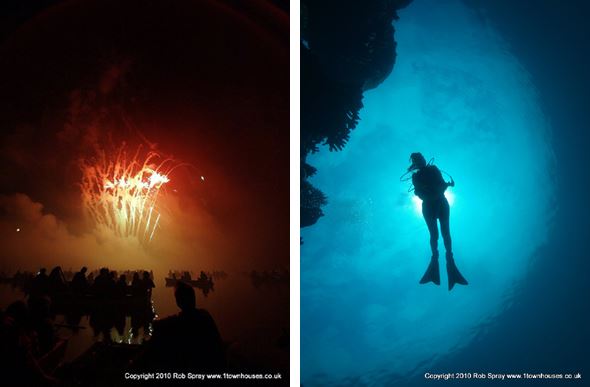 The 7-14mm can be handheld, even in the dark, to capture firework trails and smoke on the water, and underwater the 7-14mm makes some stunning shots possible

Standard kit zooms are bread and butter lenses which come in the box to make your new toy work, but are really only to nudge you on to the roundabout of regular lens purchasing. However, by common consent the little 14-42mm Olympus zoom is a good one and belies its low caste. It has a handsome big brother in the 12-60mm SWD which arrived as a kit choice for the hefty Olympus E-3. That's a 5x zoom, which had big shoes to fill when it supplanted the famously sharp 14-54mm as the top standard zoom in the Pro range. 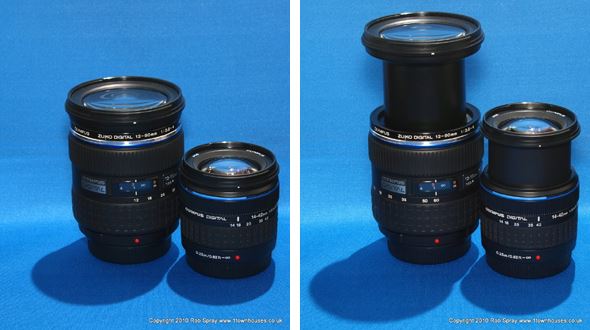 Olympus standard zoom lenses, zoomed in and zoomed out.

Olympus 14-42mm lens: So small that it harks back to manual focus film lenses. It's all plastic, of course, but well made and both rings are smooth and comfortably wide. Optically it's a really good little lens, almost like it was designed to be small and light and just turned out cheap by accident. As the current kit zoom there are loads in circulation, so if you don't have one you've missed a little gem. When I dive I take duplicate bodies but just this as a spare lens. 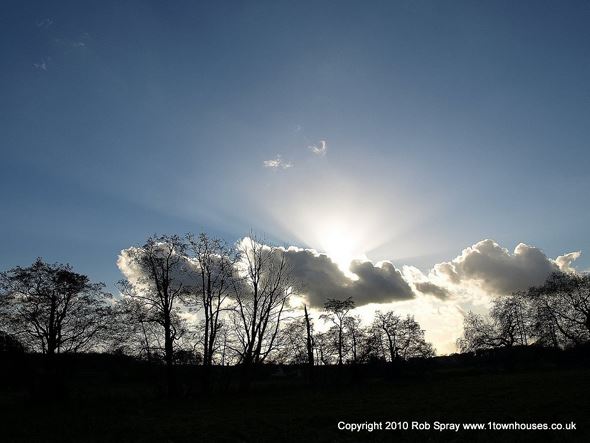 12-60mm: A hefty lens with a 72mm thread which extends another 2 inches when zoomed, it could hardly be more different from its little friend. As an SWD powered lens it’s fast and focuses quietly on any body; though it takes one of the newer ones to claim its world record. As a 24-120mm equivalent it covers a lot of bases and does them all amazingly well. It's a star turn, just look up the tests to see how highly regarded this large, weatherproof lens is. 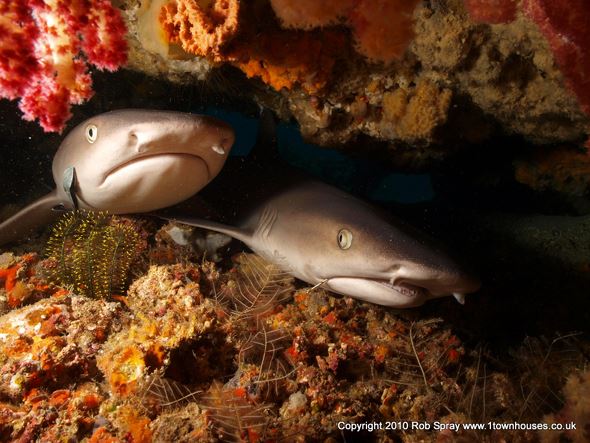 Sharks! - The 12-60mm is a fast lens, even focuses rapidly down holes!

An upgrader's first stop is normally a longer zoom - in the hope that birds in flight, distant sportsmen and naked celebrities will all be within easy reach. In truth those need weapons grade optics but a decent mid range telephoto still offers a lot of extra options. Like the little kit zoom the 40-150mm is smaller than most standard zooms. It's ultra light and stunning value when included as the long lens in twin lens packages. The upgrade option is the vastly bigger 50-200mm. This lens has been refreshed with fast SWD focus, and has a longer, brighter 4x zoom range from portrait to border on animal snapping.

Olympus tele zoom lenses, zoomed in and zoomed out.

40-150mm: Like a jack in a box the slightly larger twin of the standard kit zoom expands in three sections to almost double its length. It seems unbelievable that this little lens has the same reach as the 80-300mm monster I used with my OM-10, but it does and it's a whole lot better too. Light is at a premium for distant shots but because it's so small you won't get disapproving looks while walking around. 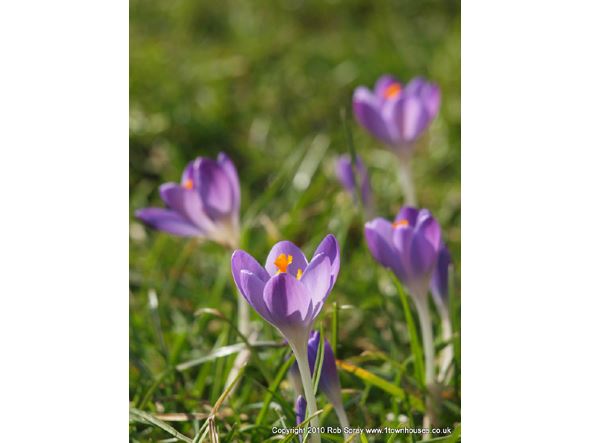 I treated myself to the 50-200mm and much as I like the standard model, immediately knew it was a huge step up. It has extra everything; reach, sharpness and most of all more light. Nearly two stops brighter at the far end it's also a good match to the 1.4x teleconverter for intruding on nature (or reality TV nobodies) reaching nearly 600mm equivalent. I always use this lens wide open, to tastefully isolated subjects. However it's no lightweight, 4x heavier than standard, and extended you may attract hostile (and probably envious) glances too. 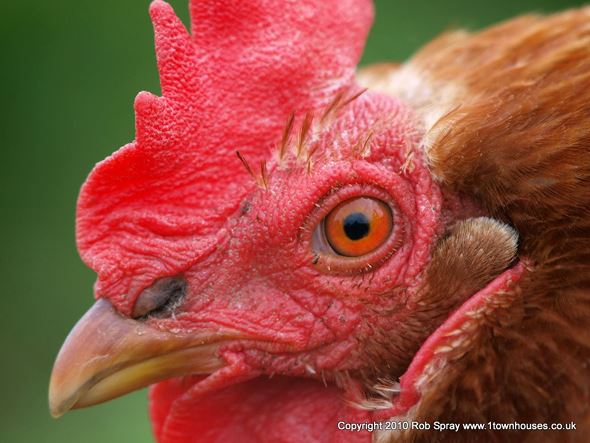 The 50-200mm is great for portraits at a distance

Close up and personal – Macro

One area where SLRs suffer against compacts is their inherently poorer close up performance. Screw-on adaptors are a cheap option... but the best solution is a purpose built macro lens. The standard range has the 35mm f3.5, once the lightest digital SLR lens though looking chunky now beside the more recent lenses. Its Pro counterpart is the 50mm f2.0, a lens with a huge reputation. It's one of the sharpest lenses available, anywhere. It's also weatherproof and much smaller than its competitors - which are mostly a stop darker too. 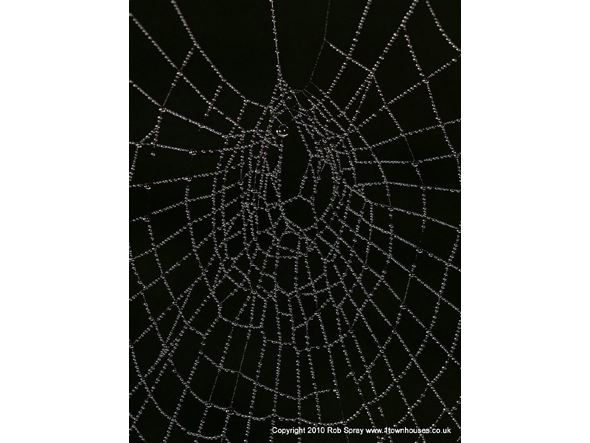 Glistening webs are a great way to check a macro lens - the 50mm is near optical perfection!

Although it's the baby the 35 starts with a mathematical advantage, it has double the magnification of the 50. The drawback is that you have to be very close to get everything from this lens – fine for inanimate objects but limiting when you shoot animals which can get up and walk (or fly) away. Given a moving subject, it actually focuses decently fast and it's as sharp as anyone could want – it's just that the 50 is even sharper!

The 35mm is super sharp and works very close

Razor sharp it may be but the 50mm has long focus travel which tempers its speed. If you miss a tiny subject it can take a while before the lens racks back into position. Once you're locked it's wonderful, sharp with great colour and contrast. It doesn't match the maximum magnification of the 35mm but that lost range is somewhat theoretical as often you can't get close enough to small live subjects to exploit the 35's advantage. The 50mm is peerless optically, and a nice portrait lens too. 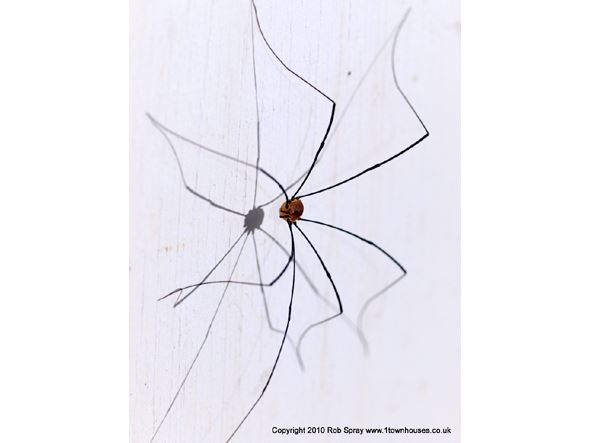 The greater working distance of the 50mm keeps you safe!

It can be hard to convince loved ones that a new lens or two will change your life for the better, but they can certainly be a real spur to enjoying your photography more. With more lenses you can take new pictures from new places, and that's true whether you buy the bargain option or stretch your budget. Without doubt the latest generation of compact lenses are great performers, sharp and most especially very light. You really can afford to take them all with you. What they don't offer is as much opportunity to use shallow depth of field. The high spec lenses are all brighter and are sharp at all apertures so offer great creative opportunities, many bright lenses need to be stopped down to be crisp but these don't. 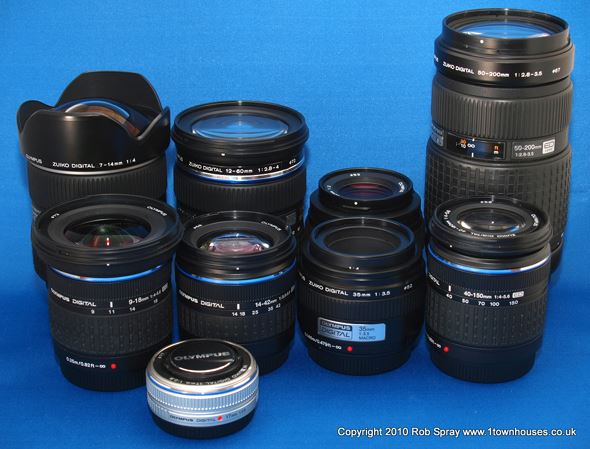 So which to buy?

The nice thing about the Zuiko’s is that there isn't a bad choice. The small size of the standard lenses makes them great for holidays – you can pack all four for the weight of the 50-200. One risk with larger lenses is that they can dominate the handling of a smaller camera. I use them all on my E420 but it is a 'lens-wearing-a-camera' situation and they're better balanced on a bigger body – I'm sure there's a golden opportunity for a Pamela Anderson and Tommy Lee joke there but it would be in very poor taste.

If I had to choose one to carry it would be the 12-60mm. It has such a useful range that I carry it most of the time. It'll work close for near macro, wide for landscapes, long for portraits and it's weatherproof and really fast too. The perfect desert island lens and a great upgrade over the kit zoom. 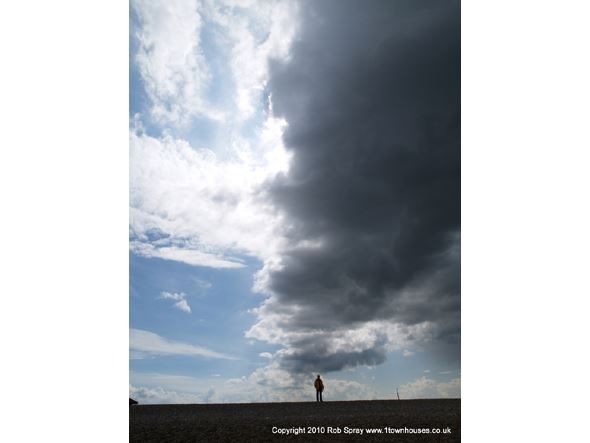