April’s Google+ competition theme was ‘In Motion’ and we asked you to submit an image that best represented the theme. Here are the results! 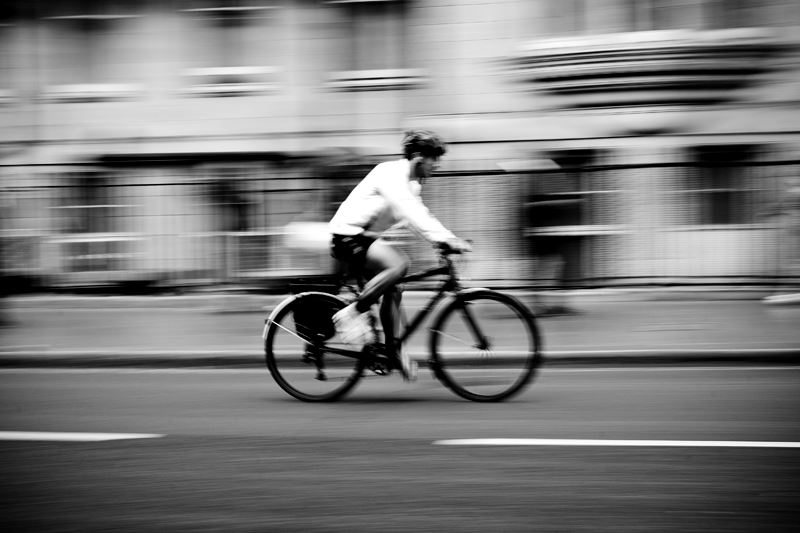 Our theme for April was ‘In Motion’. We wanted to see your best and most creative movement shots, and we received some fantastic entries! Thank you to everyone who entered – here are our winners: 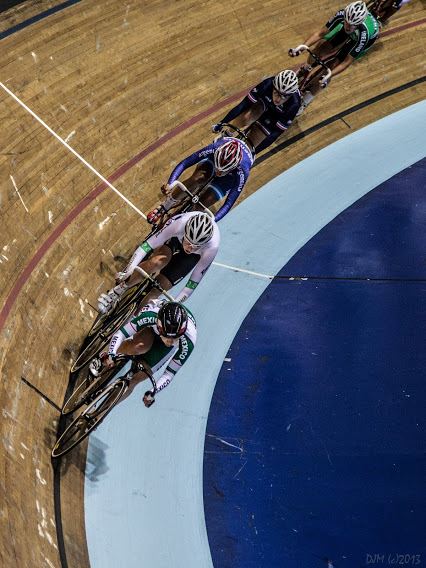 Congratulations to Dan for taking first place in this month’s Google+ photo competition. We love the composition and banding of colours through out the image – a spectacular capture!

Dan talks us through the winning image…

My photo was taken at the National Cycling Centre for the UCI World Cup in November, where I got to see team GB take home several medals. It was taken on a Canon 6D with an EF 24-105 f/4 L lens at 105mm, with an aperture of f/4. It was hand held so I had to bump my ISO up to 3200 in order to get the shot. What I like most about the picture is that it leads you through the image, which I think is unusual for an image involving human subjects.

You can see more photographs by Dan on his website. 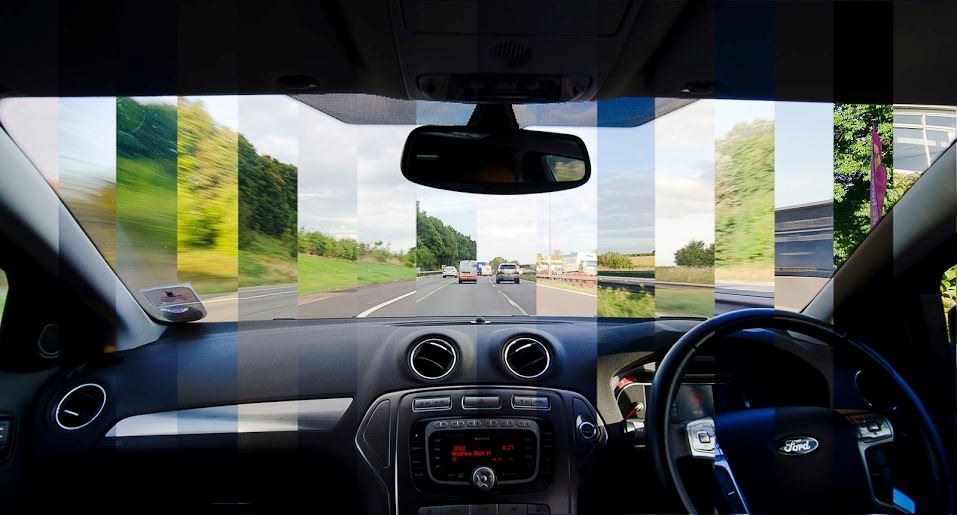 by Sven Roden
Second place in this month’s competition goes to Sven Roden. We love how Sven has thought outside the box to create such an image, and the result offers a great insight into the entire journey. Well done, Sven!

Sven talks us through the image…

I find the drive up the M6 motorway between Northamptonshire and the North West of England a very, very boring journey. Before one such trip, I thought I should try and photograph it. I set up my camera on a tripod in the back seat of the car and set the intervalometer to automatically take a shot every ten minutes. These were then stacked in Photoshop and progressively masked to reveal a time-slice recording of my journey. For once, this journey was relatively free from traffic; it may have been the sight of an unmarked car with a big camera recording what was in front of me that made the other drivers clear out of the way! This was shot with Nikon D7000 and Nikkor 10-24mm lens at 13mm, at ISO 100 and an aperture of f/8.

You can see more photographs by Sven on his Flickr page. 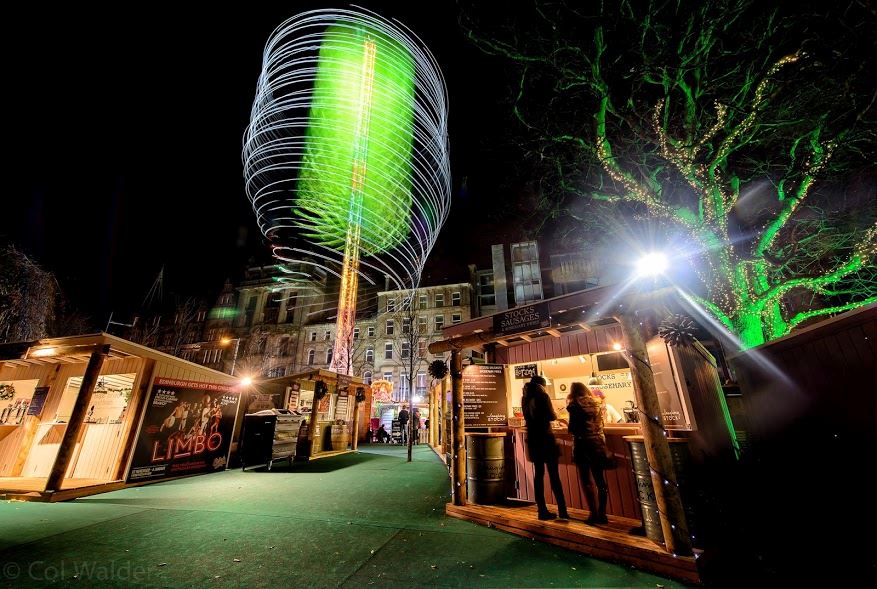 And third place this month goes to Col Walder, with this interesting blend of different exposures. The people are almost perfectly frozen while the main focus point creates some beautiful light trails!

Col talks us through the shot…

I took the photo at the Edinburgh Christmas market using my favourite lens, the Nikon 14-24mm f/2.8. I used a Nikon D800 with a Manfrotto tripod, and blended a long exposure for the light trails and a short exposure for the foreground. The ride is called the Star Flyer and was popular as it offered spectacular views of the city. I like the contrast between the extreme motion of the Star Flyer, the static buildings and the people, which hints at the excitement of the ride.

You can see more of Col’s photography on his Facebook page.

Thank you to everyone who took part in our April theme! Why not enter the May competition? Click here for more details.