When shooting monochrome, shape and form are of paramount importance. Find out who has the keenest eye for composition as we reveal the winners of this month’s Facebook competition. 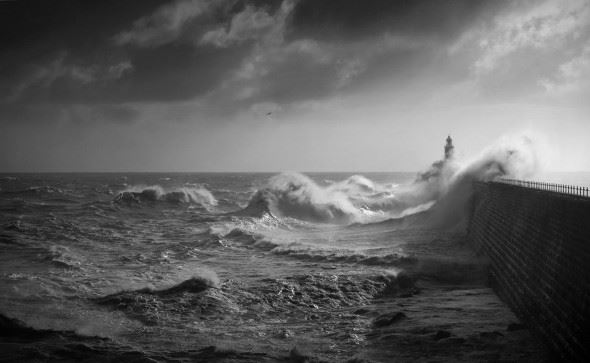 Ross’s dramatic shot has a great sense of scale and drama, but the smaller details are no less impressive. It’s a perfect choice for a monochrome conversion, with the limited palate allowing the shapes and lines to take greater prominence. Well done, Ross!

Ross talks about his image

The photograph is of the North Pier Lighthouse in Tynemouth on a stormy day. I like the shot because it almost reminds me of an oil painting – with its flowing movement and lots of texture. There was a gap in the clouds that morning which allowed for sunlight to cast strong shadows on the pier and water. Waves crashing over the pier are quite a regular sight here in Tynemouth, but on this day the conditions were a little more favourable.

To see more of Ross’s work take a look at his website, www.rosspichler.co.uk 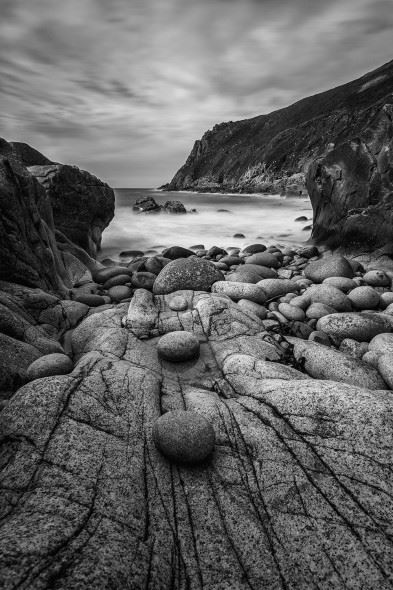 With tremendous foreground interest and canny use of leading lines, Dave’s long-exposure image was a favourite among the judges. Check out the dramatic shape of the coast against the smooth blur of the clouds.

Whilst recently on holiday in North Cornwall’s St Just, I headed down to Porth Nanven cove. I had seen so many pictures of this stunning cove, which is famous for sunsets and its dinosaur-looking eggs, but still didn’t know what to expect.

I came across this stunning piece of curved shaped rock, which had great texture and detail and also some great leading lines that headed towards the sea. I started shooting and the rest is history. What i will say is that I came away very happy in my mind that I achieved what I set out to do and got something unique and different. 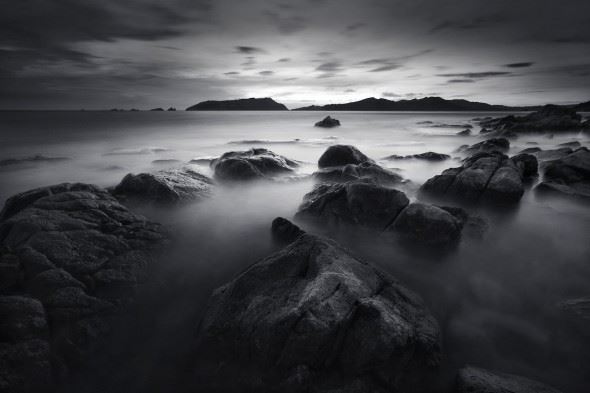 Jefferson’s dark and ominous image is starkly effective – what could have been a gentle scene is rendered as something else entirely, with a terrific use of light and shade. This was a hugely strong month for the competition and we were massively pleased to give Jefferson’s shot third prize.

Jefferson tells the story of his image

Photo taken in Mariveles, Philippines, at twilight hour. This hour was always my favourite time when shooting landscapes – the light gives a mysterious mood to a place. I used a graduated ND filter to balance the exposure of land and sky, and a regular ND filter to make a long exposure shot for a misty water effect.

Thank you to everyone who took part in our September competition! Visit our Facebook page for details of this month’s contest.