From a creative portrait of your beloved pet, to a tiny bug-eyed insect in your own backyard, and everything in between; the theme for March's competition was "All creatures Great & Small"...

About the winning shot: This image was achieved by spending a long time lying at the side of a pond whilst holding my camera a few inches above the surface of the water. I had to wait for the nervous frogs to resurface and I was lucky to have one pop up right in front of me facing the camera. The shot was taken on a Canon 450D using a Canon EF 50mm f/1.8 II lens with a little tweaking of levels in Photoshop. More of Chris's photos can be viewed on his website, Facebook and Flickr.

The judges comments: The judges and I felt that Chris’s shot of this characterful little critter tied in with the “All Creatures Great and Small” theme perfectly. The colours in the pond blurs beautifully into the distance. We really couldn’t say a bad thing about Chris’s photo, not only does it compliment the theme, but it’s been well composed and Chris has let in just the right amount of natural light. There is enough in and around the shot to capture our attention, yet it doesn't distract our eyes away from the frog.  You can almost hear the splosh sound as he quickly dips his head back under the water as soon as the shutter was pressed. 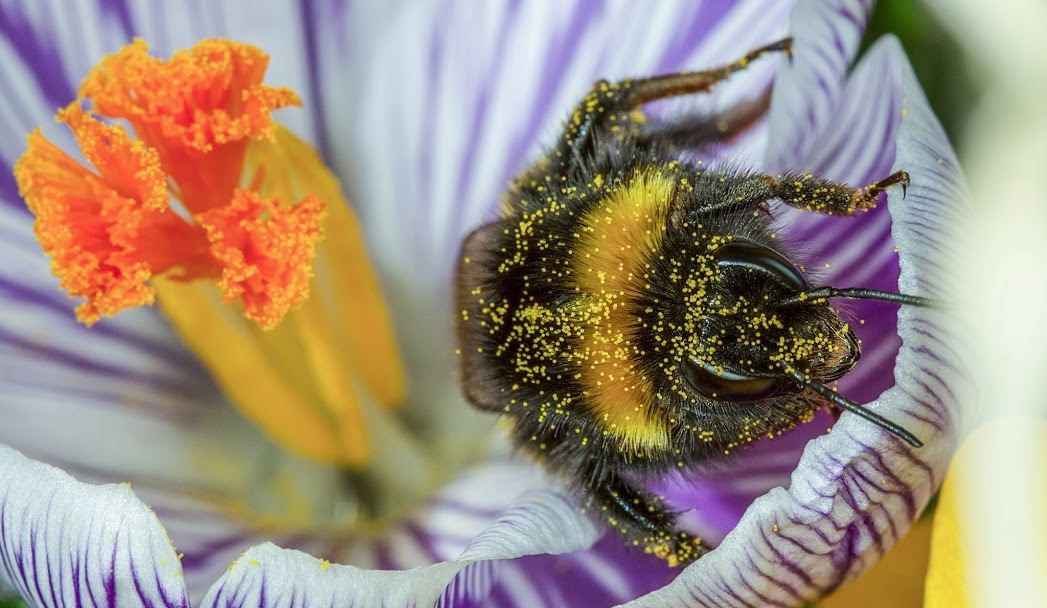 About the photo: I took this shot on one of the two warm days in early March which turned out to be a false start to Spring. This was the first bumblebee in our garden in Surrey and it seemed as excited by the warm day as the rest of us. I was lucky enough to catch it as it left one if the few flowers that was open, and it seemed to have made good use of it! The Shot was taken handheld with a Canon EOS 7D and a Canon 100mm f2.8 Macro lens with a ring flash adaptor. You can view more of Mark's work on his website and Flickr.

The judges comments: The detail of the pollen captured on the bee is amazing and it really grabbed our attention, along with the composition of the exotic flower that surrounds it. 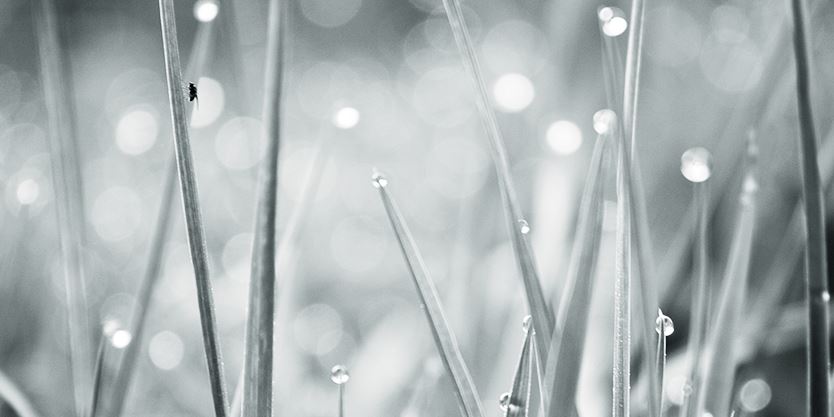 About the photo: I photographed the grasses on an early morning last May.  I used an 18-55mm lens, the aperture was set at f/5.6 and the ISO was 100.  It was B&W conversion from the original.  I work in Raw format mostly.  The bokeh is created by water droplets on the grasses; they appear on the grasses after cold nights, it's not dew though more likely guttation.  The bug in the picture was a lucky find because it gave me the idea for a composition. I was mainly focusing on the grasses until I found it. You can view more of Richard's work on his Google+ page.

The judges comments: You really get a sense of scale in this bug shot. It’s an unusual point of view and a change from the close-up perspective. The photo really draws you into the world of the undergrowth and this bug’s habitat, while the water droplets and manipulation of saturation gives the image a magical dream-like effect. 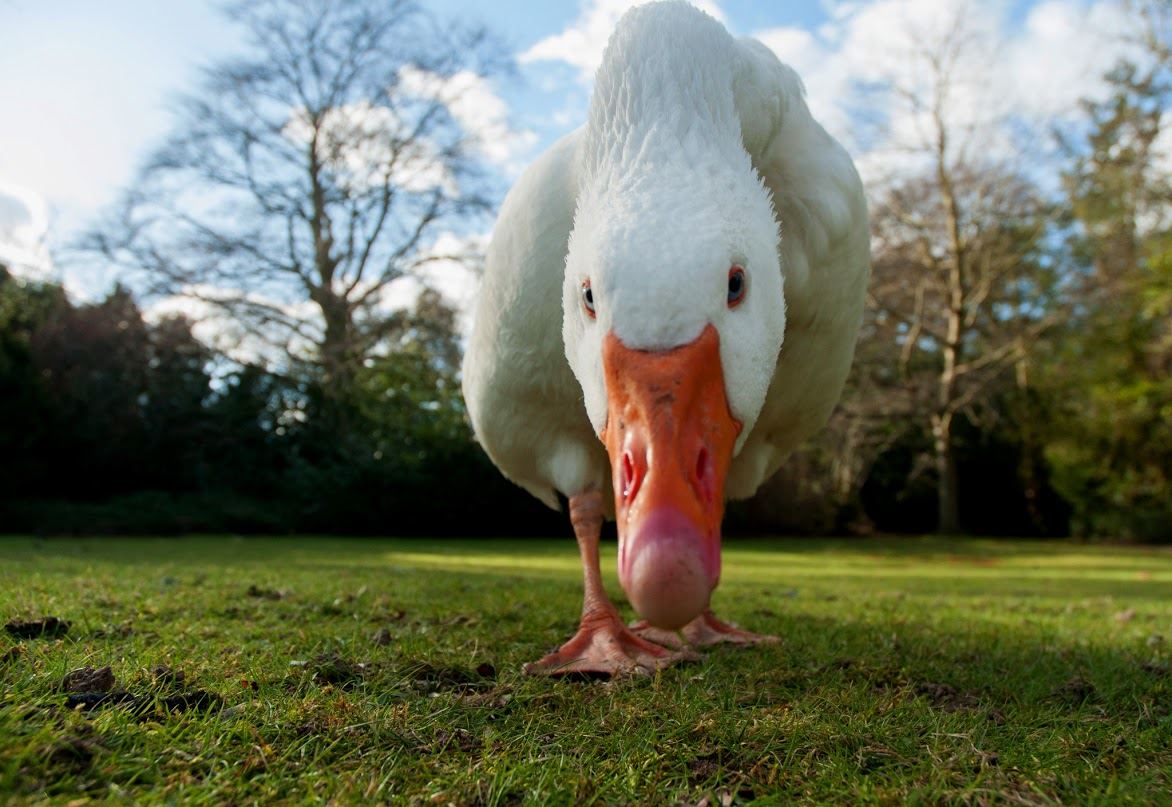 About the photo: This shot was taken in Kelsey Park, Beckenham, Kent. The Goose is a new resident which I think was put there by the RSPB as it cannot fly. He is usually out on the water so I took the rare opportunity to get close to him when I spotted him out on the land. I just positioned myself near him, lying flat in a flowerbed as I wanted a different perspective. After a few minutes he came to investigate, the hardest part for me was getting the focus through the viewfinder as the camera was so low but I managed somehow.  The equipment I used is my Nikon D90 with the 18-70mm f/3.5 DX lens. More of my photos can be found on my website. 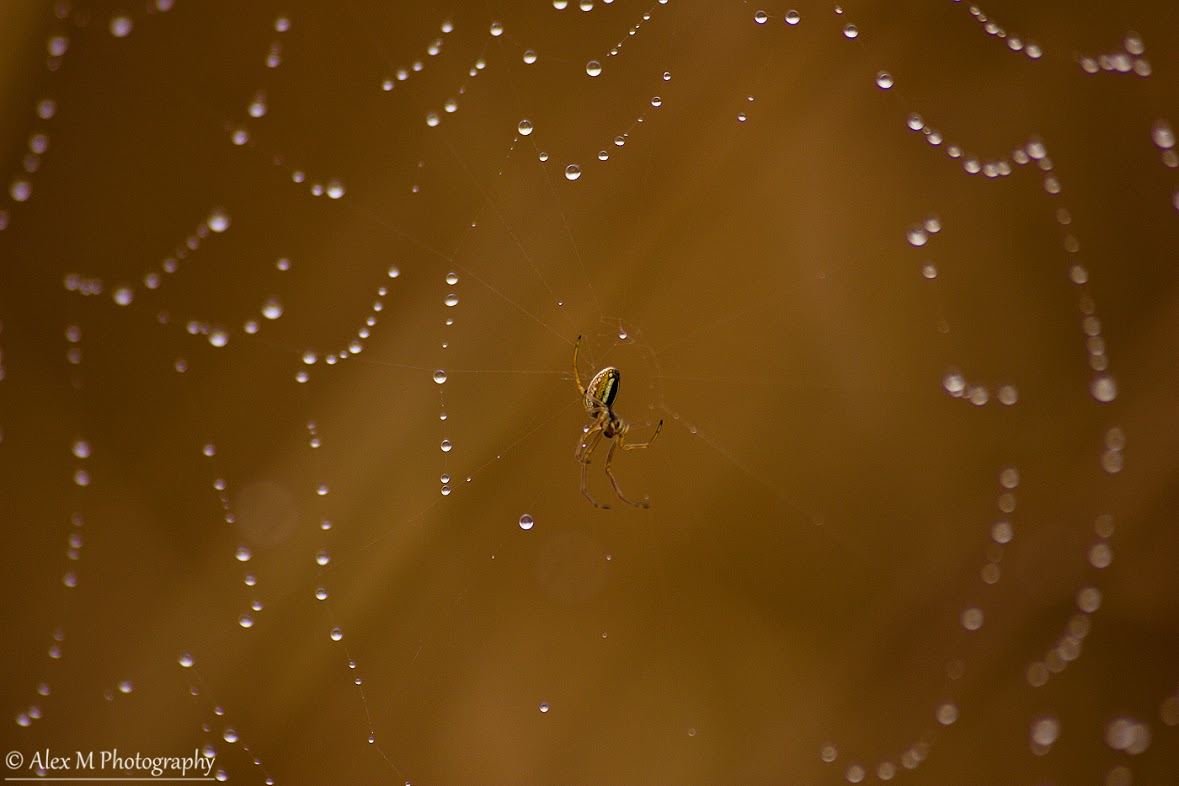 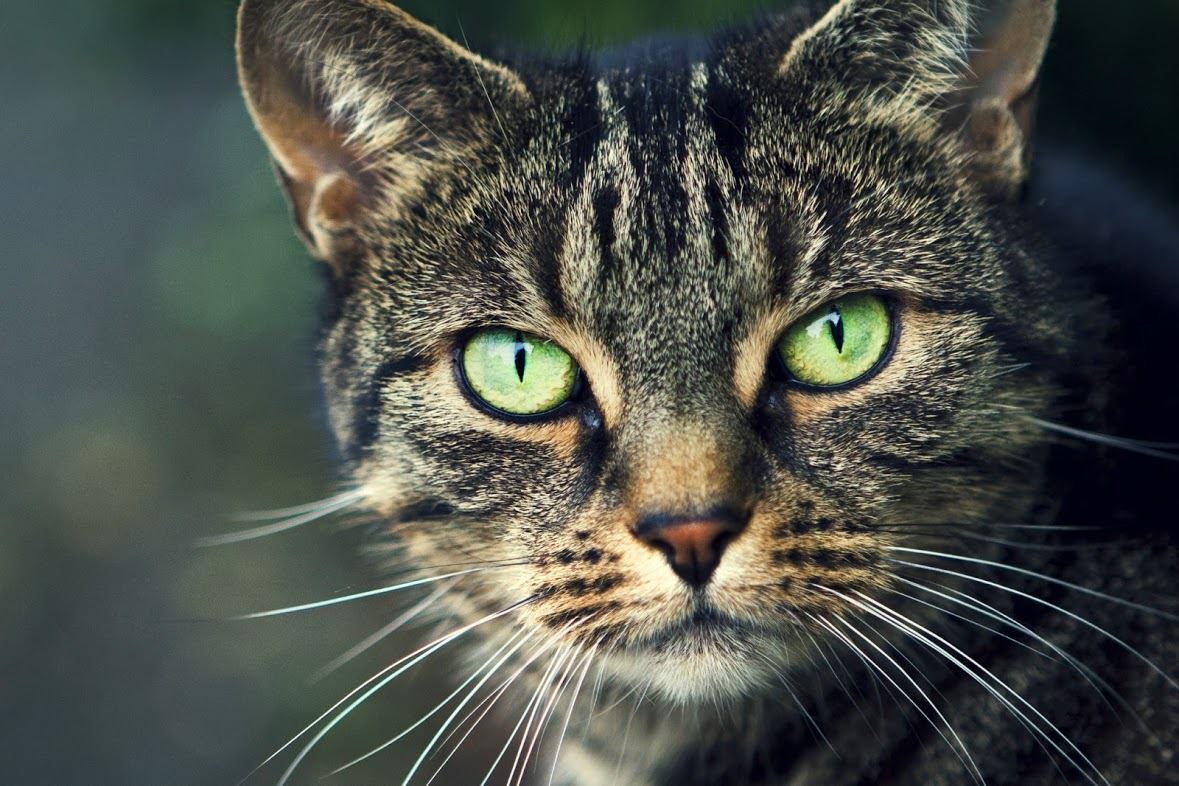 About the shot: I took this shot whilst walking around a village to look at everyone’s home made scarecrows (village tradition near me in Cambridgeshire) and this guy was in cat fashion pining for attention. He wasn't too sure about having his photo taken, but I just about managed to catch him staring into my lens before a puppy chased him away. I used my Canon 5D MKII and 24-70mm L lens, and then processed the photo in Photoshop, contrasting and balancing the colours to match his incredible eyes. More of Heather's photos can be seen on her website. 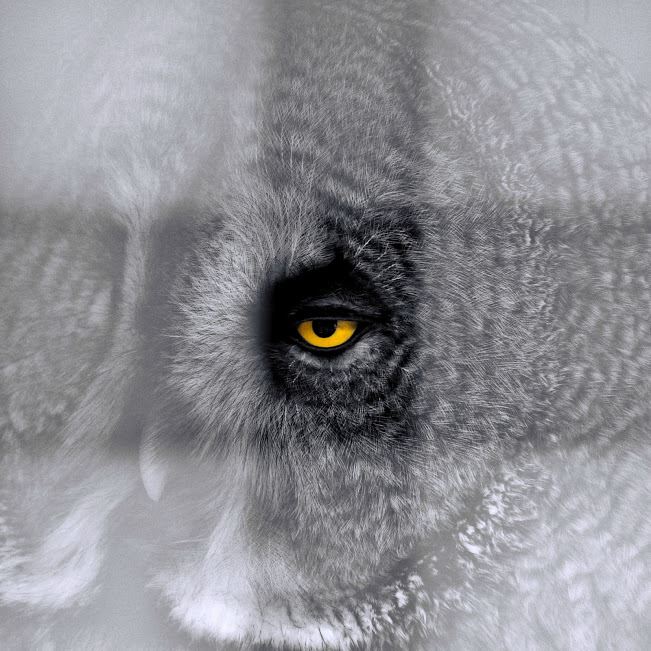 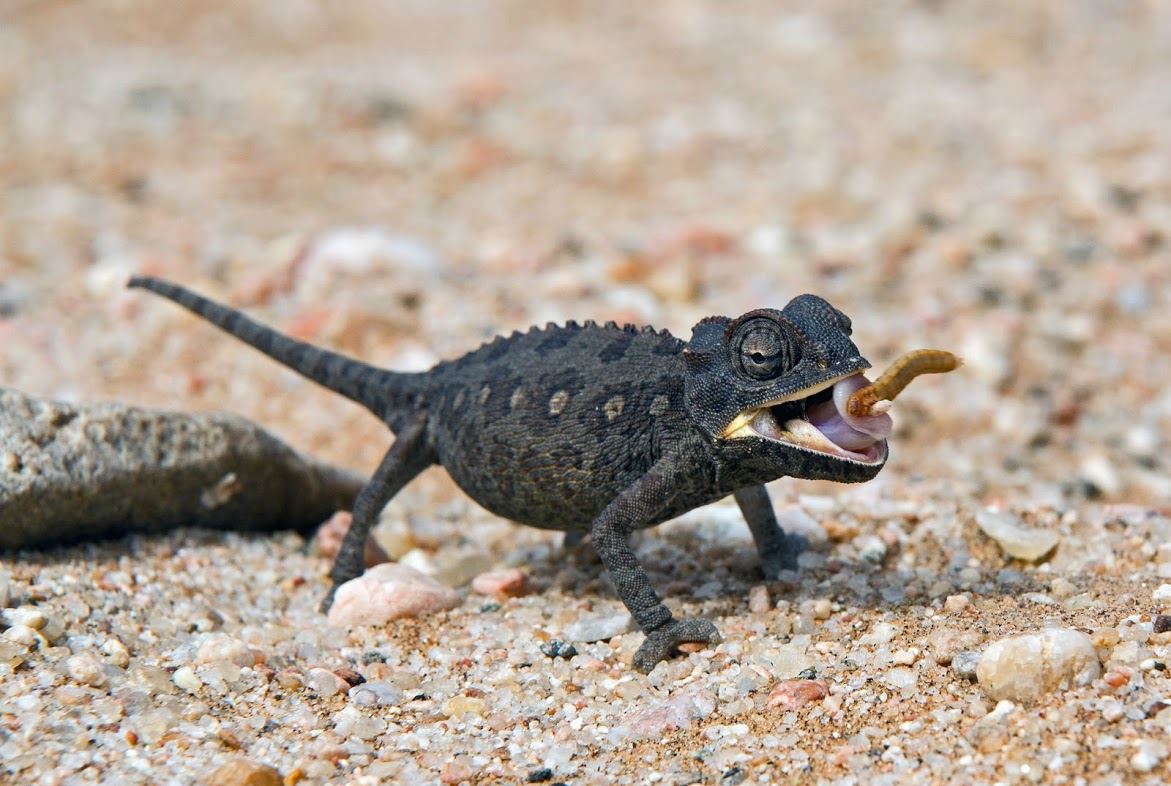 About the photo: The picture was taken in the Namib desert, just outside of Swakopmund Namibia.  It is in a part of the desert that is known as the Yellow Dunes.  It is a Namaqua Chameleon that is found in the Namib Desert in Namibia and Southern Angola.  It feeds mainly on insects and small creatures (including small chameleons). Equipment Used: Canon EOS 5D Mk3 with a Canon EF24-105mm f4 L IS USM Lens. Focal Length: 105 mm, ISO: 400, Apperture: f/10, Shutter Speed: 1/400.

About the photo: The photo was taken at Hen Reedbeds, Suffolk Wildlife Trust with a Canon 7D. Visit Bob's website to view more of his photography. 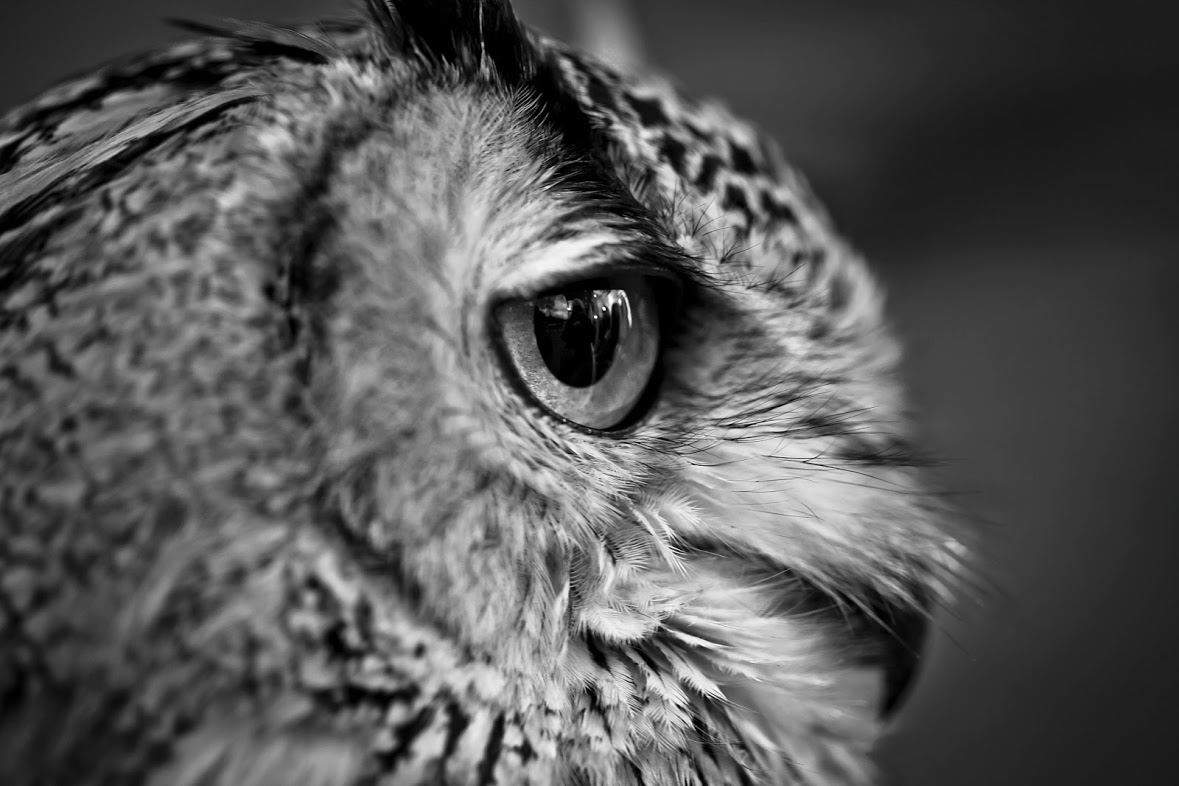 About the image: The photo was taken in Feb 2012 in the Lake District at a bird of prey show, which is why you can see the reflection of the spectators in the owl’s eye. I was assured by the handler that they were quite placid so I could get in quite close with the camera; I chose my macro lens to get a good detailed picture of the eye. It was getting quite dark and I obviously couldn't use my flash, so I had to go for ISO400 and a wide aperture but I still ended up with a shutter speed of 1/20th of a second which wasn't ideal but the image stabilisation did its job. The shot was taken on a Canon EOS 5D MKII, with an EF100mm macro lens at f3.2. 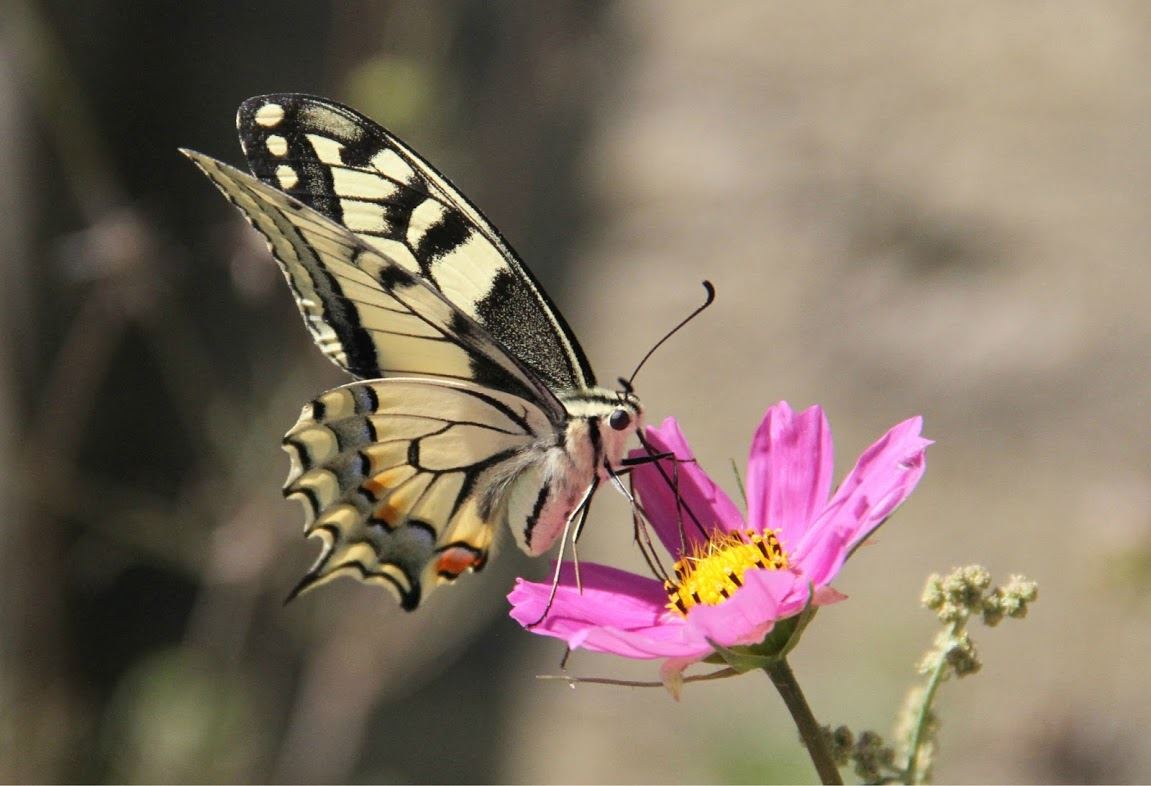 Photo info: The picture with the yellow swallowtail butterfly was taken with a Canon EOS 7D, with a kit lens 18-135mm, at 135 mm, f/5.6 and a high shutter speed. Shutter Priority program was used and Spot Metering Mode, having very good light conditions - which gave the possibility of a high shutter speed to freeze any movement. The lens only allowed f/5.6 maximum zoom, but it was quite enough to blur the background as my main interest was the shutter speed (bit windy...). Picture was taken in the Maramures County (N-W part of Transylvania - in Romania), a place where wildlife feels at home – definitely worth a visit :) More of Sorin's work can be seen on Flickr.

A big thank you to everyone who entered!

For more information on April's "Light and Shade" competition and how to enter please visit the post on the Wex Blog here.