Editorial: How can you be a more original photographer?

If one definition of genius is originality, what can we photographers do to create more individual and personal images? Geoff Harris offers a few suggestions. 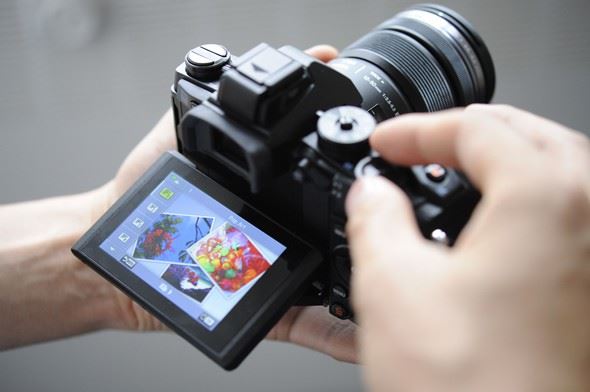 One of the biggest questions I have recently been wrestling with is how to take more original pictures, ones that say more about me as a photographer rather than my mastery of technique (or lack of it). There is no easy answer, so anyone expecting this column to supply a magic bullet is going to be disappointed. What I can do, however, is share some insights, often from great photographers, to help you at least begin the journey to a more authentic form of self expression.

Shoot what you love … but imitation only gets you so far

I recently interviewed the famous landscape photographer and teacher Charlie Waite, and he came up with a great answer when asked about the tendency of a lot of amateurs to tick boxes when it comes to landscapes; foreground boulder, tick; long exposure water, tick. “Cliches are not a crime, and people are just going through stages … ten-stop filters, piers and groynes are used a lot but I’m not going to say ‘you shouldn’t do that.’ It’s wonderful if you haven’t used a ten-stop filter before and go through that process of discovery, but it’s also a bit sad when you see somebody else has been to the same place and done it too.” By all means learn how to get these cool landscape effects, but don’t be surprised if your images end up looking like everybody else’s. What else can you bring to the image, that nobody else can?

It’s good to learn the rules, then break them

As photographers we are standing on the shoulders of giants from many other art forms, particularly painting. If you look at groundbreaking painters, such as the Impressionists or Picasso, they had formal training in traditional techniques before finding their own path. Picasso’s increasingly avant-garde work was often met with howls of derision from the art establishment but he was proved right in the sense that nobody would remember him if he’d just churned out copies of what had been done before. So I’d argue it’s important to study the basics – the magic triangle of aperture, shutter speed and ISO, as well as theories on composition – but don’t be afraid to then break some of the rules if it suits your vision. A good friend of mine has mastered the principles of conventional landscape photography, but he now focuses on more abstract interpretations of the environment, often taken on a smartphone.

How do you feel about it?

This brings me on to the next point. A major transition for many photographers is moving from simply recording information to recording their emotional response to it. Returning to landscapes again, Don McCullin is now almost as well known for his brooding, Wagnerian, black-and-white landscapes as he is for his conflict photography. These landscapes work so powerfully because Don is also recording his emotional response to the scene. As well as revealing his love for the countryside and belief in the healing power of nature, there is also a sense of loss, melancholy and foreboding. These emotions govern his aesthetic decisions to shoot in black and white rather than colour; to only shoot in winter; to add drama to the sky in the darkroom and so on. So next time you are out, try to capture how you feel about the subject, rather than simply recording it. Spend a few moments gently counting your breaths to relax and clear your mind.

Is originality even still possible in 2015?

The eminent photojournalist Stuart Freedman recently said that “photography isn’t rocket science”. Although this may not seem the case when you are struggling with a difficult exposure or trying to work out studio lighting, I know what he means. There are only so many permutations possible with a conventional camera and lens, and while you can experiment with different gear and effects, chances are that somebody, somewhere is trying to do the same thing. It’s the same with music; 51 years after the first Beatles album, many of creative possibilities in the popular song have already been explored. So it’s perfectly possible that you can ignore the rules and strive hard to capture your emotions but still never come up with anything particularly original. Such is the curse on all creative people, however, and you will never know until you try. I’d still argue that trying to find your own path will, in the long run, generate more interesting imagery than if you simply try to copy what has gone before.

Finally, it’s worth remembering that have never been so many ways to create an image as there are today. The choice is staggering, from smartphones, compacts and DSLRs to medium- and large-format cameras and beyond. A recent winner of the Deutsche Börse Photography Prize, Richard Mosse, used old infrared army surveillance film to record his images of the Congo. As well as creating amazing infrared images, the medium was perfectly suited to the subject as the area has been devastated by the effects of war. So always think about different ways to capture your images in your quest for originality.