Almost every camera can shoot video but few photographers take advantage of it. Geoff Harris explains why they should embrace the function. 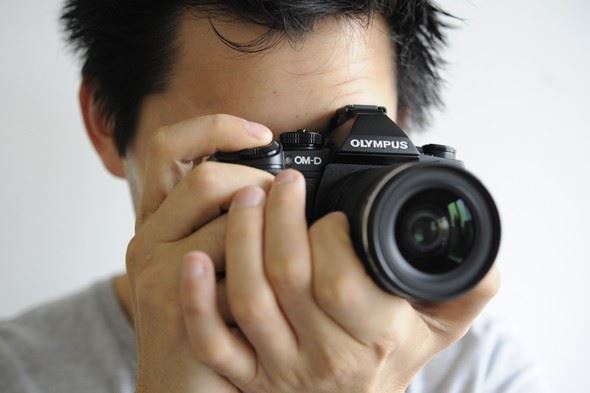 Considering that even cheap point-and-shoot compacts shoot video, and have done for years, it’s surprising how many stills photographers either forget about this feature or deliberately ignore it. Indeed, some almost seem to resent the addition of video functionality, as witnessed by the ripples of applause two years ago when Nikon brought out the video-free Nikon Df DSLR.

I’m not going to get into the rights and wrongs of Nikon’s decision to release the Df, but I believe that for stills photographers to wilfully shun video in 2015 is, at best, shortsighted, and at worst, self-defeating. We are image makers, right? We express ourselves visually. We tell stories, we document events, we capture fleeting moments, we convey emotions – so why would we reject a tool that enables us to do this?

Photoshop guru Scott Kelby once observed that “some photographers dislike Photoshop as they don’t understand it” and I think it’s a similar situation with video. Stills photography is hard enough without having to then get your head around making movies, which is a whole new skill set. But surely it’s good to learn new skills, if they help you to express yourself visually?

The unknown can be scary, but it’s getting harder and harder to ignore video in 2015. More and more cameras are now offering 4K video recording, for example. Not only does this offer higher-quality recording than HD, but it’s also possible to pull still images from the footage that are big enough to run as magazine covers. 4K-enabled cameras, such as the Panasonic Lumix GH4 and Sony A7s, while not cheap, continue to fall in price.

Even if you aren’t bothered about keeping up with new technology per se, pure self interest suggests you should at least consider shooting some video alongside your stills work. Stock image libraries such as Alamy are reporting greater demand for video as companies realise that buying footage is a lot cheaper than paying somebody to shoot it for them (the same thing happened with stills, remember?).

Many established photographers in oversubscribed genres like travel are also finding their videos are selling better than their stills. Carl Pendle is a good example of a travel photographer who has got his head around video and is prospering. He now works for high-profile clients and has achieved success with both stills and movies in the Pink Lady Food Photographer of the Year competition. Rather than an expensive video rig, Carl uses a Panasonic Compact System Camera, comparable in cost to a higher-end DSLR.

So, if you’ve decided that ‘if you can’t beat them, join them,’ what’s a good way to get started with video? There’s a lot to get your head around, but here are some basic principles. First, you can either use prime or telephoto lenses. Many DSLR film-makers prefer primes for their high optical quality, but zooms are popular too. Just remember that crude, excessive zooming can make your footage look like a 70’s kung fu movie.

Second, you need to choose a frame rate. Many film-makers go for 24, 25 or 30 frames per second (fps) as it looks natural yet professional, while 60fps can be switched half-speed for slow motion. Fewer frames mean smaller files and quicker rendering in editing software. For shutter speed, you need a speed that is roughly double your frame rate (so 1/50sec if you’re shooting at 25fps).

Focusing is one of the biggest challenges when you get started, so you usually need to buy extra gear. Since you still get the most consistent results by focusing manually (rather than by using autofocus) some kind of LCD magnifier is needed to check your focus, and a shoulder support is also highly recommended; shaky, jittery video is a telltale rookie error. Using narrower apertures can help with sharpness, too.

Sound is another big consideration when recording video; as the built-in microphones on even expensive cameras tend to be puny, you usually need an external one that fits onto the hotshoe. But extra gear is only one part of the equation, so I strongly recommend you do some kind of short introductory course. These can also help you to start to think more like a cinematographer, but the good news is that, as a stills shooter, you already have a good foundation. Yes, it’s a steep learning curve – and I haven’t even mentioned editing your video yet – but learning new skills should be seen as fun, not a chore. Remember how intimidating your first DSLR, or editing Raw files, seemed at first?

If you’re still unconvinced, consider this: one of the best ways to grasp the principles of film-making is to watch the masters at work – so it’s a great excuse to sit around watching classic movies and TV shows!