Three Things to See in London This Weekend

There's always great photography to see in the capital, and here are our picks for the best this weekend

"...so many people take those simple snapshots of life, but there's something about Eggleston that no one can match" Sofia Coppola Our new exhibition William Eggleston Portraits is now open npg.org.uk/eggleston #Eggleston #WilliamEggleston #npg #nationalportraitgallery

A photo posted by National Portrait Gallery (@nationalportraitgallery) on Jul 21, 2016 at 3:17am PDT

A pioneering American photographer noted for his bold and playful use of colour, William Eggerston is rightly well regarded for his strange and beautiful images. This show focuses on his portraiture, demonstrating repeatedly that portraiture is a complex art, and a picture of person is rarely just that. Eggerston's portrait work frequently featured his own family and home town, a detail that makes them no less oddly compelling. This show at the National Portrait Gallery promises to provide a wonderful promenade through the unashamedly weird.

From Time Out London's review: "This is not a big show, for a man who is supposed to have taken more than a million photographs, but I could spend a week in it, happily. Or a year. You have to see Eggleston’s work edited in this way. And you have to see his photos in the flesh." 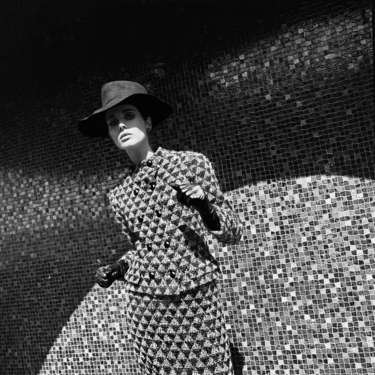 The Photographers' Gallery, always a wonderful haven for the photo lover to lose a few hours, has put together the first major retrospective of Terence Donovan's work. Donovan was one of the most prominent London photographers in the latter half of the 20th Century, rising to fame with images of the era's iconic stars throughout the Swinging Sixties and beyond. Always interesting, never predictable, Donovan rose to great acclaim with famous faces of the era queuing up to pass before his lens.

From the Daily Telegraph: "At his death [Donovan] had just completed a portfolio of Swinging London’s second incarnation for GQ. And National Anthems, a 21-portrait portfolio of rock ’n’ roll heroes from Jarvis Cocker to Bryan Ferry, turned out to be his requiem. He died when fashion, music and art had swung around again to coalesce in an era that might have reminded him of those early days."

"Now, 20 years after that we have the chance to see both these aspects and many others too from this most British of photographers, brilliant, mercurial and never for an instant dull."

Until September 25, The Photographers' Gallery, thephotographersgallery.org.uk

A photo posted by Michael Hoppen Gallery (@michaelhoppengallery) on Jul 19, 2016 at 9:43am PDT

Michael Hoppen gallery takes a trip to the 1970s with the aid of contemporary press prints to chronicle the rise of punk culture. From the famous faces of the Sex Pistols to the multitudes of fans who followed them, it's all here in a collection that's just as dirty, messy and raw as it should be. Power, grit and spit – it's all here.