A Fistful of Pixels

You have a digital camera, you have a mobile phone, and you know they have a few million pixels in them, but the latest models have more. Do you need them? Will your photos come out better if you have them?

YAWN! The camera manufacturers’ pixel race has been the most boring competition since the last World Paint Drying Championships held in 1957. Ever more astonishing numbers of pixels in their cameras, but does it make that much difference? This is an idiot’s guide (that is to say it's a guide written by an idiot) to what a pixel is, and how many you need.

Each pixel has a microscopic lens in front which focuses the light onto it, and which stops light that hits one pixel influencing the neighbouring pixel and making your photos fuzzy(er). Each pixel also has three teeny tiny amplifiers connected to it, which boost the electronic signal and record the light as being red, green or blue. So aren’t all pixels equal? Well no. You see, when a manufacturer makes an imaging chip, they can decide what size the chip will be, and then how many pixels they’d like to pack onto that chip. A mobile phone might have 3, 5 or 8 million pixels on a chip the size of a baby’s fingernail. A compact camera might have the same number of pixels on a chip twice that size, while a professional SLR might have 12 or 18 million pixels on a chip the same size as an “old skool” film negative (35mm).

How this works is by making the individual pixels smaller and bunched closer together for smaller chips and larger and more spaced out on larger chips. And perhaps surprisingly, bigger pixels are generally better. Smaller pixels packed densely onto a small chip tend to suffer interference, which messes up the photo. If you want to know what interference looks like, take a photo on your compact camera or mobile phone using its highest ISO setting (this is the chip sensitivity and equates to the old film speeds), or take a photo without flash in a darkish room. When you look at the shadow areas of the photo, you’ll see digital grain, or noise, and lots of messy red dots which is where the pixels are starting to have a bit of a fight with each other. Those red dots are in fact, tiny pools of blood from the scuffle...

So when you look at a mobile phone that claims to have 8 million pixels, remember those pixels are very, very small compared to the ones in an SLR. And small doesn’t mean more detail. In fact, if you have the choice between 5 million and 8 million on a mobile phone, you really won’t get any benefit from the higher pixel count. It’s just manufacturers want you to think you need the extra pixels so you can take better pictures and they’ll happily sell you the next model up. Really all you need to know is that around 3-5 million pixels on a mobile, and maybe 8 on a compact camera, is ample for all those pictures of kittens, sunsets and drunken mates. 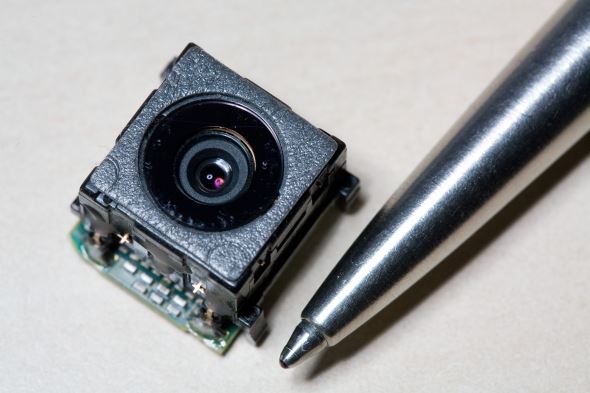 New technologies are coming through which will make these smaller chips work better, but then the same technologies will be introduced to larger-chipped cameras, and the quality will improve relative to that, so you’ll always be better off with a modest pixel count or a much larger chip.

So there you have it, the definitive, incontrovertible guide to pixels, which will remain current and authoritative until about next Wednesday, when no doubt a manufacturer will announce a 30 million pixel chip the size of a pin head which will capture fine detail in total darkness. The phone they put it in will still drop the signal every time you walk from your car to the front door…