Fancy a trip to Edinburgh? Don't miss these top locations for photographers

Ah, Edinburgh. Auld Reekie, Athens of the North, Dunedin – whatever you choose to call it, Scotland’s capital has been a photographic favourite for many years.

The great lump of volcanic rock that Edinburgh Castle sits on has been occupied for almost two thousand years, the castle itself present possibly half of that time. History leaks out of every cobbled stone and whispers from around every corner of the old town.

It is a truly beautiful city, and thousands of travellers admire it every year. Few, however, explore it further than the old town and the shopping highway of Princes Street. There are plenty of great photographic opportunities within those areas, and the list below covers a few, but Edinburgh has a lot more to offer than that.

There is a vibrant Instagrammer community in the city that explores all corners and several new photographic hubs where you can find your next favourite photographer, as well as lots of inspiration for exploring the nooks and crannies of this great city. As a resident of the city centre, I have a few go-to spots that I frequent when I want to shoot. Check them out, and add your own when you visit. 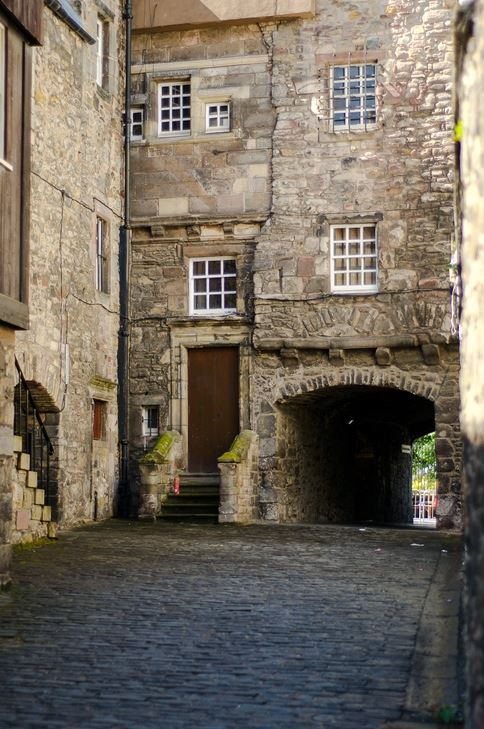 The main drag of the Royal Mile stretches down from Edinburgh Castle to the Holyrood Palace. It’s the highest spot in the area, and there are many small closes that connect it to streets below.

Narrow and well-hidden, the entrances to these closes are between shop doors and lead to some of the most atmospheric squares and some of the best views over the city.

Have a look at the Wikipedia article – even the locals wouldn’t believe how many closes there actually are! You could spend a day exploring all of them, and it would be a day very well spent. 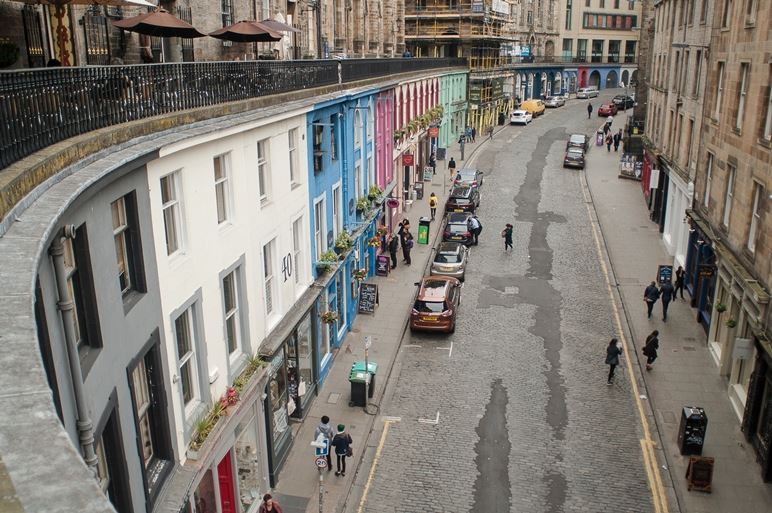 Hailed by many as the most picturesque street in the city, Victoria Street is certainly not short of character. From the colourful shopfronts housing some of the city’s prettiest independent shops and restaurants to the walkway above following the curve of cobbles to the bottom of the Grassmarket, there are so many angles to photograph in this area. 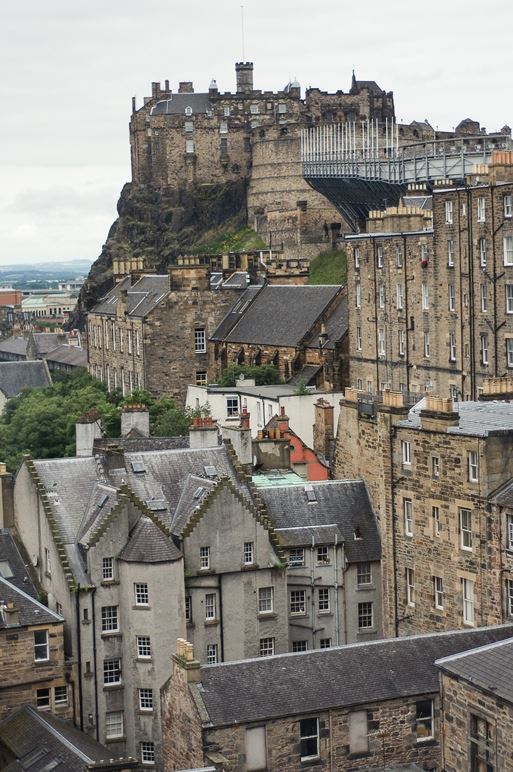 There is a great view of Edinburgh Castle from George IV Bridge, one that people constantly try to capture from the back windows of the cafés that line it. In my opinion the higher you go, the better the view will be.

To that end, the best shots from the Elephant House are no competition for the ones you get from the top of the Central Library. Unfortunately it’s closed to the public, but if you ask really nicely you might – just might – be rewarded with a tour. 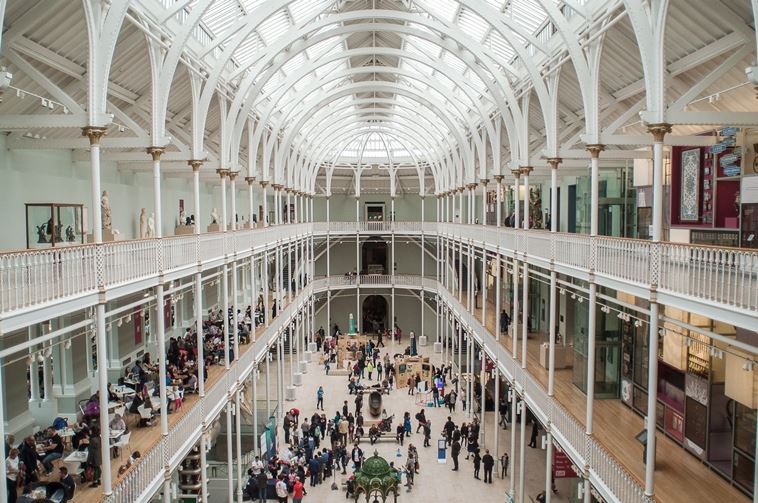 This museum is an absolute gem for a photographer. A fascinating place for people-watching, a marvel of Victorian and geometric modern architecture and a selection of wonderful views across the city from the rooftop garden, all in one spot! One not to miss. 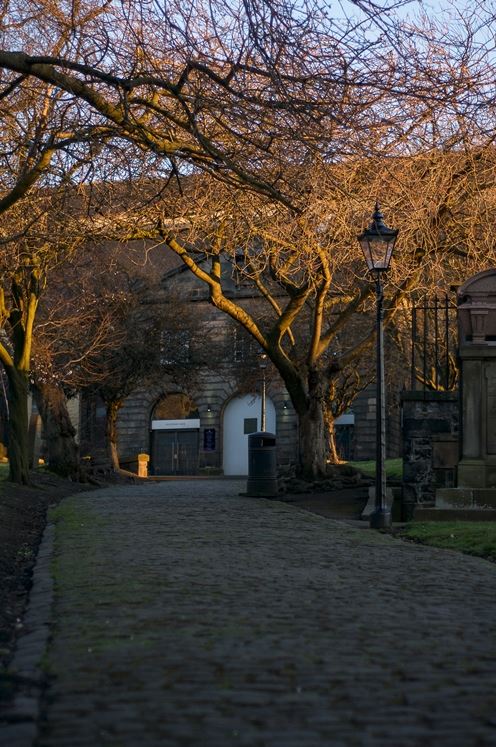 One can find solace in the middle of the old town amongst the crumbling tombstones and cast iron streetlamps of Greyfriars Kirkyard.

At least, that would be the case were it not for the scores of walking tours pointing out where Thomas Riddell – famous for almost sharing a name with Harry Potter’s Lord Voldemort, a.k.a. Tom Riddle – is buried!

Nevertheless, it still boasts a unique view of the city and the cherry blossoms in the springtime make beautiful atmospheric photos. 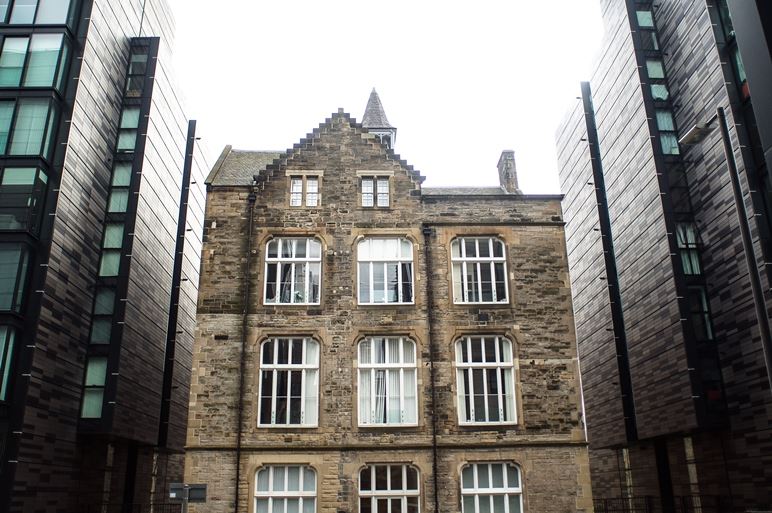 A relatively new development is the rejuvenation of the old Royal Infirmary complex. It has now been made into luxury apartments, and the glass facades pose an intriguing juxtaposition against the 18th Century turrets. A creative photographer will love finding new angles and reflections to use. 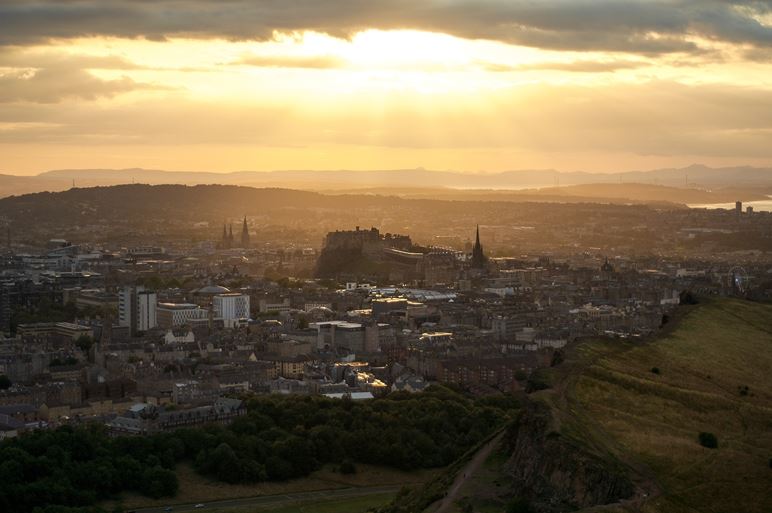 Not all cities come with an extinct volcano right in their centre. A short walk from Holyrood Palace is the mighty Arthur’s Seat.

Although the views are great at the top, staying at ground level and capturing a shelf of the earth’s crust puncturing the green surrounds certainly adds some drama to an otherwise plain cityscape.

The Salisbury Crags are open year-round and best of all, extremely accessible to the moderately fit walker. Just don’t climb them if you don’t want a fine!

This is a classic vantage point for photos of Princes Street. All the Edinburgh calendars will have a version, and with good reason! The sunrise can be seen coming over Arthur’s Seat and the sunset will light up Princes Street from the west. Not only are the views phenomenal but there are interesting architectural focal points on top of the hill as well. Check it out.

9. Leith Docks and the shore 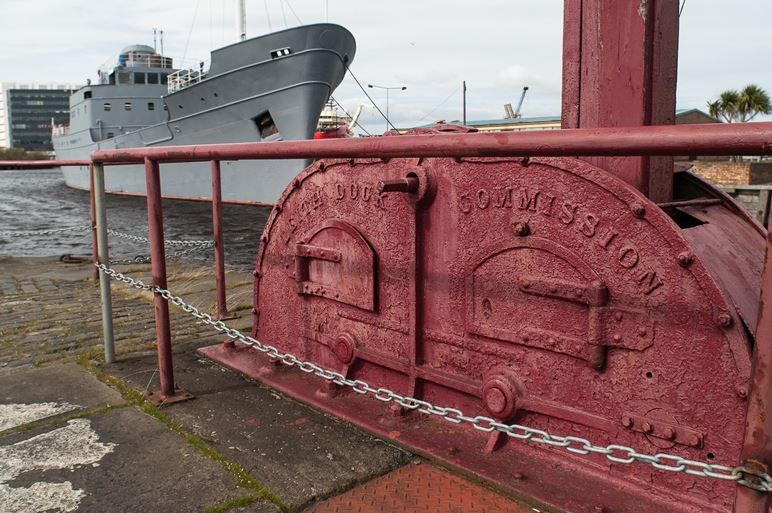 A part of the city not usually associated with a visitor’s itinerary, apart from seeing the Royal Yacht Britannia, Leith docks are an industrialist’s dream.

Jump off the tour bus a little bit early to point your camera at some wonderful exposed steel and brickwork in the area that brought in the majority of Edinburgh’s trade for most of the city’s existence.