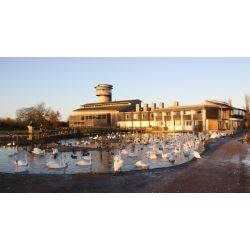 Despite having met Andy on a couple of occasions previously, I’d never had much of a chance to speak to him about his work. As such, as we pulled up in the Slimbridge WWT car-park in Gloucestershire, I was probably looking forward to the day as much as the 90 photo-enthusiasts that had bought tickets for the event.

The staff at Slimbridge are a very helpful bunch and obviously very proud of their centre.  And they have every right to be; the Slimbridge Wetland and Wildlife Trust is a fantastic venue and, combined with the beautifully crisp and bright winter weather we were blessed with, all but guaranteed a fantastic day.

Because of our luck with the weather, Andy made the decision to amend the running order of the seminar slightly to allow for more shooting time later in the day.  Quality of light is of great importance in Andy’s work and formed a major part of his seminar, so it made sense to make the most of the unusually pleasant weather and the fabulous facilities the trust offers.

As the attendees began to file in, we handed out the Wex Photographic seminar packs and it soon became clear that many people had travelled some distance to be there.  One gentleman had even made the journey from Ireland!

Andy’s involvement with Wex Photographic goes back some years and I for one consider us lucky to have such a world class photographer on board.  As such, after the briefest of introductions, Andy began his talk and I took up position at the rear of the theatre to listen to all he had to say. 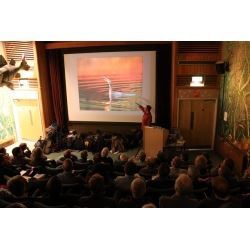 Most of you will be familiar with Andy’s photographic talents, but what you may not be aware of is what an excellent orator he is.  In fact, I’d go so far as to say that were Jonathan Ross’ holiday to be made more permanent, the BBC could do a lot worse than to ask Andy to fill his shoes!

The first half of the day consisted of Andy exhibiting and explaining some of his work and how he achieved it.  Questions from the attendees were positively encouraged, each one answered with Andy’s trademark honesty and lack of flannel.  The technical schpiel is kept to a minimum, the focus (excuse the pun) being on the photographer’s approach to image capture, rather than the camera’s settings, and Andy’s enthusiasm for photography and passion for the wildlife he photographs is evident throughout, as is his knowledge of his subject matter.  This part of the talk was chock full of inspiration and information and gave everyone a lot to think about as they headed out into the park to put some of Andy’s advice into practice. 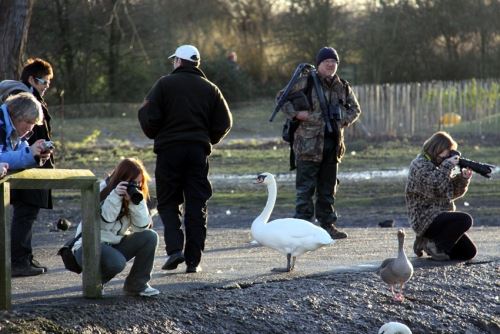 Judging by the camera gear on display, the seminar had attracted every level of photographer, from the enthusiastic beginner to the seasoned semi-pro, and each one of them appeared to be getting a huge amount from Andy’s words as they made their way around the wetlands, lenses glinting in the warm glowing light of a gorgeous winter’s afternoon. 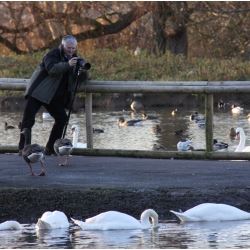 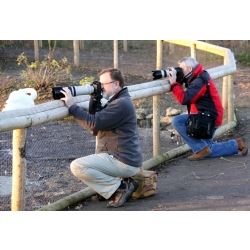 This break in proceedings also gave us Wex Photographic delegates the chance to meet and talk to some of the attendees, be it about a prospective purchase, a technical problem, or a casual chat about photography in general and their enjoyment of the day.  For the majority of the time, our customers are just a voice on the end of the telephone, so to be able to get out and actually meet some of you is fantastic and something that we hope to repeat on a regular basis.

I also took the opportunity to photograph some of the trust’s featherless friends in the amphibian area, yet another string to the Slimbridge bow. 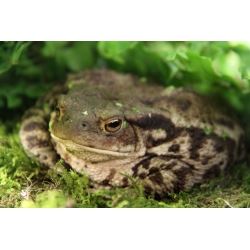 The afternoon session looked at technical information, including equipment used and Andy’s own approach to workflow and software usage.  Several of his images were processed and edited live on his lap-top while the attendees watched the transformation take place on the large cinema screen, and once again questions were encouraged and answered.  My personal highlight of the afternoon session was Andy’s impersonation of fighting tigers, but equally impressive were the entries into the Visions of Light photography competition. 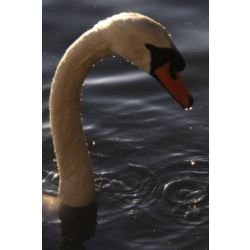 Andy showcased the top 6 images, making it clear that these were his choices for the top positions and a matter of opinion.  The fact that photographers should be able to make their own mind up as to whether their image is “good” without resorting to rules written in stone was another theme to the day’s talks and Andy was keen to point out that just because he had not chosen a particular entry for a top spot in no way meant that the image was lacking. He was also exceptionally complimentary regarding the level of entries for this competition and stressed how difficult it had been to make the final decision.

The top 3 images were all met with great admiration from the attendees, the third place image from Valerie Duncan meeting with a particularly loud inhale of breath in the area I was sitting in. 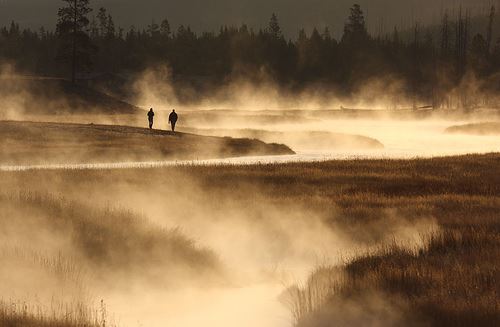 The colours and composition of the second place image from Maureen Dennis made it particularly difficult to separate this from the first place winner. 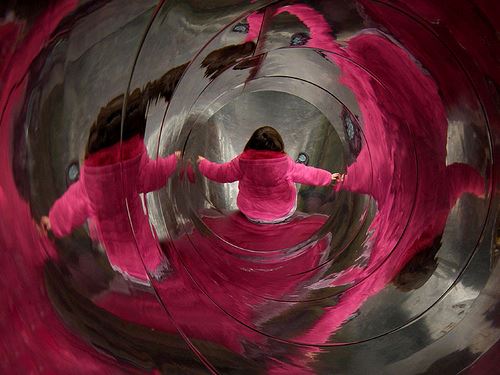 In the end, Andy chose Beena Varghese as the overall winner, describing her simple set up and effective composition as “awesome”. 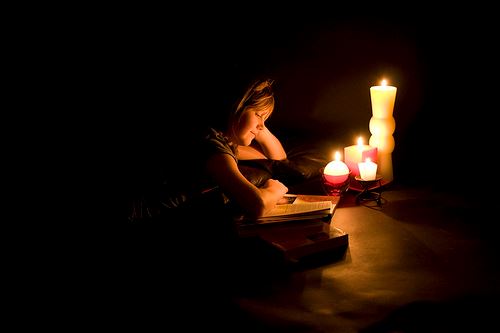 Many of the attendees asked if they could have a list of some of the software that Andy uses, so here it is in his own words:

By the time the seminar ended to a rapturous applause from the audience, darkness had once again enveloped this little corner of Gloucestershire, but as the attendees made their way back out into the cold, many of them stopping to offer their thanks to both Andy and ourselves, it was clear that the day had been a great success for all concerned. 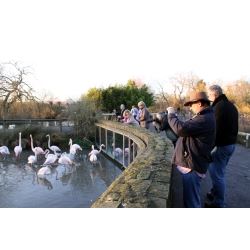 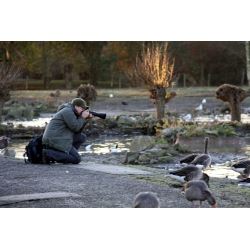 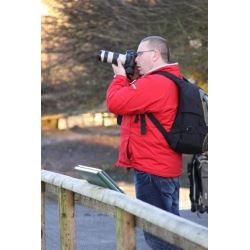 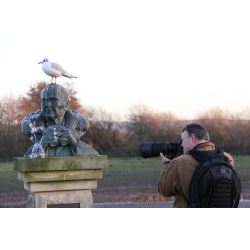 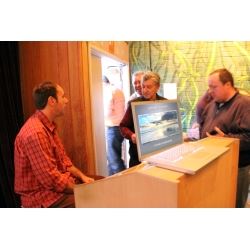 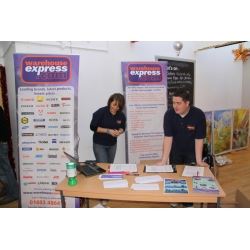 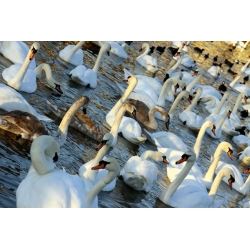 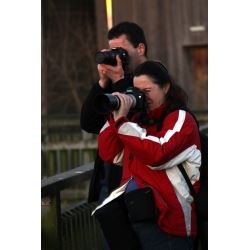 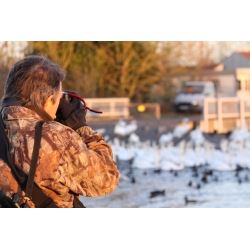 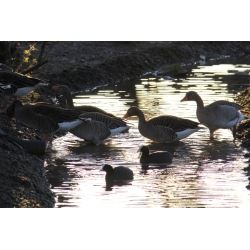 If you attended the Visions of Light seminar at Slimbridge on 6th December 2008, thank you so much for coming, we hope you enjoyed it as much as we did! Please let us know what you thought by commenting on this article.