Does a camera’s sensor size matter? Or are there more important things to focus on? Geoff Harris lets us know what he thinks. 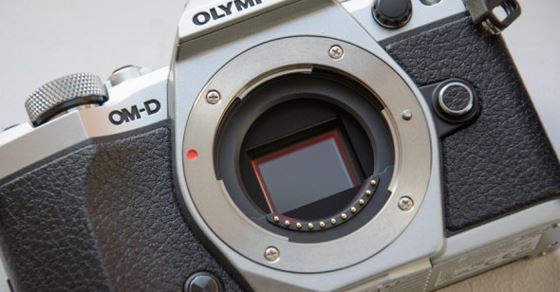 Does size really matter when it comes to sensors? It’s a timely question. With full-frame DSLRs cheaper than ever, owners of cameras with smaller APS-C sensors my be feeling insecure about their size and wondering if they should upgrade. But is this a valid concern? Or is it akin to being envious of your neighbour’s bigger car or TV set? Could it be that going full frame will make little practical difference to your photography, but end up emptying your bank account? And what about the sensors inside Micro Four Thirds models and other Compact System Cameras?

Before I try to answer these questions, it’s important to point that there is much more to good photography than buying a camera with the latest, greatest sensor inside. Give an inexperienced photographer a high-end DSLR and you’ll probably end up with mediocre images, while a pro would be able to deliver interesting images on a £50 compact camera. When thinking about sensors and upgrading, it’s very easy to get sucked in by marketing hype, as makers struggle to find new hooks and selling points in competitive, and often shrinking, markets.

That established, let’s look at the pros and cons of each sensor type and try to address the ‘upgrade’ question. A full-frame sensor is roughly the same size as the old 35mm film negative ‘frame,’ hence the name. Consequently, its light sensitive pixels, or photosites, can be larger than the same number of pixels on an APS-C format sensor. This matters as more light can enter these larger photosites relative to the noise produced by the sensor, which helps deliver a wider dynamic range and less noise when shooting at higher ISO settings than models with APS-C sensors.

So full-frame is always the better choice, right? Not necessarily. While it’s true that full-frame sensors can deliver large, high-resolution Raw files with lots of detail – as seen with the Nikon D810 or Canon EOS 5DS and 5DS R – you will pay for this benefit. Full-frame DSLR cost significantly more than their APS-C equivalents, and lenses designed to make the most of full frame, such as Nikon’s FX series, will also dent your wallet to a greater degree. Here’s another thing: some wildlife and action photographers prefer the extra reach that you get with an APS-C sensor, commonly known as the ‘crop factor’. With a crop factor of 1.5x or 1.6x, this means that a 24mm lens behaves like a 36mm lens on an APS-C body. Lenses for APS-C cameras are significantly cheaper and often lighter too, as they don’t require as much glass in their construction as full-frame equivalents.

So when it comes to deciding between a full-frame or APS-C camera, it’s a complicated decision for the non-pro. There is no doubt that a full-frame sensor will deliver detailed, high-resolution files, and their design means that you can often push the ISO higher without noise becoming such a headache, but if you don’t need such high-resolution files, wouldn’t you rather opt for an APS-C model and spend the money on a lens, accessories or photo trips? The Canon EOS 7D Mark II, for example, may ‘only’ have an APS-C sensor, but its blistering speed and autofocus have won many fans already. As with so many things in life it often comes down to cost; for a professional wedding photographer who needs to justify their bill by delivering many portraits with lovely, shallow depth-of-field, a full-frame DSLR is an obvious choice, but it’s not so clear-cut for the enthusiast wildlife photographer.

What about other types of sensor? Micro Four Thirds sensors are actually smaller than APS-C types, but that certainly doesn’t mean they are the third-rate choice here. A range of factors influence image quality. The Olympus OM-D E-M1 Compact System Camera, for example, may get by with a Micro Four Thirds sensor but it still delivers high-quality images. It’s backed up by smart AF technology, powerful image stabilisation, and of course, a great choice of sharp Micro Four Thirds lenses too.

So to sum up, it’s important that any serious photographer regularly reviews their equipment and considers their evolving needs. Be realistic about your budget, however, and consider the type of images you mainly take. When it comes to sensors, big is certainly good but not necessarily better. Here’s another take-home message: there’s little point upgrading to a full-frame DSLR if you have poor-quality lenses. If that’s the case, remember the old photography adage: “spend it on glass!”

Editorial: Can you still make money from photography?

8 Ways to get Completely Different Images