Editorial: What digital photographers can learn by shooting film for a week

When was the last time you challenged yourself? Geoff Harris reckons all digital photographers could improve their skills by going old-school. 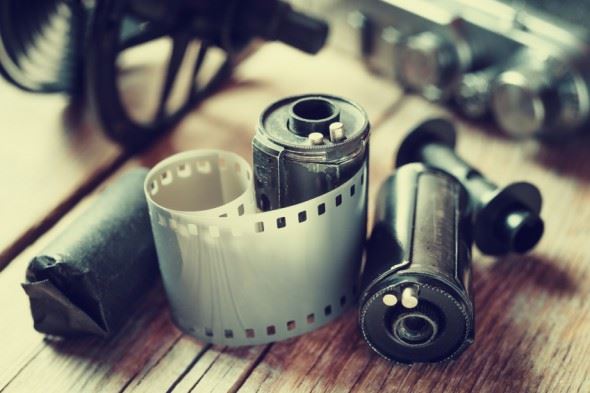 No, really. We’ve never had it so good in terms of high-quality cameras and lenses at affordable prices, and the convenience of digital is very easy to take for granted.

If you need reminding of this, or feel that digital has made you a bit lazy, try shooting on a film camera for a week. If you take it seriously, there’s a good chance you will notice an improvement in your photography – here’s how.

‘Getting it right in camera’ is something that a lot of modern photographers, myself included, tend to pay lip service to, rather than doing consistently. I’m as guilty as anyone; being an impatient type, I sometimes can’t be bothered to wait an extra couple of minutes for a distraction to disappear from a background, as I can crop it or clone it out in software.

Shoot film and suddenly cropping becomes much more of a palaver – sure, it can be done in the darkroom, or digitally via a scan, but it’s not as easy with film as it is with digital. As a result, you tend to compose more carefully with a film camera, and this can make a big difference to your framing. Henri Cartier-Bresson hardly ever cropped, and more recent documentary greats like Mary Ellen Mark avoid it too. I think a blanket ban on cropping is a little extreme, but I must admit that those of my images where cropping is avoided or restricted tend to be stronger.

As you don’t want to waste the very finite resource that is a roll of film, it’s another reminder to think very carefully about what you allow in the frame before you press the shutter button. It can be a big relief to only have to process, say, 36 film frames from a shoot, rather than having to slog through 360 digital images that sit there, mockingly, on your memory card. Editing a massive number of raw files can be a time-consuming chore, however efficient your workflow, and I wager a lot of digital photographers overshoot just because they can.

Image overload (and subsequent loss or accidental deletion) can be a big problem in our digital age, but the sheer cost of film meant that our predecessors avoided this problem to a greater or lesser extent.

Chimping – where digital photographers compulsively check freshly taken images on their camera’s rear screen – is another bad habit that modern cameras aggravate. Chimping can actually be pointless, as all that many people end up checking is a low-res JPEG preview on the screen, rather than the histogram, or the exposure graph.

Many professional photographers and teachers think it’s quite a dangerous habit, too. Portrait and travel shooters who compulsively chimp after each frame soon lose their connection with their bewildered subject, while documentary and news photographers can miss something really important as, you’ve guessed it, they’re glued to the back of the camera.

Travel photographer Gavin Gough, who runs the Bangkok Photography School, bans students from chimping until a shoot is over, and I think he’s right. With a film camera, chimping isn’t an issue, as there is no way of checking how the image comes out until it’s developed, which leads on to my next point…

Since you can’t preview the shot you have just taken, you can’t check the exposure. While this can be a drawback, it does force you to think carefully about whether you have selected the right aperture, shutter speed, film speed and focus for the subject, before you take the picture.

Yes, this is hard, and if you foul up, there is no going back. Skilled film photographers, however, get really good at working out what exposure settings they need according to the light and circumstances, without needing the camera to tell them. It’s a great feeling when you nail the exposure with film, and if you don’t, you can learn from mistakes – all of which will make you more technically competent when you return to your digital camera.

While digital SLRs have come on in leaps and bounds over the last decade, their dynamic range can still be limited compared to film cameras. In other words, film cameras are often able to retain more detail in highlights and shadows over a wider range of stops, and it’s harder to blow out highlights in particular. Return to a digital SLR and you will be cursing all those blowouts, especially on bright sunny days, so it’s another reminder that digital doesn’t get it right all of the time.

Of course, there are plenty of drawbacks to film – principally the cost of the film itself and the processing, the restricted low-light performance, and the faff of the darkroom – but I still believe that every serious digital photographer can learn something by going back to analogue for a week.

Editorial: The five worst photography habits and how to kick them

Editorial: People skills – do you have them?

Editorial: Tribes of Photography – Which Tribe Are You?