In the Favourite Locations articles we will be asking photographers to tell us about a particular location that they simply love to photograph.

It might be a small, local site that only a few people know about, or a huge expanse that requires some expert knowledge to get the best out of. It doesn't matter whether it's within walking distance or a day's plane flight away; it's all about the location, location, location.

Here, Helen Ogbourn tells us about one of her favourite photography spots: Dungeness 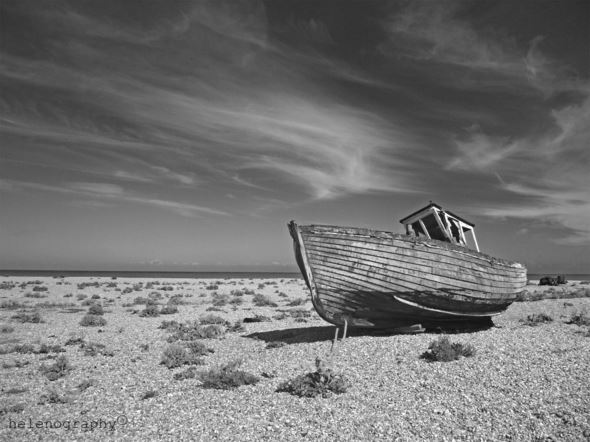 Dungeness is an intriguing place unlike anywhere else I have ever been in the UK. Located in South East England on a headland in southern Kent, the vast shingle landscape is dominated by two nuclear power stations. However in their shadow you’ll find, amongst other things, a RSPB nature reserve, a small airport, the world’s smallest public railway, wartime acoustic mirrors and two lighthouses. Along the shore you’ll find fishermen dotted along the beach at regular intervals, and trawler boats going to and fro against a backdrop of the white cliffs of Dover in the distance. 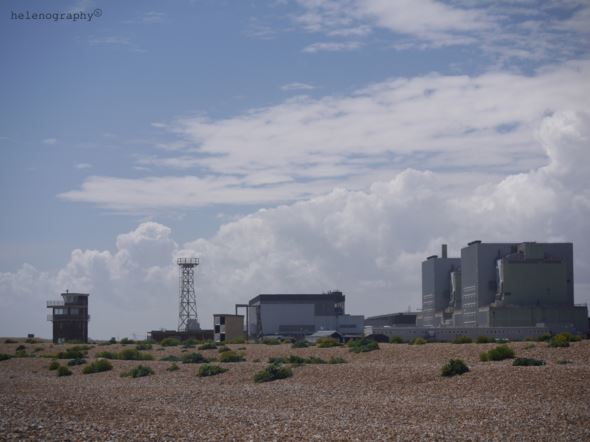 The beach also tells a story of time gone by where boats have been laid to rest, and where abandoned huts and random junk are scattered across the shingle. The most surprising thing is finding out that people live on the headland with the power stations as their neighbours, but in contrast the dwellings are works of art and bring life to the area. It’s altogether a fascinating place to spend an afternoon with a camera in hand. 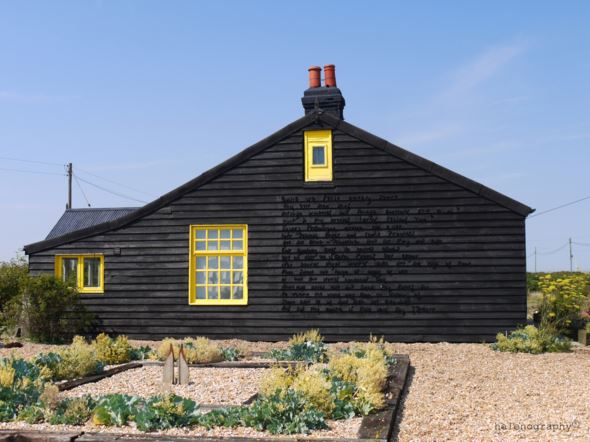 One of the houses at Dungeness

Dungeness is located on Romney Marsh at the south eastern tip of the UK. Approximately 21 miles south of Ashford, the tip of the headland is accessible via two roads: the Dungeness Road from Lydd, or the Coast Drive heading from New Romney via Littlestone-on-Sea.

The area is also accessible by train. The Romney, Hythe and Dymchurch railway will take you to the the foot of the power stations where you can hop off for a stroll around and a bite to eat at the cafe or pub. 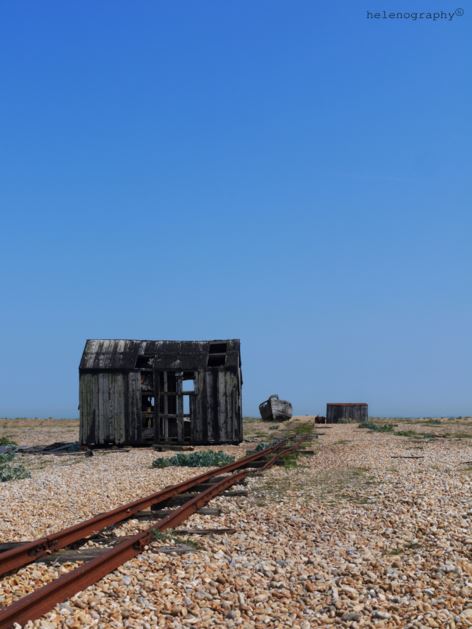 The area is accessible all year round, however some of the amenities and attractions are closed throughout the winter season. The sound mirrors at Denge are only accessible on guided tours.

No matter when you visit Dungeness, it’s advisable to take a windcheater (as well as good footwear if you want to venture off the road onto the shingle). The headland is exposed to the elements and even on a warm spring/summer day it can get quite breezy with the waves crashing onto the beach with quite a force.

It’s an area worth visiting in all types of weather as both clear skies or bellowing storm clouds could really add drama to your photos! 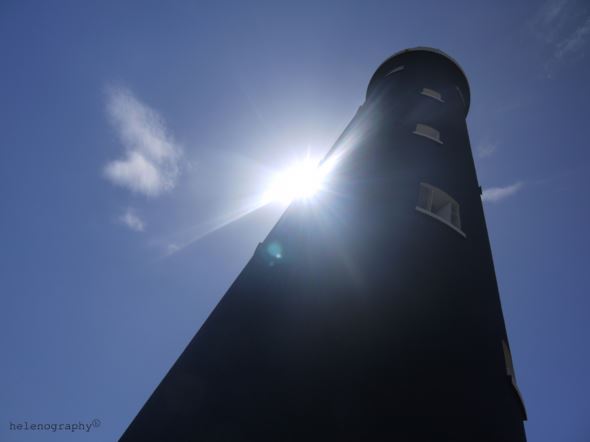 The Lighthouse at Dungeness

The uniqueness and diversity of the area provide opportunity for a fascinating set of photographs. It’s a place that offers you the chance to get creative and take photos that are just that bit different.

It’s an area that can leave you feeling a little bewildered and you’ll find yourself strolling around using words such as strange, interesting and unusual. 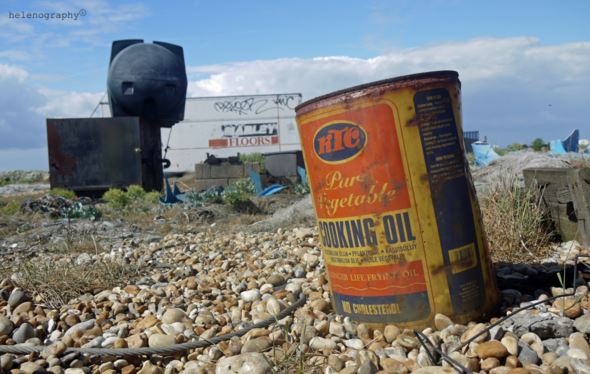 In particular I loved exploring the beach around the old containers and boats. At first glance, the junk is utterly random, but occasionally you’ll stumble across an organised collection of shells or a bench dedicated in memory of a fisherman and you start to feel a really personal aspect to the area.

As a photographer it’s a place I would enjoy returning to again and again, whether it’s for the landscape, the nature or to observe how people live in such an environment.

Helen Ogbourn is a photographer and blogger who recently completed a 365 project. To see more of her work, visit her blog or Flickr page.

Do you have a particular location you'd like to share with fellow photographers? Do you know a special spot that is so beautiful makes it almost impossible to take bad photos? Have you stumbled off the beaten path and found a landscape that others should know about?

If so, we'd love you to write a Favourite Location article for the Wex Blog! Simply write to us telling us what the location is, where it can be found, when people should visit and why it's one of your favourite places, plus include any of your own photos that show the location at its best.