Give a Child a Camera Part II – Returning to Africa

A year after he first taught photography in rural Uganda, Julian Claxton returns to Eden school to see how his students have progressed 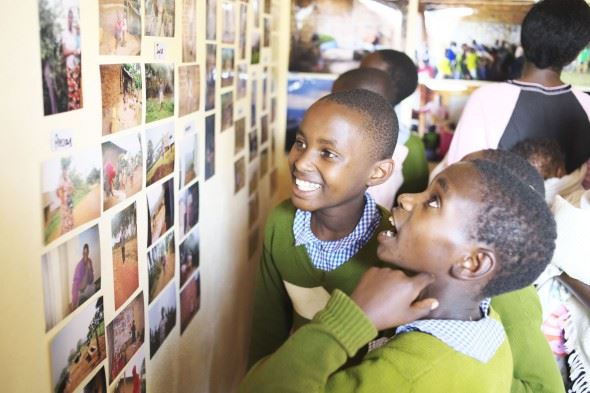 Students in their new photographic room during their exhibition. Images by Julian Claxton

Catch up with the first part of Julian’s adventures in his first blog post here.

My hand gripped the camera as the moto swung to the edge of the dirt track, my other hand holding the small backpack. The dust circled around, enveloping locals walking by as we sped past. Through the tiny village, we headed up a hill, and I heard a small child yell “Mr Julian”. I smiled.

My moto driver pulled up on the bank, and an almighty roar came from the school field as a hundred or so children came running over. More cries of “Mr Julian!” came as I tried to gracefully remove myself from the moto.

I returned to Southwest Uganda in February 2016, running the second part of my project ‘Give a Child a Camera’. This time I’d be teaching a new group of students, as well as of course most of the photo students from last year. 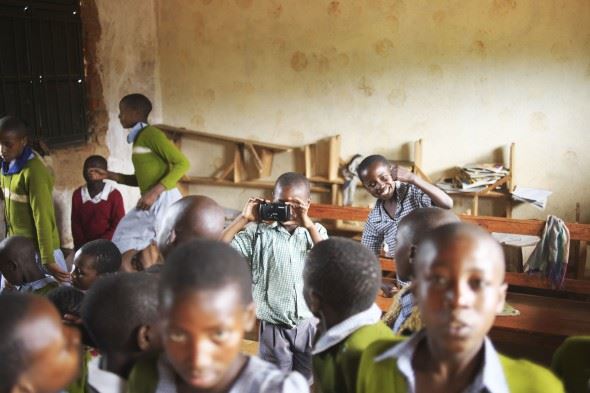 One of the students taking photos during morning assembly

Once unpacked, it was straight to work. I was stunned to learn that the photography notes I had left behind in 2015 had been superbly taught in my absence. Each of the large group gleefully told me how to hold a camera, where the shutter button was, when to use flash and how to operate the technology. I was so proud. Many of the students from last year handed me examples of their work (I had continued to support their processing costs). But the most amazing sight, and something of a surprise, was each child from 2015 turning up with their camera in hand and in full working order. I suspected some would have been lost or sold, but no, they were there. It set the perfect tone for the rest of my trip.

I proceeded to teach both sets of students and teachers the joys of photography, leaving them to explore their own ideas and visions. The great thing about teaching children like this is that they have no preconceived notions of what subjects they should be photographing. 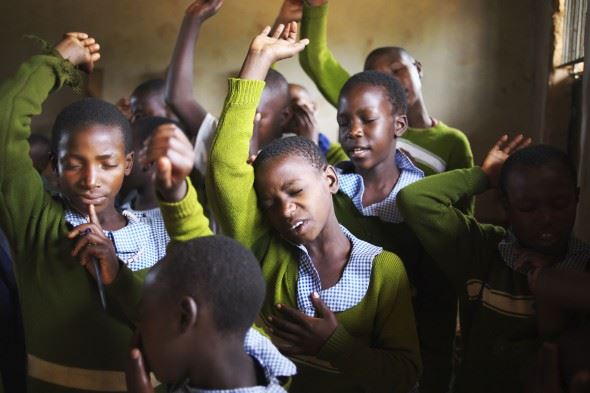 To continue the development of the project on a long term basis it was important the teachers felt part of it, so enabling them to also learn, was a crucial & equally rewarding element.

After a week of theory and practical, the new children were given their cameras and film, while the students from last year were provided with fresh film.

They departed school on a Friday, encouraged to take photographs of their community and life. 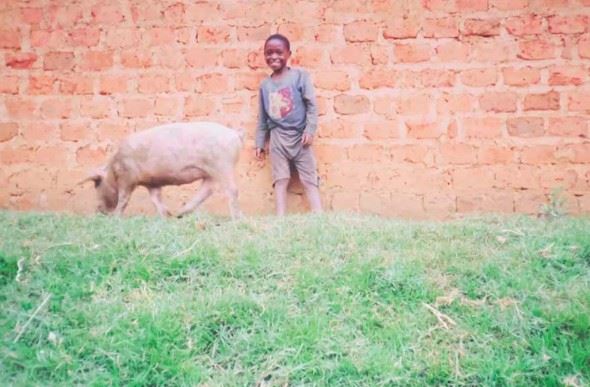 Much like the first installment of the project, I spent a nervous week wondering what the results would bring. As the children arrived back to school the following Friday I was presented with the cameras and film. The journey to town was a nerve-racking one – the children had set such high standards with their amazing work last year, and I felt the pressure. Numerous people had helped fund this project with supplies and finances, and no doubt were expecting results just as striking as last time. 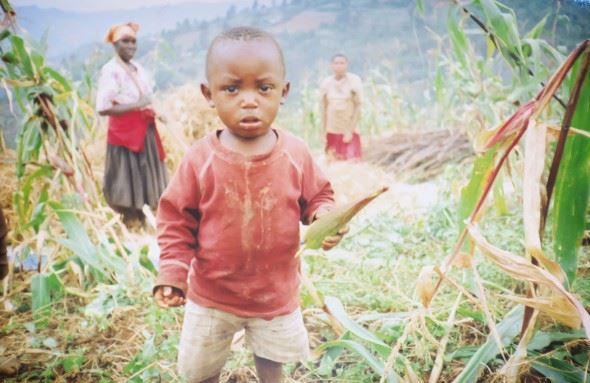 Forty-eight hours later and the prints were in my hand. A collection of inspirational, moving and stunning images. I was taken aback by some of the work; they showed terrific thought and composition providing a real insight into the lives of children in rural Uganda. In many ways, the work this year exceeded my expectations. 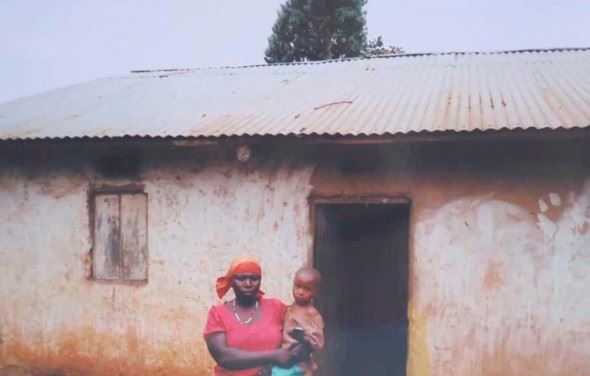 A room in the new school building was devoted to photography and provided the ideal base to exhibit the children’s work. A few days were spent arranging, sticking and painting the room. On the open day, over 140 parents, guardians and those caring for the children turned up (no doubt encouraged in part by the complimentary bread and tea). 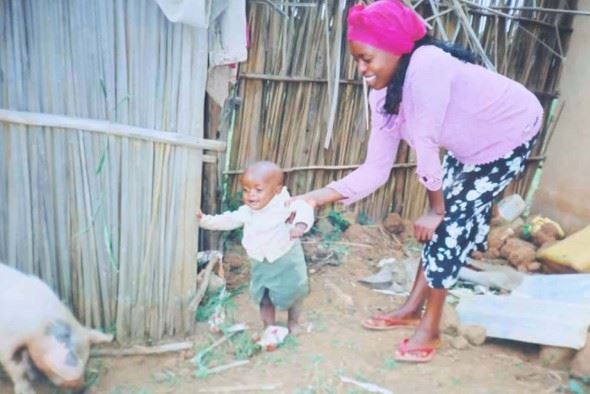 They seemed enthused by the work, so much so that a queuing system was organised, a very British way of dealing with the situation. Awards were given to the most creative photographers, but generally it was a wonderful celebration of creative excellence and the chance for the children to develop and enhance new skills. 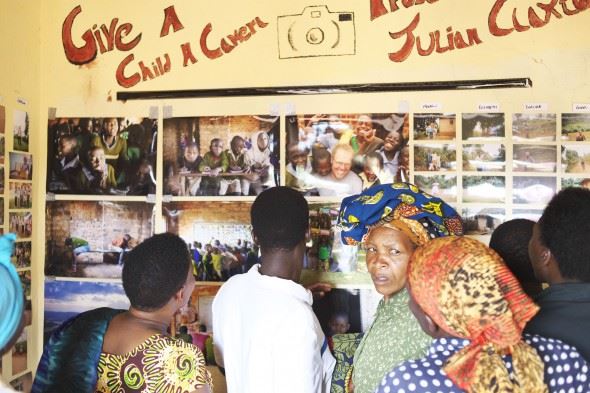 The exhibition of the children’s work 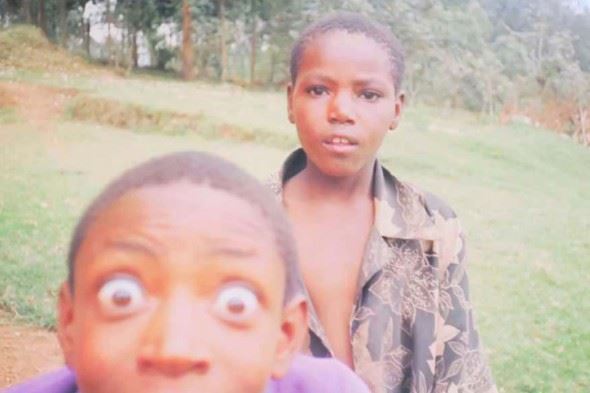 Students in their new photographic room during their exhibition. Images by Julian Claxton

The children of rural Africa never cease to amaze me. Their commitment to learning and their ability to soak up information, producing wonderfully creative images as a result, is a testament to their personalities and resilient nature.

Episode three of ‘Give a Child a Camera’ will be taking place in 2017 – the project is continuing to progress, and the next objective is to implement it to a deaf school in eastern Rwanda. Visual imagery is a key progression in this school, which already has workshops teaching basic carpentry and life skills to a section of society that would otherwise be somewhat secluded.

Work at Eden school in Uganda will continue. As well as providing new permanent sanitation, the school is benefiting from sustainable measures including the production of vegetables and livestock.

Julian is exhibiting images from the students at Eden school at Sam’s Coffee House in Lowestoft from the 13th August. Visit the Facebook page for further information and event details. A book showcasing the first part of the project is available directly from Julian

Julian Claxton is a freelance photographer who has held numerous exhibitions, been featured internationally in print and been a finalist in the National Geographic competition. One of the images he shot at Eden School went on to win the 2015 Travel Media Tourism and Photography award. See more at his website julianclaxtonphotography.com.