...good Equipment from Desmond Tripp", or so states a small box advert in the back of Good Photography magazine, dated December 1962.

It's a Christmas edition, so de rigueur snow scene on the cover.

I'm not sure how I came to have this 48-year-old photography magazine, but it makes for interesting comparison to today's photography magazines. And that particular advert caught my eye because Tripps used to be in Green Street, Bath (my home town) and Desmond Tripp gave me my first career advice when I asked him, aged about 13, what he thought of my photos and making a career in photography. "There are better ways of killing yourself" were the words I'll never forget, though he seemed to like the early snaps I showed him.

One article, laboriously called "Facts and Fallacies about Focusing by Percy W Harris" goes into a fair bit of detail about focusing, depth of field, zone focusing etc, but without the benefit of a single illustrative photo. Of course any article on focusing now would include snazzy photos of lines of fencing or macro shots to illustrate depth of field at different focal lengths and aperture settings. 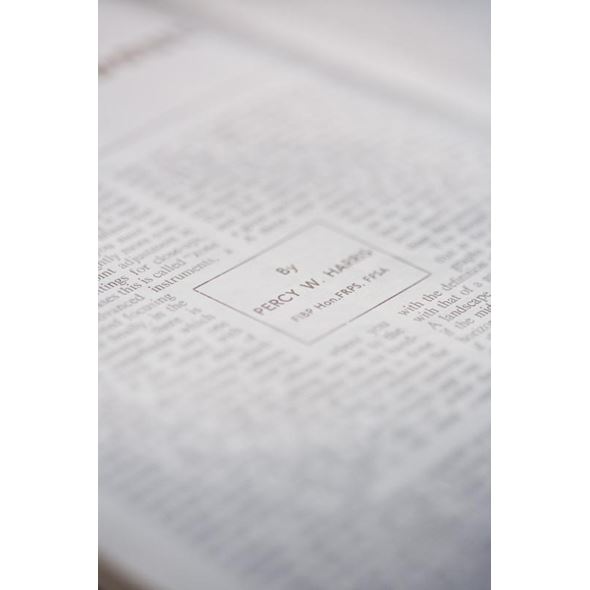 Percy's article speaks of "magic eye" cameras, which from my limited knowledge of Topkons and Kodak Retinas seems to mean an early form of auto exposure. Split-image focusing and cadmium sulphide exposure meters were coming in as cutting-edge technology, but electronic flash was still minority gear.

Another article, "Colour Pictures After Dark - In Colour by Peter Hunter", is illustrated exclusively with black and white photos, so I can only assume it was an article syndicated from another magazine. The article mentions colour, but a change of title would have made more sense. Now of course, there are a lot of magazine articles that tell you how to get the best black and white from digital cameras. Things are coming full circle.

What really strikes me though is the tell-tale "he" in some of the articles in reference to photographers in general. One article is headlined "What shall I buy him for Christmas?", and is illustrated with a slightly dizzy-looking housewife type hanging a giant snowball decoration, smiling gamely as she ponders what the man in her life would like to add to his photographic bag. Presents for children get a mention, but not women nor any concession to the he/she options. Perhaps even in 1963 it was considered too risky for a woman to worry her pretty little head about cameras, lenses and all those technical settings. She might overdo it and have a hysterical fit.

Yet another article describes The Photographic Convention, organised by the Institute of British Photographers, and this article includes a photo of "the press symposium," described as "A bevy of knowledge!" while the convention's female receptionists are photographed together as "A bevy of beauty!" Of course it's unfair to say women are excluded entirely. The classified pages are stuffed with ads for nude, glamour and figure study sets, so women did have a place back then as Canonette fodder.

Mind you, check out many glossy photo magazines or photo sharing sites and to be fair, not so much has changed after all...