Perspective: Quitting My Career to Become a Filmmaker 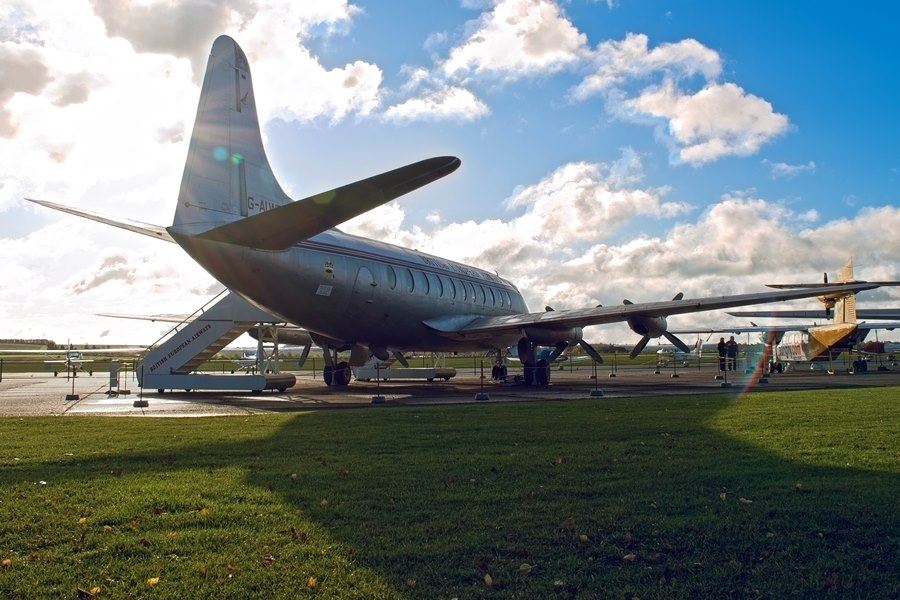 Having spent most of my education interested in fine art, photography and film, I hit a brick wall upon finishing my A levels. I had several older friends who, after finishing art-related degrees, were struggling to find work. This made me wonder if studying at university was really for me. I didn’t want to spend my days struggling to find a job and make a living, and the idea of more schooling seemed like the most unappealing choice available.

With a part-time job, I saved up enough money to buy a Sony Handycam DCR-TRV18E. I thought it was the best thing in the world and spent most of my free time making silly short films of my friends skateboarding — using primitive editing software and an underpowered PC. At this point, I never really considered filmmaking as a potential career option.

Before long, my dad suggested I try for an apprenticeship in aeronautical engineering. Flight had always intrigued me, and the job was somewhat creative — I’d be designing and making things after all. Goodness knows how, but I took the entrance exam and out of hundreds of 16- to 19-year-olds, was one of nine successful applicants. A year later though, and I really wasn’t happy at all. The work was dirty, gruelling and in no way creative. But, having made it this far, quitting seemed like a waste of time, and with my first taste of a full-time salary, the pay was too good to turn down.

I promised myself that I’d do something I was passionate about one day, and with that in mind, I bought myself an iMac, Final Cut Pro and a Canon DM-XM1. I soon realised, I had no idea what I was doing! Over the next three years, I spent every moment of my free time, filming, editing and reading/watching tutorials. Finally, the day came when I finished my apprenticeship and became a fully-fledged aeronautical engineer. Most would have been ecstatic, I was now an engineer and my pay reflected that. I quit within six weeks…

I decided to travel the USA for three months and would try to find a job on my return — easier said than done. I soon realised that what I knew about filmmaking was a drop in the ocean. Despite sending out hundreds of emails and letters regarding job opportunities, I heard nothing back. Needing a quick solution, I decided to return to engineering and accepted a job working on Chinook helicopters.

Five years later and I was comfortable: The money was great and the work was easy. Heck, who wouldn’t want to flying around in Chinooks all day? And yet, I still believed I could earn a living creating films. Some of my friends’ careers were flourishing, so I contacted everyone who I thought might need some help on their projects. Over the course of a year, I got a few opportunities and even managed to land a couple of paid jobs — my first professional contributions to the industry. However small, it was the start of the portfolio I so badly lacked. It was naïve to think I could become a filmmaker without building a foundation of real-world experience.

Soon enough, the quality of the projects I was working on increased and I felt more comfortable working for clients. I was now in a position to pursue the filmmaking career I had longed for. Once again, I quit my job as an engineer and decided to go for it. This time, something was different; things were really starting to work out. I was making a lot of content and the production looked great — I’d even made a few music videos that I’m still proud of today. And yet, I still wasn’t getting anywhere financially.

As valuable as experience is, you can only work for free for so long. You reach a point where you need to stand-up for yourself and say that you're worth more. Around this time, I was offered another engineering job and a salary I couldn’t refuse — déjà vu anyone? By some weird twist of fate, a fortnight before I was due to return to my old career, I was offered a last-minute job working with a friend for a very credible marketing agency. I thought: Great! One last filmmaking job before I return to engineering. Little did I know, it would be the job that finally got my filmmaking career rolling.

Having finished the project in question, I was offered another job the very next day. Not only was it amazing work, but it was well-paid. Finally, I was earning enough money that I didn’t need to return to engineering. With my faith restored, I made a simple website which helped me to gain more work and build my business. Two years later and it seems the more I look for work, the more I find. Word of mouth and recommendations are crucial, if you maintain a good working relationship, you’ll often find yourself working alongside the same people, be it clients or colleagues.

My advice to anyone thinking about becoming a professional filmmaker, photographer or creative, is to understand the struggles that come with it. Make sure you’re financially stable before you commit, and know that the work will often come in peaks and troughs — especially at the beginning! Above all, believe in you and don’t undersell yourself, something I really struggled with at first. Finally, get yourself out there. It’s no good having a great body of work hiding away; put it online for the world to see!

James Sharp is a professional filmmaker and photographer. To find out more about his work, visit his website.

Perspective: Why mirrorless cameras will be the death of the DSLR

Perspective: How Having a Young Family Made Me a Better Photographer