Perspective: Stop the Idiots Ruining Drone Photography for Everyone

It is with a heavy heart that I must announce, the drone idiots are at it again… 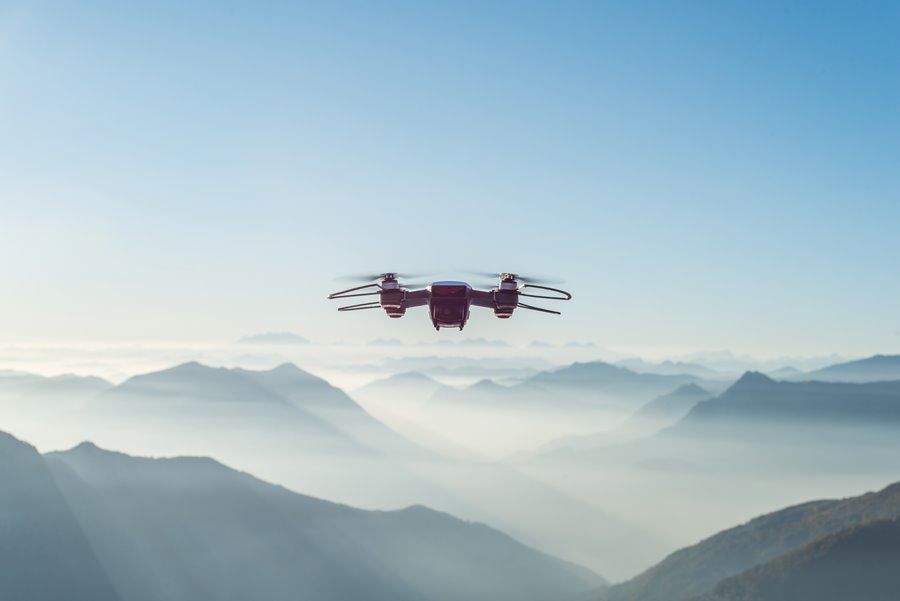 Google drones and you’re likely to come across a recent news story in which someone has chosen to defy any form of morality and put others in harm’s way. In fact, only earlier this month, the New Zealend Herald reported an incident in which a rogue drone temporarily suspended operations at a military air force base in Auckland. The news outlet quoted CAA deputy director of general aviation Steve Moore, who referred to the perpetrators as ‘idiots’.

I couldn't have put it better myself. In fact, there have been countless examples of drone misuse prior to this incident. Here are but a few...

Back in February, a video surfaced online that appeared to have been shot by someone using a drone to fly directly above an in-flight commercial jet, over McCarran International Airport in Las Vegas. It was originally posted to a private Facebook group, but subsequently escaped into the wider internet after members of the group, concerned at how stupid it was, ripped it and leaked it.

Before that, you may have seen this mesmerising video from last year that showed the chaos a single errant drone caused at London Gatwick airport, when a user steered it too close to a moving jet. At its closest point, the drone passed between the plane’s wing tip and fuselage. The flight’s captain estimated that the drone put 130 lives at risk and that a larger plane may not have been able to avoid it. Before that, there’s the drone that flew too close to a crowd watching a fireworks display in Ontario, Canada. Before that you may have seen the drone that actually hit a British Airways jet at London Heathrow. Before that… well, you get the idea.

Given all this, it was hardly a surprise at the tail end of last year when the UK government’s Department for Transport announced it would be introducing a bill to give police a new selection of powers to deal with drone users suspected of breaking the law. This includes such delights as giving police the power to seize a consumer drone if it is suspected to have been used in a crime.

Drones weighing more than 250g (which encompasses most popular consumer models like the DJI Mavic Pro, or basically anything larger than a toy) will need to be registered, and police will be able to demand that users produce their registration documents on the spot. Also on the horizon are measures like flying height restrictions of 400ft and more sophisticated geofencing (electronically preventing a drone from entering certain areas).

At this moment, drone photography is as open and full of possibilities as it will ever be. It’s only going to get harder and more restricted from here, and the reason for that is the idiots. The idiots in flight paths. The idiots in no-go zones. You may call the proposed government regulation and policing of drone behaviour draconian, and you may have a point, but behaviour like this simply does not leave lawmakers with many options.

“But what can I, a responsible drone user who obeys the rules, do about this?” I hear you ask – mostly because I constructed you for the sake of getting to this bit... Well, I'm glad you asked. While regulation is inevitable, there is always more self-policing that proactive and responsible members of a community can do to make things better for everyone.

Pay attention to the behaviour of your fellow drone users, and don’t hesitate to call out those who demonstrate risky or irresponsible behaviour, whether online or in person. Personal drone licenses are likely to become mandatory – make sure to pass your tests with flying colours, and display them proudly when you fly.

This doesn’t mean just rolling over. If you believe that proposed legislative change to drone use goes too far, or indeed not far enough, then it’s up to you to make your voice heard, whether that’s through writing to your MP or engaging in a local organisation with fellow drone users. Drone manufacturers like DJI are also open to dialogue on how drone use can be made safer and legally compliant. The policing of a community goes both ways – the idiots should not be able to stop you from standing up for your rights.

Drone photography is an amazing genre, alive with possibility, and it isn’t going anywhere. But the level of regulation is only going to increase as long as idiots can think of creative ways to be... idiots. The community needs to respond collectively. Be better than the idiots. Don’t let them ruin drone photography for everyone.