Photography as a Career in 1945

Photography as a Career by Focal Press

I inherited this little red book from my late father. First published in November 1944, when the RAF were busy sinking the German navy and flattening cities, the book was republished in April 1945, the month and year Hitler shot himself. Perhaps he could see his dream of becoming a wedding photographer after the war wasn't going to come true. 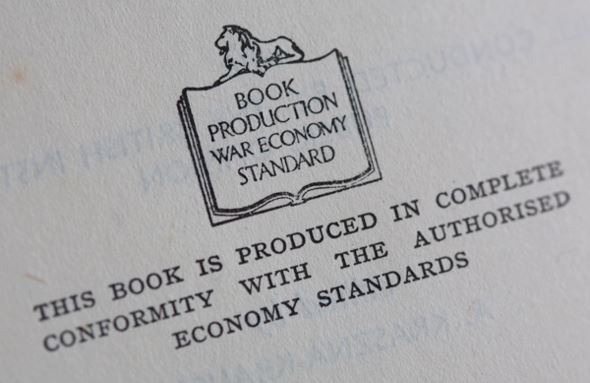 Servicemen were thinking about life (and work) after the war

The Allied counter-offensive was well under way by this stage of WWII, and people were starting to look at life beyond the conflict, and what jobs and careers (in this case in photography) might be available to servicemen and women demobilising and returning to civilian life.

Of course even during the war there were career photographers making very respectable livings, and some of them contributed chapters to the book, each with a set theme (Portrait Photography, Commercial Studio, Fashion, News, among others).

The Story of an Exception

One of the most obvious of the contributing names is fashion photographer Cecil Beaton, whose chapter "The Story of an Exception" describes his early passion for photography starting at the age of 11, trying to mimic the style of stage celebrity photographers common at the time, his subjects being his younger sisters. 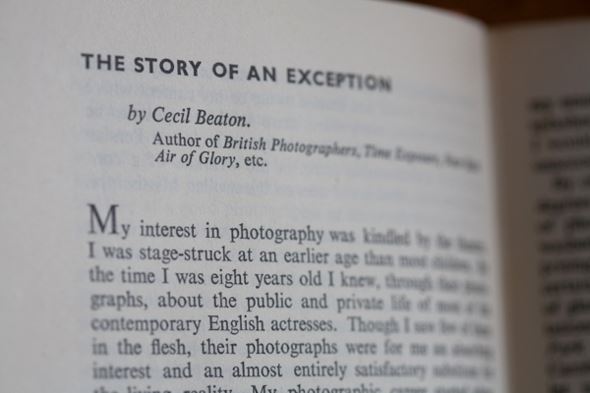 Cecil Beaton's passion for photography began at a young age

Beaton describes his learning curve, starting with the basics of shooting with his Box Brownie and printing in his bedroom (ruining the carpet with acid splashes in the process). He goes onto describe his career at Vogue, with some insight into his feelings on being a photographer, "I cannot recommend photography as being an entirely satisfactory profession."

It's clear he loved working as a photographer, but he points out issues which have some irritation for him such as the "unaccountably high" cost of running a studio somewhere "fashionable", the interferences of a business manager, and later in the article something that would ring bells with many working photographers today - the problem of undercutting of prices, though he singles out Leica enthusiasts for this particular crime. I can't imagine a Leica-owning professional being able to afford the luxury of undercutting competition today, but back then Leicas were bought and used as tools, not as status symbols or collectors' items. Beaton is derisive of these people, stating that "[they] are capable of producing out of fifty to a hundred exposures at least one fluke good picture." So the machine-gun method of photography wasn't born with digital after all.

Reading Cecil Beaton's piece, I'm left wondering which aspects of the profession can still hold true today. He talks of it being impossible to train "any young man" (the article doesn't acknowledge women) to be more than a technician or camera manipulator, and suggests that a "great" photographer is born of something else. We'd like to think this is still true, and I believe it is. Digital makes better photographers of many, but Great? I believe it's as true today as it was 65 years ago that greatness comes from the person holding the camera, not the camera itself.

Many thanks to Luke Alchin at Focal Press for giving permission to quote and reproduce extracts from Photography as a Career, edited by A Kraszna-Krausz.