It’s hard to say exactly when social media started, a few years ago I guess, but it seems it’s been around forever already. Can you imagine a World without Facebook? Or Twitter? We’ve even had The Social Network (Facebook “The Movie”). They were going to make a Twitter movie, but couldn’t get enough actors to play the 140 characters.

There are literally dozens of similar sites where you can chat, share photos and tell the entire planet what you had for breakfast. Or take a photo of your breakfast and upload it.

You can include sites like Flickr and Deviant Art when talking about social media because one thing which affects everyone who uploads to a site is the terms and conditions (you know, that long, complicated text you never read but you click “Agree” anyway).

You may be uploading family snaps or your most exquisite art images. You might be doing it for fun, or perhaps using social media as a business tool. Some sites state they are not to be used for business purposes, but they don’t seem to police this too heavily.

However, what has come to light increasingly over the past year or so is that there are businesses out there that would dearly love to get their hands on pictures which are uploaded to social media sites. In June 2010 Getty Images signed a deal with Flickr which allows selected Flickr members to sell rights to their images through the Getty service. This may or may not be a good thing for photographers to get into, but since unscrupulous publishers are trawling SM sites for useful pictures anyway, maybe this allows some photographers to at least feel like they’re protecting their images in some small way. At least if there is a breach of copyright, the photographer will have Getty on their side. But what protection does anyone have over the copyright of their pictures once uploaded to the internet?

The Daily Mail has recently attracted widespread criticism for publishing pictures found on websites and crediting them “© The Internet”, which is a pretty meaningless byline since “The Internet” can’t own copyright in anything. It isn’t an individual or a coherent organisation and only the creator of the photo can own or assign copyright, and it can’t be “assigned” to the internet just by uploading it to a social media site, whatever the terms and conditions of the site are.

In another somewhat messy example of where copyright issues can arise through social media use, Haitian photographer Daniel Morel is fighting a case brought against him by Agance France Presse, Getty Images and others who claim he was asserting his copyright in an “antagonistic” way after they distributed Morel’s Haitian earthquake images straight from his Twitter feed without checking with him first (see more on the BJP site). 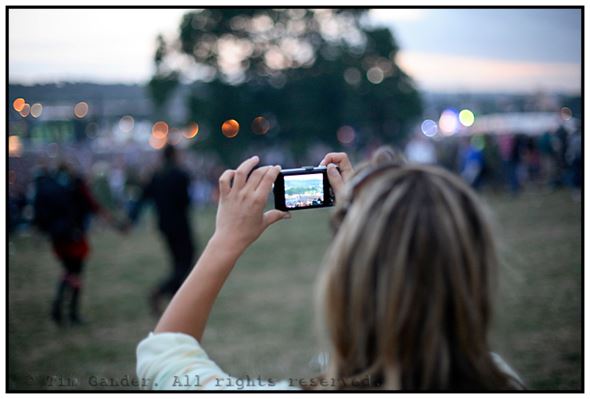 As I write this, Morel has counter-sued and his case is inching towards success, but the original claim against him rested on the terms and conditions set out by Twitter (you can read them here) and TwitPic (T&Cs here) which AFP and others claim gave them the right in turn to distribute and make money from Morel’s work. This claim has been dismissed by the case judge.

I’ll save you reading the T&Cs for Twitter and Twitpic by summarising that by uploading your copyright content to Twitter or Twitpc, you grant them the ability to distribute that material through their systems. As Twitter put it, “What’s yours is yours - you own your own content.”

Facebook has come in for criticism for its T&Cs which some believe mean that anything uploaded to Facebook gives Facebook unfettered use of the images, but even if this were the case, does it mean others can lift and use content from sites like this?

Regardless of a site’s T&Cs, publishers sometimes talk about pictures on the internet being “in the public domain” as if by uploading photos to Twitter, Facebook or Flickr you are giving up your copyright claim to your own work. This again is nonsense, and often a thinly-veiled excuse to duplicate and publish images which the publications can’t otherwise get access to (for free, that is). These images might be pictures found on Facebook of someone that is featured in the news, perhaps as a victim or suspect of a crime, but whatever the situation, the images are still protected by copyright law regardless of the fact they are on the internet.

Public domain is a legal term referring to material which is no longer covered  by copyright, which might be the case when the copyright owner has been dead for 70 years, but in most cases this won’t apply to images on the internet. What it doesn’t mean is “anything the public can see can be duplicated and re-used” because this would make a nonsense of property law, of which copyright is a part.

The bottom line is this. If you upload an image to the internet, it shouldn’t reduce your right to control who publishes your work. Some sites will demand irrevocable rights in all universes yet to be discovered, and you indemnify the site against legal action arising from their misuse of your work. Personally I wouldn’t upload to sites with such terms since I’m rather fond of having a house to live in, but the important thing is to read those T&Cs first, especially the section on copyright, and make your own decision.

Remember, however social you’re feeling, social media needn’t be exploitative. It’s your copyright, your choice. Sharing means letting other people see your pictures. They don’t have to exploit them.