The best landscape photography locations on the Antrim Coast

Jeremy Flint reveals his favourite photographic locations on the beautiful Antrim Coast, some of which have featured in the hugely popular Game of Thrones television series

The Antrim Coast is a spectacular and captivating photography destination, situated in County Antrim, which spans the northern tip of Northern Ireland. It offers photographers of all abilities an abundance of wonders to discover, from ruined castles to crashing waves, where the rugged coastline merges with a romantic landscape of lush rolling hillsides, bountiful greenery and grazing sheep.

The Antrim Coast is steeped in history and heritage, from the first settlement of man in Ireland to tales of kings and clans. Its breath-taking natural beauty stretches along the heart of the causeway coastal route – one of the best road trips in the world – which runs from the buzzing city of Belfast in the East, along the north coast and to the walled splendour of Londonderry.

The Antrim Coast Road follows the scenic coastline, where you can visit an array of enchanting sights during the course of a day. However, I stayed for a few nights, allowing myself the time to explore the emerald island’s hidden gems at my leisure. Here are eight of my favourite photographic locations on the Antrim Coast…

TL;DR: Want to know Jeremy’s favourite locations without reading the whole article? Scroll to the bottom of the page… 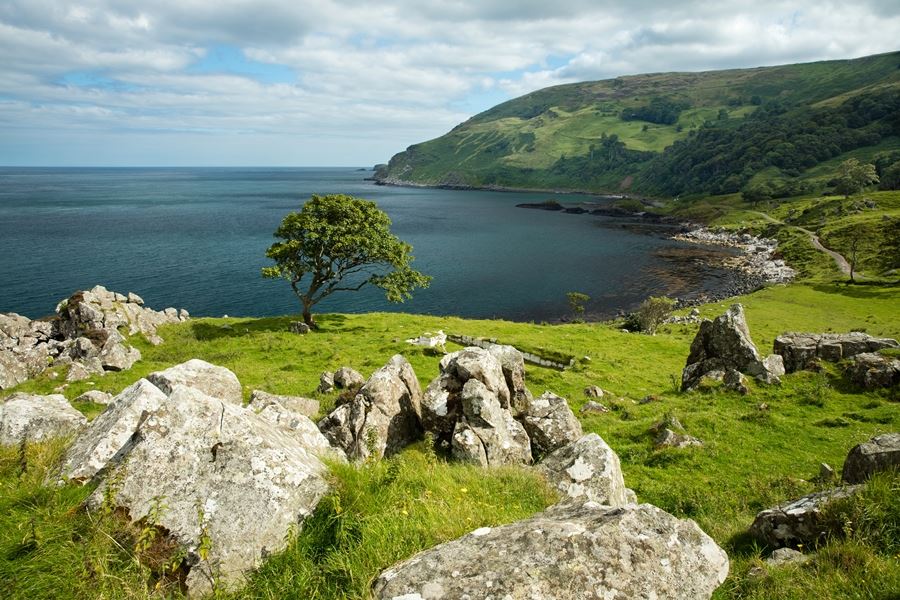 Murlough Bay is the first place I would recommend visiting. As you drive from east to west, following the narrow coast road over pastures, and then steeply down towards the shore, with each turn the view over the sea becomes even more spectacular. Across the ocean, Rathlin Island is within reach and on clear days Scotland’s Mull of Kintyre is visible in the distance.

Situated between Fair Head and Torr Head, it is considered to be one of the most attractive bays in the area, and is known for its outstanding natural beauty and remote location. The bay is very secluded with great photographic potential, from ancient trees to interesting rock formations, and is best explored on foot. The remains of a settlement, once inhabited by coal miners, gives the impression that time has stood still, while the striking Fair Head dominates the scenery to the west. 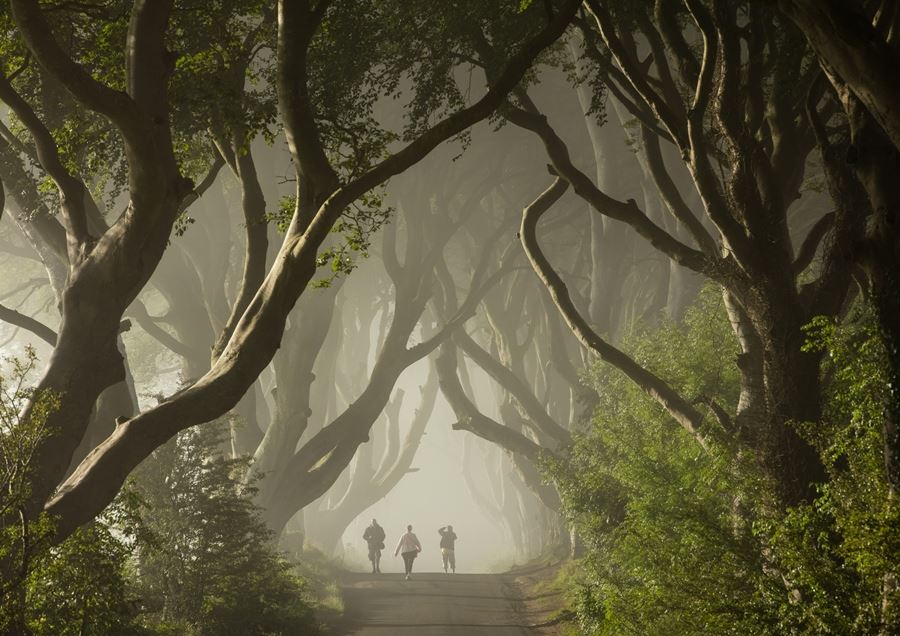 Northern Ireland is a magnet for movie sets and fans of the Game of Thrones television series will recognise the iconic avenue of beech trees – known in George RR Martin’s magnum opus as The Kingsroad – located near Ballymoney. The trees were planted in the 18th century by the Stuart family, intended as a captivating landscape feature to impress their visitors.

Two centuries later, the ethereal tunnel remains a magnificent sight, and has captured the imagination of artists and photographers alike, with its mysterious and spectacular play of light, and tranquillity. The beautiful, gnarled old trees that line the path have become known over time as the Dark Hedges. Dramatic and intriguing, the trees are one of the country’s most photographed natural spectacles and a magnificent sight for visitors from across the world. You can park at The Hedges Hotel, which is a two-minute walk from the Dark Hedges.

As the avenue can become busy with visitors during the daytime, plan your visit in the early morning or late afternoon. It is quite rare to have this place to yourself, so be patient when taking photographs and either wait for a gap in the crowd or include people in your shot. 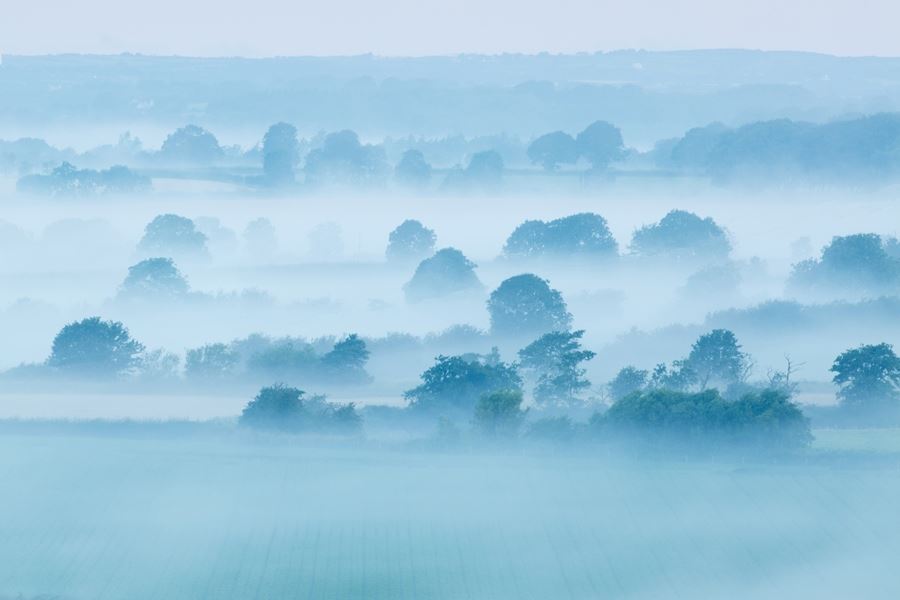 The landscape in County Antrim is simply stunning, but I found the area surrounding the town of Ballymoney to be particularly beautiful. The farmland, green hills and rolling countryside are great for photography. If you’re lucky enough to time your visit when there’s mist in the valley, your photographs will be even more magical. 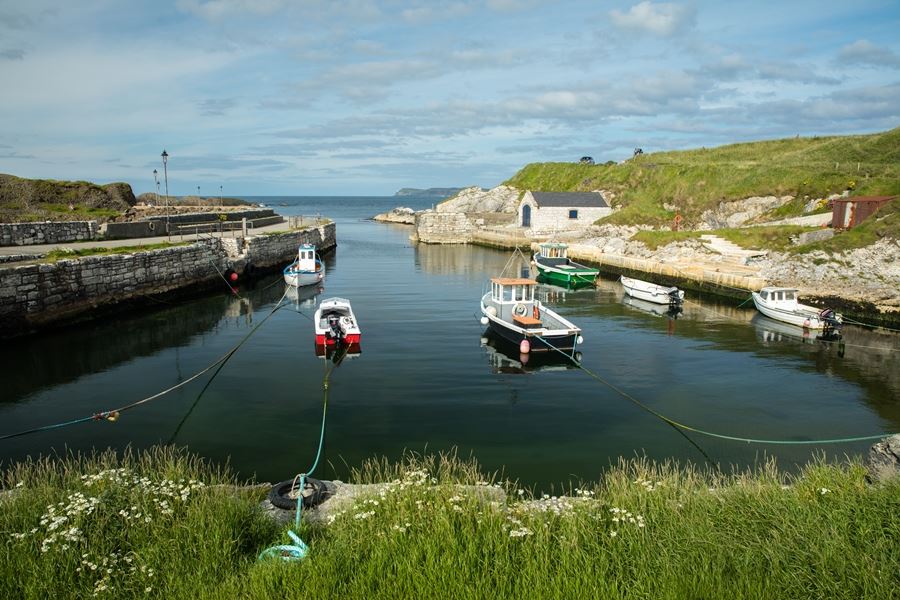 The village of Ballintoy is home to about 200 residents and is another of the locations used in Game of Thrones. The harbour, situated just off the causeway coastal route, has hardly changed in hundreds of years and is an attractive draw for photographers.

Both the harbour and surrounding coastline are extremely photogenic – the cliff paths offer photographers a variety of ever-changing sea views. The picturesque cove is usually dotted with fishing boats and birds, and is one of those places that looks equally as good in a storm as it does on a bright sunny day. 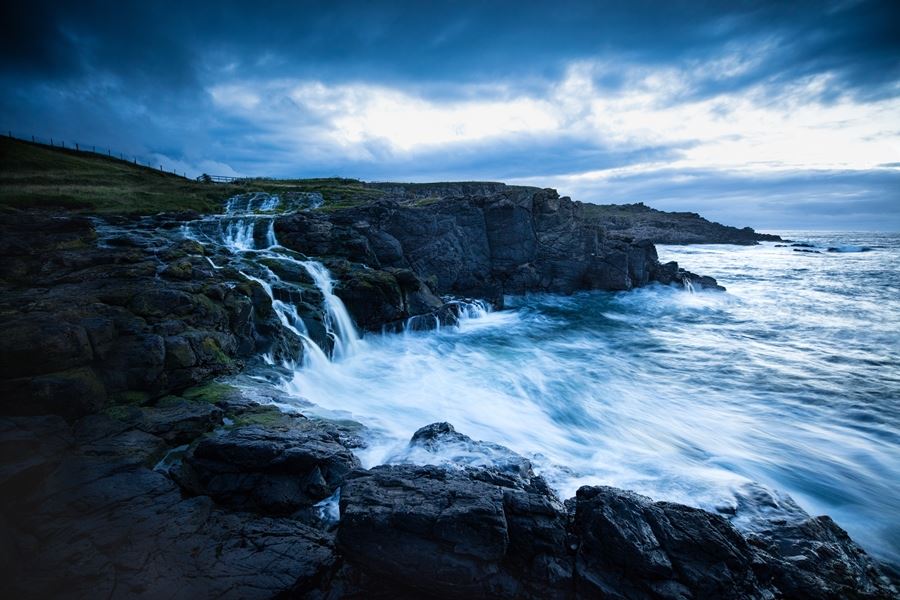 West of the village of Dunseverick in Bushmills, Dunseverick Falls is a great place to visit with your camera. Its picturesque, cascading waters flow straight into the open sea, providing a unique and wonderful scene. You can photograph the waterfall from the rocks above or beside it, while admiring the ocean views. Do take care when photographing from the rocks and keep an eye out for any large and unexpected waves.

The nearby Dunseverick Castle, and the peninsula on which it stands, have belonged to the National Trust since 1962. The castle ruins and the Causeway Cliff Path both present good photography spots in addition to Dunseverick Falls. Walk along the clifftop trail that runs west to the Giant’s Causeway for some epic ocean vistas. 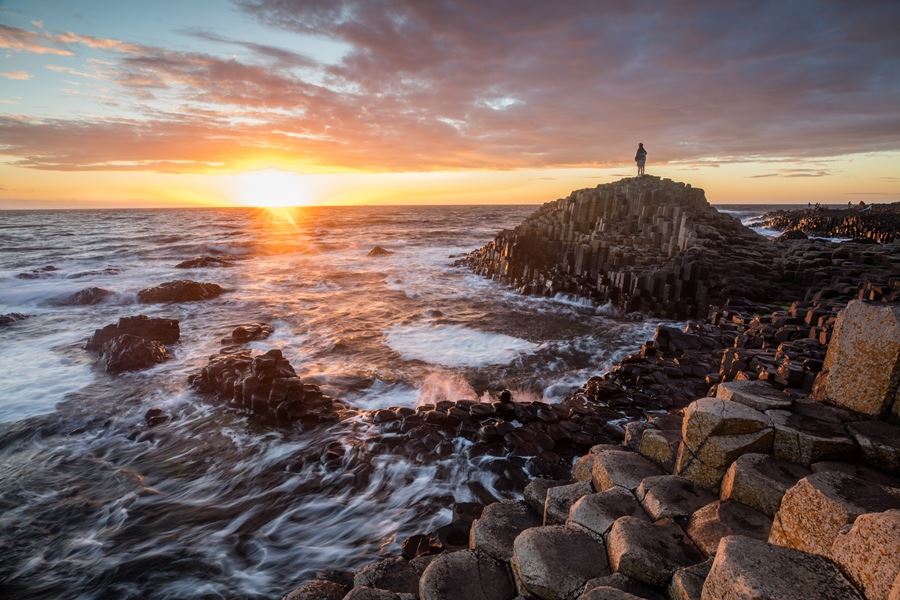 The Giant’s Causeway is a place of extraordinary beauty. It features approximately 40,000 interlocking hexagonal basalt columns that rose up from the ocean, the result of an ancient volcanic fissure eruption. The Giant’s Causeway is flanked by cliffs on either side and is located about three miles north east of Bushmills. It was declared a World Heritage Site by UNESCO in 1986, and is owned and managed by the National Trust.

The Giant’s Causeway is truly one of the greatest natural wonders in the United Kingdom. Access to the area is free, it’s about a 15-minute walk to the stones from the visitor centre car park, where there are refreshments, a tourist information and hiking trails of up to five miles to explore. The wide-open seascapes are great to shoot, with the rocks and open sea. It can be visited all year round and looks good in all types of weather. 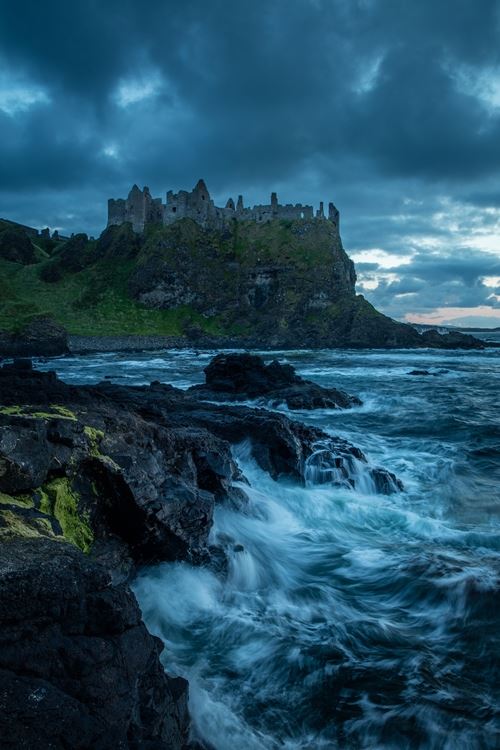 Further west along the Antrim coast sits the most majestic and picturesque Irish castle. Dunluce Castle is a striking sight, perched on rocky cliffs and overlooking the sea. This 17th century structure was inhabited by the MacDonnell clan, and now has historic and archaeological exhibits open to public viewing. There are some great views of the castle ruins from the clifftops and at sea level. If you follow the path down to the ocean, the rock formations make for great foreground interest too. 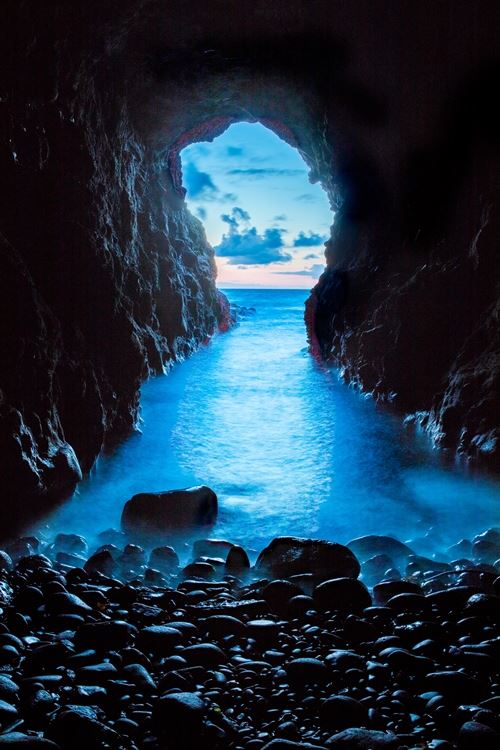 There is a fantastic cave hidden below the depths of Dunluce Castle, which goes by the name of Mermaid’s Cave. This is not to be missed but, with only a small hole visible at the entrance, it is easy to do so. As you enter the cave, the space broadens and an entire view of the structure can be seen. Inside, there is an amazing atmosphere. It’s a spectacular site of breath-taking beauty, with echoing sounds from the crashing waves. It can only truly be described once you’ve experienced it for yourself.

This is by no means a definitive list. There are plenty of other places to photograph along the Antrim Coast, including the Carrick-a-Rede Rope Bridge – a truly exhilarating clifftop experience – and the stunning landscape of Downhill Demesne and the Mussenden Temple, located on a cliff edge near the village of Castlerock. Wildlife and landscape photographers will enjoy Rathlin Island too, thanks to its birds and rugged wild scenery. The island can be reached by ferry, from Ballycastle.

Jeremy Flint is a multi-award winning travel photographer who has visited over 60 countries. His work has featured in a range of publications including National Geographic Traveller, Lonely Planet, and various national newspapers. To see more of Jeremy’s work, visit his website, Instagram and Facebook page.