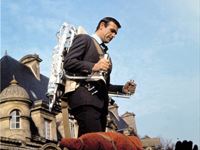 One of the reasons I loved James Bond films as a kid was the plethora of gadgets 007 was provided by Q. At an age where the exact plot is a little confusing and the love scenes frankly embarrassing, a pen that can fire a grappling-hook or a sandwich that turns into a hovercraft will always amaze.

And I don’t think we (meaning mainly men) ever really grow out of this phase – I certainly haven’t and, judging by the massive turn out at The Gadget Show Live on Thursday (one of 5 sold out days) I’m not the only one.

Last year was the first ever Gadget Show Live and this year saw a dramatic increase in the size of the show, with more of the NEC’s halls in use, more exhibitors on display and an extra day to visit.

The usual suspects were there – Sony, Panasonic, LG and many more showing off their various wares. Unsurprisingly, the home “3D Experience” formed a major part of many stands, with 3D TVs and monitors all being tried and tested by the visiting masses. 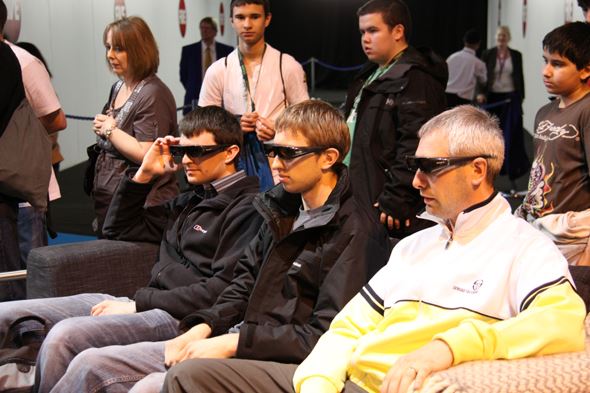 Personal entertainment gadgets were certainly among the fastest developing gadgets on offer, seemingly getting smaller and more sophisticated every year. Dotted around the Gadget Show Live were various “heads” sporting earphones and video-glasses and a bizarre device that enables the wearer to operate a puzzle-game using brain power!

A friend who came with me to the show had deliberately left his credit cards at home, just in case he was tempted to splash out on something he didn’t really need but desperately wanted! And there were plenty of opportunities to spend money; office chairs created from sports-car racing seats, electric powered personal transport devices, and metal sculptures made almost entirely from nuts and bolts and what looks like scrap metal. 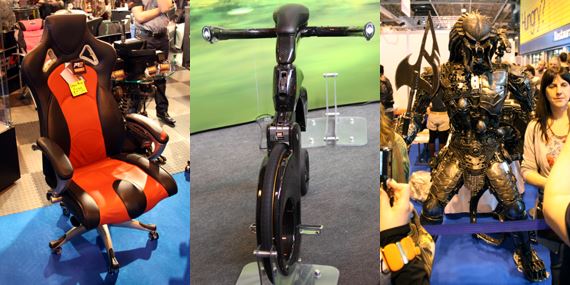 For those not wanting to spend money, there was still plenty to see and do, including an amazing display of electronic drumming, a mini Robot Wars style arena, and the Guitar Hero world champion showing off some incredible finger-blurring speed and skill. Because of the sheer numbers of people spectating, getting a clear view of these events was often difficult and, in keeping with the gadget theme, led to many people film or photographing these shows via their cameras or mobile phones held above their heads. 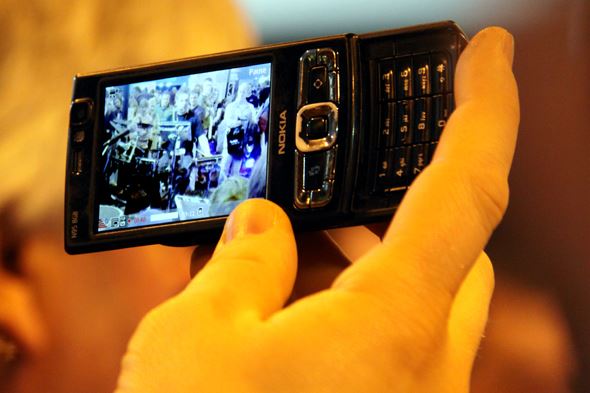 Within the Game Zone there was again plenty of opportunity to get some hands on time with the gadgets on offer. In particular, Alienware had a large set-up of laptops where visitors could take a few minutes to sit down, plug in and test-drive a high-spec gaming machine. 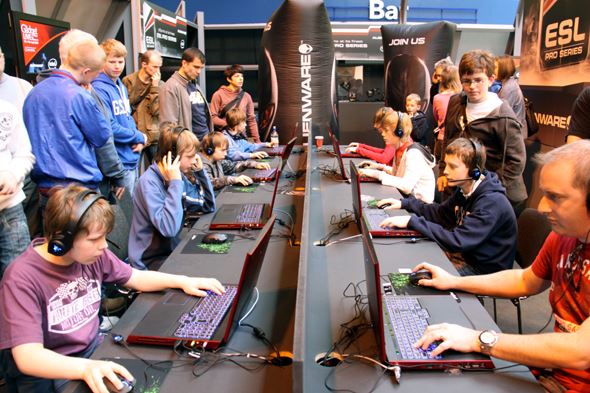 And for the photographers?

Naturally, I was keen to see what photography gear was on offer – it is, after all, a hobby absolute filled with gadgets of various kinds. Nikon, Canon and Sony were all present in the form of the Photographic Workshops, presenting seminars throughout the day on photography and getting the best out of your equipment. 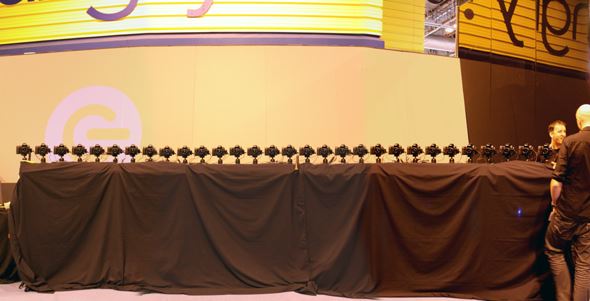 There were also many stands either entirely or largely dedicated to photographic gear. SanDisk were there with their high-speed cards and, to emphasise the high-speed aspect, offering the chance to win a high-speed car for a day. Wacom had a large area dedicated to the Bamboo graphics tablets where anybody could have a go at using the various models to see how they suited them. Sanyo had several of their Xacti camcorder models on display, including one submerged, yet fully functional, in a tank of water. 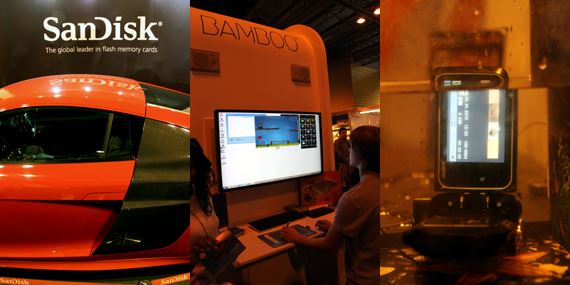 Other products on display that also grace the pages of the Wex Photographic website included the Flip HD camcorders, PowerTraveller power accessories and chargers and, relatively new to the site, the Sonos wireless multi-room music systems.

After spending several hours having a thorough look round the show I still managed to spot some things on the way out that I hadn’t seen before, including fish-tanks you can hang on a wall (a very strong wall, mind) and The Gadget Show Live’s “Computers of the Ages” display, which featured several blasts from my past!

But perhaps my favourite last-minute find was the “Tested to Destruction” area, where various gadgets that have appeared on The Gadget Show TV series and aggressively tested until they fall apart or, in some cases, survive all that can be thrown at them, were on display in their post-test condition. And I found this quite interesting because there’s a general assumption that as devices become cleverer, they also become more fragile. True, in this section there were some utterly destroyed mobile phones, laptops and yes, cameras. But there was also a little Olympus Mju from 2007. 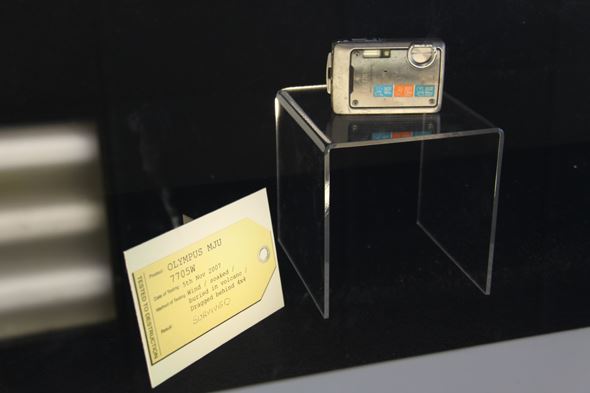 This camera had been submitted to prolonged wind and rain until it was utterly soaked, dragged behind a 4x4 vehicle and, believe it or not, buried in a volcano. And it survived to keep on taking pictures. Amazing.

It’s all very well to say that I thoroughly recommend a visit to the gadget show, but as it sold out weeks before the event, it would seem that people are already well aware of how good it is. Certainly The Gadget Show Live has more to offer most photography enthusiasts than The Outdoor Show I went to at the NEC a couple of weeks ago, and should you be tempted to go next year, my advice is to do it. Already the organizers are talking about adding yet another hall and another day to the show, so it promises to be a belter.

With who knows what gadget being launched between now and then, there could be all kinds of things on offer, although I suspect the sandwich that turns into a hovercraft may be a few years away yet…