The lowdowns and high-ups of flip-out screens

Multi-angle/variable-angle viewing screens have been around a little while. Canon adopted, dropped then re-adopted them in their G-series cameras, including the G12 (you can read the review here). Panasonic have it on their Lumix DMC-G2, as does Canon’s new 60D, which is certainly a new feature for a true SLR camera.

But what options do flip out screens offer? Are they just a gimmick, or do they really give more creative freedom? I decided to go to extreme lows and highs with my Canon G11 to see what difference this variable-angle screen could make.

For the purposes of this article, I wanted to try shots which for one reason or another would make eye-level photography difficult or impossible.

Working from the ground up then, let’s start with low-angles. And I mean really low. Low enough that putting your eye to the viewfinder would leave you with dirt on your face. 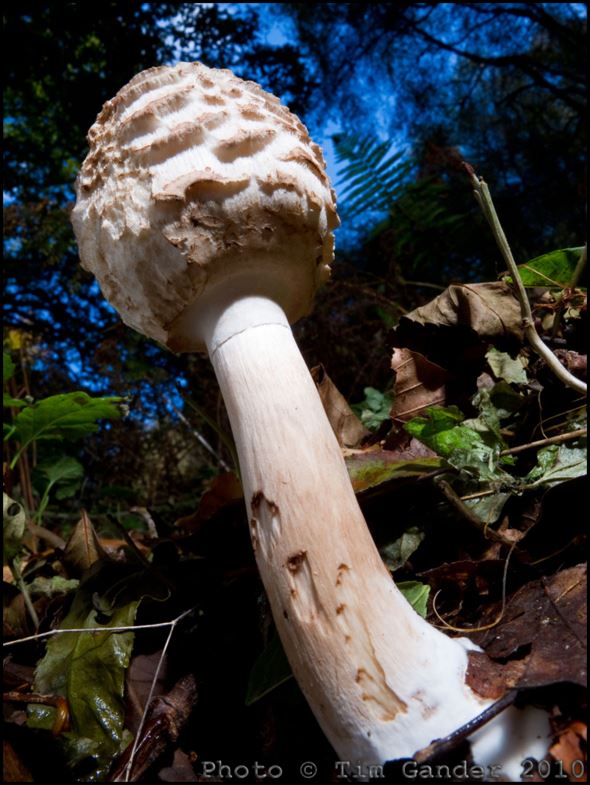 Only a few centimetres tall, but this angle makes the mushroom appear huge.

My first trip out to purposely explore low-angle possibilities was to my local woods, where I knew there would be plenty of interesting mushrooms and the like just waiting for someone with a vari-angle screen to come and take a close-up or two. As the results suggest, I wasn’t disappointed and in fact may have got a little carried away, but the woods around autumn are a fantastic place to explore, with all kinds of weird fungi and leaf litter to rummage in. I’d also add that these shots would be quite difficult with anything larger than a Canon G-series camera because of the lack of space underneath the fungi, some of which are only a few centimetres tall. 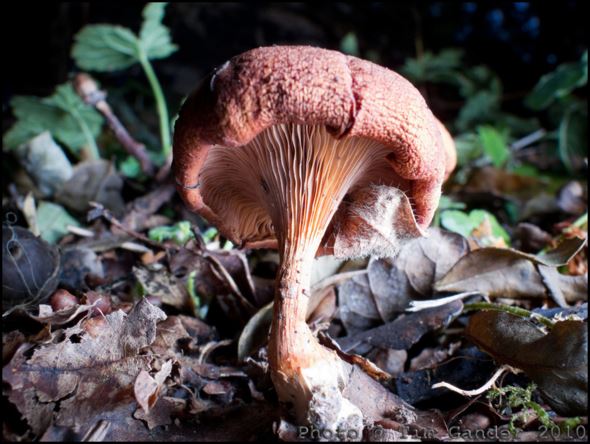 Getting in low exposes the fins that are normally hidden.

I’ve used external flash and a small white reflector card to bring out the details, and the smaller camera chip (often sited as a handicap of compact cameras) has helped with macro focus and depth of field. 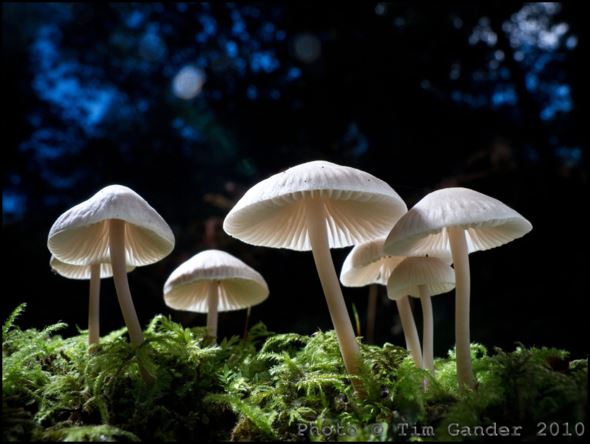 This close-up, low-angle shot makes the mushrooms look like an army of marching aliens.

The final two shots in the low-down set are taken in Bath. Again, it’s using the vari-angle screen to take pictures which are not the bog-standard views. Bog-standard is good for the postcard “I want to remember exactly what this looked like” kind of shot, but if you want a bit of drama in your holiday photos, flip out the screen, put the camera on the floor and get artsy. 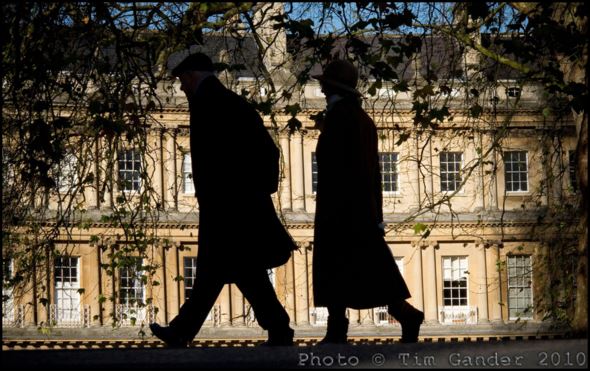 Taken at pavement level, the couple are more separated from the background. 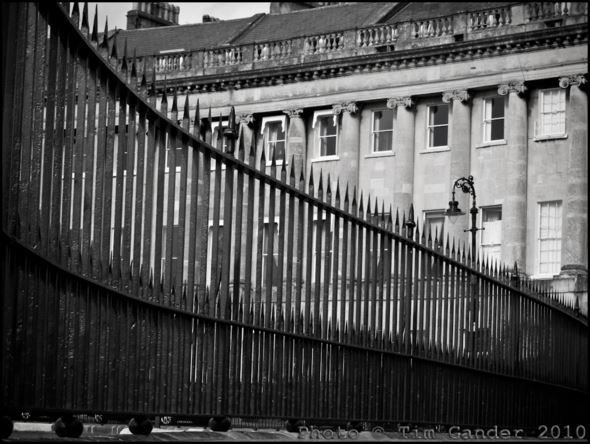 The camera is resting on the road, making the railings more dramatic.

And so to the high-level aspect. We’ve all seen cameras being held at arm’s height to get a shot over the crowd (except when the whole crowd does this, it cancels out the benefit) and the shot below of Jenson Button demonstrates this technique, but for this article I wanted to go even higher. I was able to frame and time my shot looking up at the screen.

Armed with my monopod, I took another look at Bath’s Royal Crescent. As with the pavement-level shot of it, I wanted to challenge myself to take an angle which hadn’t been done a trillion times at this popular tourist spot. It’s also difficult to get a shot of the Crescent without cars marring the foreground. So pre-focus, manual exposure, self-timer and holding the base of the monopod so the camera was as high as I could get it, I took this shot with the screen pointing straight down at me so I could compose the shot before the shutter tripped. It might not be terribly obvious, but what this angle achieves is a clear foreground and a less usual view. 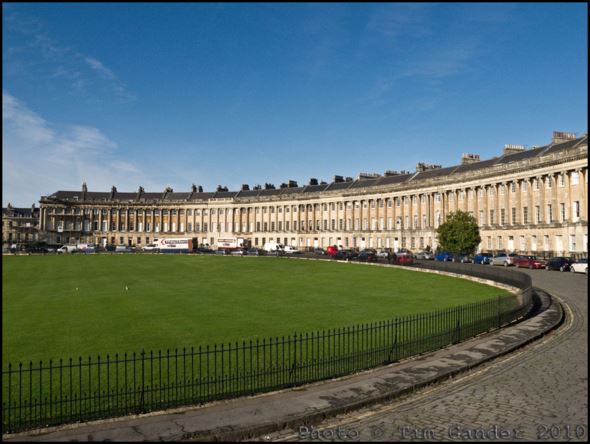 I avoided cars and tourists in my foreground by going high 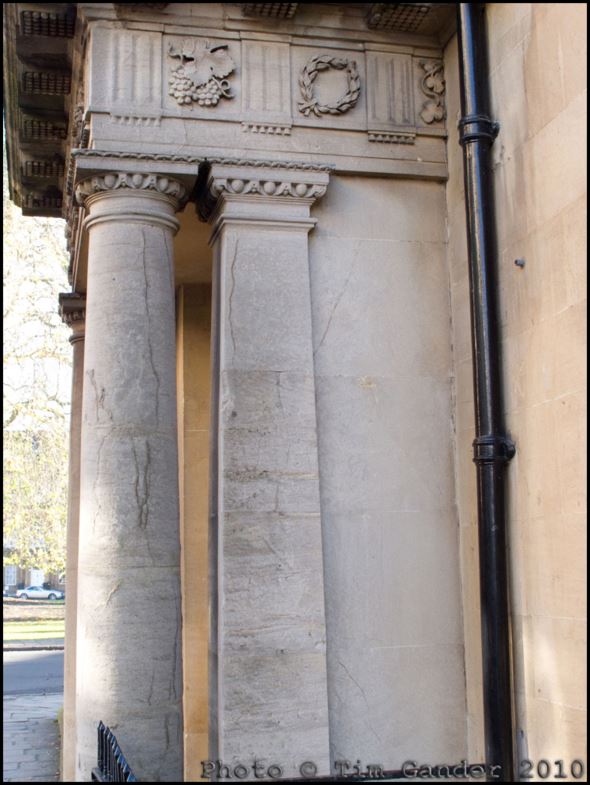 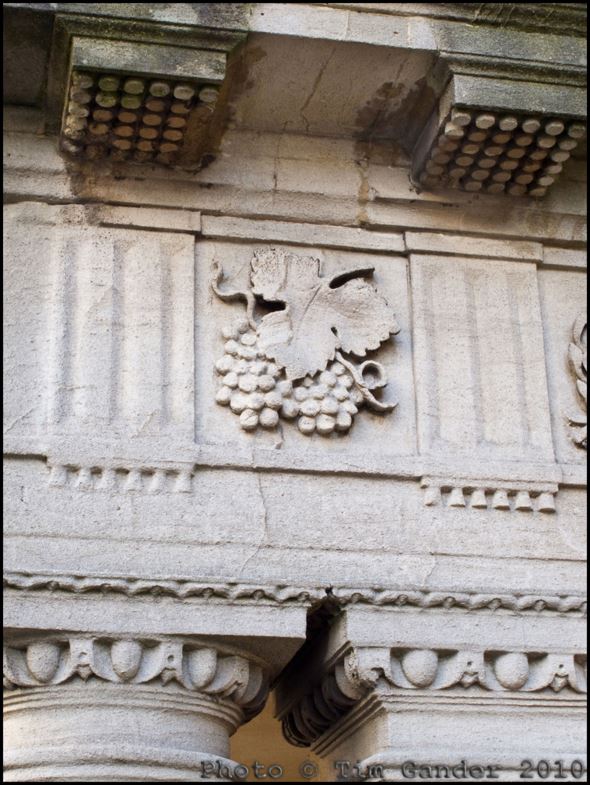 …moving closer, minimal zoom but raising the camera on a monopod I can get a shot of interesting details.

The above photo could have been achieved using zoom, but I’ve reduced the “falling away” effect by raising the camera on the end of my monopod so it’s closer to the level of the detail I’m photographing. This image isn’t cropped or straightened.

I’ve not mentioned shooting at waist-level because I wanted to explore extremes, but of course it’s an option to explore and probably quite useful for street photography. There was a time when waist-level viewfinders in medium format film cameras were the norm, before SLRs became popular.

In conclusion, as they say in all the best scientific papers, I’ve quickly come to appreciate what a vari-angle screen can do. For the low, close-ups of fungi the G11’s compactness definitely helped, but that’s not to say a 60D, Lumix-G2 or Sony NEX won’t have creative possibilities of their own. You just have to use your imagination and be prepared to look a bit silly.

A final word of caution: If you’re crouching to get a photo in a public place, make sure no one is about to fall over you. Or be prepared to get an amazing shot if they do.