Three Things to See in Bristol This Weekend

There’s great art, video and photography all over the country. This weekend, we look at what’s on in Bristol

Bristol is a terrific spot for architecture photography, and if you’re into your buildings you’ll want to get over to the Architecture Centre for its anniversary retrospective exhibition. It traces the changes in Bristol’s buildings over the past two decades and examines how they have shaped the city, taking as its starting points five crucial elements: Landscape, Footprint, Identity, Efficiency and Change.

Until November 13, The Architecture Centre, architecturecentre.co.uk

Through Whose Hands It Passes

Our beautifully refurbished Old Masters gallery is looking very luscious in deep red. Our VIP guest is hanging on the far wall but you'll have to come visit for a closer look... #Rembrandt #oldmasters #bristol #museum #masterpiecetour #nationalgallery

A meta-installation about exhibitions and installations, Mary Flower’s new video work takes a camera through Bristol’s Eastern Art Gallery to explore the spaces that are often missed. Her footage is accompanied by spoken text from The Purloined Letter by Edgar Allen Poe, adding a layer of meaning to interpret and consider. 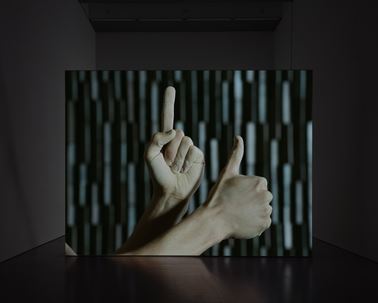 Last chance to see the most comprehensive exhibition yet from British artist Stuart Whipps, a trained photographer who uses the vintage processes of photographic development to inform his ideas and creations. The exhibition takes three types of stone as its starting point, and guides the viewer through a series of unexpected narratives formed around them.