Tom Mason in Peru - Part 1: Into the Andes

In the first of a three-part series, Tom Mason looks back at his summer trip capturing the wildlife, landscapes and people of Peru.

It’s not every day that you pick up your mobile to be greeted with an invitation to visit the Amazon Rainforest – although five months ago that’s exactly the position I was in!

In the three months and twenty five or so days in the run up to the trip I wasn’t really as excited as you would expect; I didn’t really feel like it was happening. It was only when the tickets landed at my door and my final kit check was complete that suddenly it hit me. I was going to the Amazon, and not just any part but the Manu National Park, known for being the most biodiverse place on the planet. With over 10% of the world’s bird species, millions of insects and thousands of amphibians and reptiles, as a young naturalist and wildlife photographer this was a dream I had held for my whole life — and now I was about to live it. 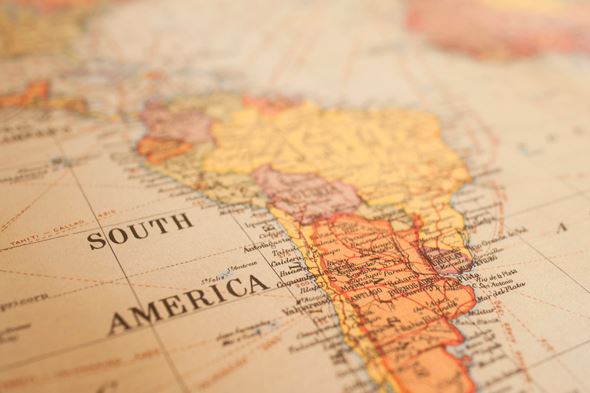 Cameras ready, bags packed and passport checked, I headed off to start the 10,190km trip from my house to Peru (yes, I’m sad enough to have looked this up). The journey started like most of my others, a train rammed with commuters, each one decidedly angry with me, due to my large bags and happy demeanor. A long and decidedly uncomfortable first leg complete, I reached Heathrow airport.

I met up with the rest of my companions at Terminal 5, before checking in and grabbing some lunch. We boarded the first leg of our epic adventure, a short-haul flight to Madrid, and after a quick change we embarked on a 12-hour overnight flight to Lima. It was a rough night with very little sleep, made even more difficult by being woken up at 3am for dinner! The flight did have one upside though, a chance to watch a lightning storm as we passed over Brazil. The strikes lit up the sky below in an truly impressive display of nature’s raw power. Three hours later, and after a bumpy landing followed by the type of clapping expected at the end of a theatre production, we arrived in Lima.

Exiting the airport, we met up with our guides who were waiting along with a taxi to take us to our first hotel. After a quick stop for a shower and a drink, we headed out in search of birds; our first species was seen from the lobby, a black vulture perched on top of the adjacent building, a strikingly large species for the centre of Peru’s capital city. After a few minutes taking in the view, we piled into the van and headed off to a few nature reserves around the city. 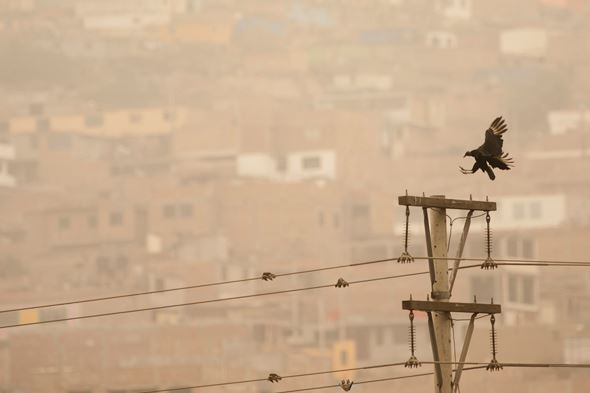 A black vulture lands on a power line in front of the San Cristobal slum, Lima

The first major obstacle was the journey; something tells me that the highway code hasn’t quite reached Peru yet. Cars seem to just go when they want and cutting people up is the norm. If a gap is big enough for a bike, a lorry will almost certainly try and squeeze through. An experience, to say the least!

Arriving at our destination, we jumped out of the van to be confronted by a wide expanse of land leading the the sea. The area of short grass was alive with the sounds of birdsong, each one unfamiliar to me. We walked for a few hundred meters to the side of a small lake and were already in paradise: great egrets, vermilion flycatchers, Wilson’s phalarope and even a barn owl!

After shooting a large number of images and spending some time watching the circling Harris hawks, we moved on towards the sea shore. Andean gull, grey-headed gull and black skimmers were all settled on the beach, with American Oystercatchers wading at the water’s edge. The sea was incredible, with six-foot waves crashing onto the shore. Picking up a group of Brown Pelican flying low over the water, they gave a excellent opportunity for a few images as they stooped low over the waves. After a long day birding we headed back to the hotel for dinner and retired for the evening. 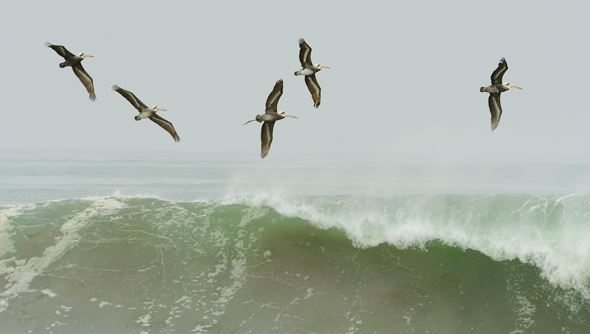 The next morning was an early start. We grabbed a quick breakfast before heading back to the airport for a short flight to Cusco in the Andes. After a turbulent journey we met up with our guides, before heading over to the hotel to drop off our luggage. After lumping my bags up the stairs in the hotel I was a little out of breath; at 3750m above sea level the air is pretty thin, which makes aerobic activity more difficult. Noticing our struggle, our guide turned round to offer us some coca leaf tea. The leaves have been consumed in the Andes for generations due to their ability to reduce altitude sickness. After a cup or two (or three) we were ready to head out. 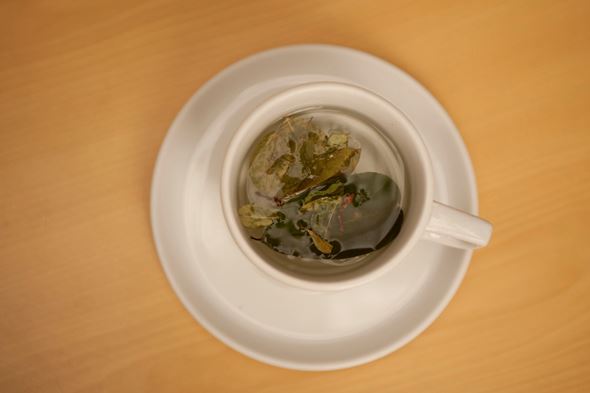 After a short drive out of the city we pulled up into a small town, before disembarking and heading off in separate directions. I ventured towards a small group of houses where I could see some children looking after their animals. Walking through the settlement it was humbling to see the disparities in wealth in the world; these people had so very little and many of their houses were formed from recycled materials, with no windows or doors. Looking down at the camera in my hand, I realised it was probably worth more than what these people had in total. I stopped and reflected on how lucky I was, and how much we take for granted.

On catching up with the children I was greeted with smiles, and on pointing at the camera I received a wave of nods. I sat down close by and after taking a few frames with them all smiling I stopped, letting them get back to conversations and games. After a couple of minutes I picked up my camera again; with them all now focused on other things, I was able to get some natural looking images. With those in a bag I slipped away quietly, leaving them in peace.

Reconvening with the rest of the team we headed off to the next spot, Laguna de Huacarpay. Nestled in a valley, the lake was surrounded by high Andean peaks, and as the clouds broke the late evening sun illuminated the furthest one. The view was spectacular, so I hurriedly pulled out my ND grads and set to work recording the beautiful landscape. A 24mm focal length wasn’t really wide enough so I decided on producing a panoramic image to capture the whole scene instead.

After a short while the clouds moved and the light was lost, so we headed off for a short walk. We were about to turn around and head back when we noticed a rustling in the undergrowth. Watching for a few seconds, a brown mammal appeared before promptly being chased by two others. Finally we got a moment’s clear view; what we were seeing were some (very cute) wild guinea pigs! Guinea pigs are a local delicacy in the Andes and are often kept by families for consumption on special occasions. Even after seeing one in the wild, my friend still couldn’t resist ordering one for dinner later that evening — I have it on good authority that they taste a little like chicken!

Finishing up at the lake, we took a drive to get some nice views of black ibis and a number of hummingbird species. We followed this up by some dinner and after a short visit to the city’s markets (in order to purchase a range of Peruvian headwear), before finally heading back to the hotel. The first couple of days had already been an amazing experience; new species and amazing scenery, as well as some wonderful insights into the culture of Peru. After a few hours downloading images and charging batteries we turned in for the night.

We’d come to the end of our visit in Cusco, but tomorrow we would embark on the long journey down into the cloud forest below. The start of the journey had already been an adventure, but what was to follow would provide some of the most memorable and inspiring moments of my life!

Next week, Tom ventures into the Amazon rainforest and discovers even more to photograph…

Tom Mason went to Lima with the Crees foundation.