Here, Keith Barlow tells us why he loves his Canon 50mm f/1.4 Lens. 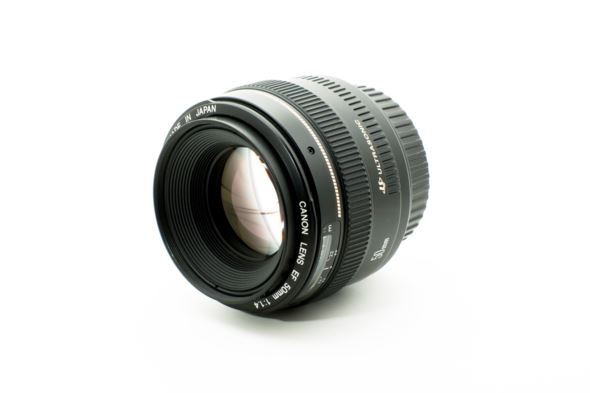 I started out in photography a few years back with a Canon 400D and the 18-55mm kit lens.  While the camera and lens were great as an introduction to photography I soon found that there were limitations, especially with the lens.  I love taking pictures of our young children but it was really difficult getting good shots of them, particularly in low light (indoors, etc).  I tried off-camera flash but this wasn’t practical most of the time and didn’t solve the whole problem.  I needed something that would allow me to capture my subject in low light, provide a nice depth of field and be fast enough to stop motion.

I mentioned this to a colleague at work who immediately told me about his favourite lens, the “50mm f1.4”.  He had used one for a while and could not fault it.  In fact he practically begged me to buy one.  With that sort of endorsement it was quite easy to take the plunge and the lens was ordered the same day.  That was almost 3 years ago and since then the 50mm f1.4 is almost permanently attached to my camera which is now a Canon 60D. 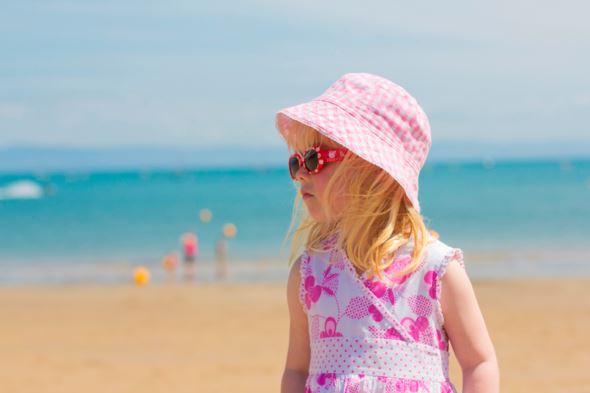 If you want a shallow depth of field and a really sharp subject then you can’t go wrong with this lens.  Using the lens wide open is sometimes tricky as the depth of field is so shallow but the results can be fantastic.  I mostly shoot at f/2.8 (sweet spot) and can’t fault the results at all.  Sure you get some softening around the edges at f/1.4 but if your subject is sharp then soft edges shouldn’t take anything away from the overall image.  Whether your subject is up close up or distant the lens enables you to single out your subject and blur the background away.  Alternatively, if you want the whole scene sharp then using a smaller aperture still delivers.  Furthermore, if you use the lens with extension tubes or a reversing ring you will not be disappointed with the results. 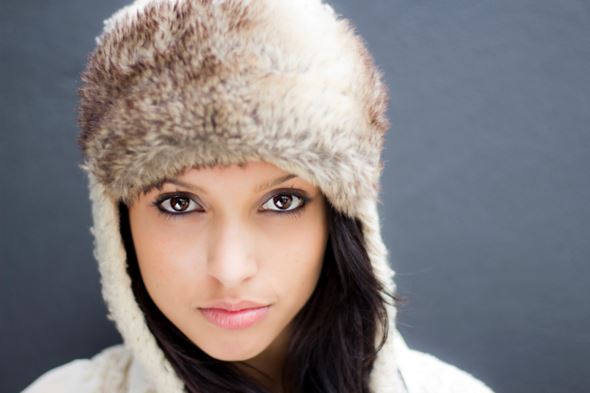 To be honest I can’t really fault this lens.  Sure it’s a fixed focal length but that’s one of the reasons I went for it in the first place.  Obviously a tele/zoom lens gives you more flexibility but then if that is what you are after you wouldn’t go for a prime lens.  The lens doesn’t have IS but then with a 50mm lens capable of shooting at f/1.4 there are very few situations where you are going to be shooting with a slow shutter speed.  You would have to be shooting slower that 1/80 hand held for stability to be a problem and these days increasing ISO to compensate for a couple of stops isn’t going to impact overall image quality. 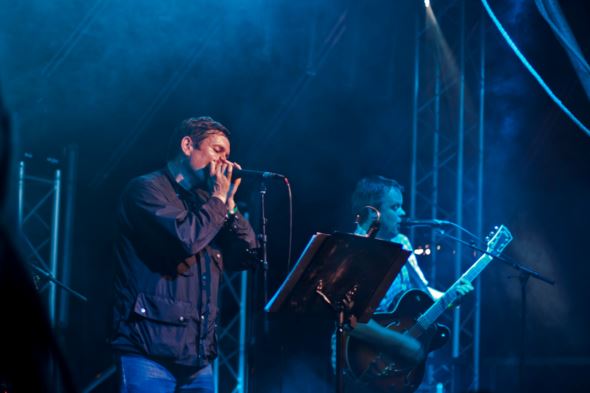 Used in low light situations the 50mm f/1.4 can capture the mood without the need for flash

I originally purchased the 50mm f/1.4 so that I could get nice clean, sharp pictures of our children.  They never sit still and most of the time I’ll be trying to get shots of them indoors where low light is a big issue.  The lens helps me get great headshots as well as full length shots and it focuses quick enough to enable me to capture those candid shots without the subject noticing. I have used the lens in all sorts of situations and it has never let me down.  One time I was at a concert and after taking a few shots with a zoom lens and flash I could tell that the flash was killing the atmosphere.  The same shot with the 50mm at f1.4 captured the mood perfectly. I prefer taking pictures that get up close and focus in on specific detail so the 50mm f/1.4 is perfect for me.  Capturing my subject is one thing but making them pop out of the picture is another.  There are other prime lenses on the market and I’m sure I could fall in love with some of them too, but from what this lens has delivered so far this is definitely worth the money and will be on the end of my camera for a long time to come.

Keith Barlow is a an amateur photographer based in North Wales who loves photographing people. See more of Keith's work on his website, Flickr or blog.