Bert Willaert gets underwater and looks up for this spectacular, award-winning nature shot. We find out the story behind the image. 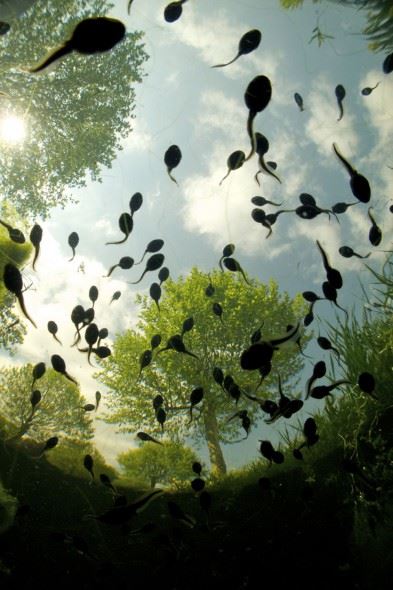 With this shot, biologist Bert Willaert became the deserving winner of the inaugural Royal Society photography competition, set up to promote the use of photography as a tool to communicate science.

And well deserving it was too – it’s a cracking shot, making the most of a few unusual tools to create an unusual perspective. The silhouette gives us a fresh view of a familiar (but, for many of us, rarely seen) wild creature, while the inclusion of the trees adds a layer to an already complex image in a way that gives it depth and detail.

We recently shared a shot by fellow competition entrant Claudia Pogoreutz, but we wanted to know the story behind Bert’s as well, so we got in touch. Read on as he tells us the story behind the image…

On taking the shot

“This picture was taken during a sunny day in early June, in a small canal in Lovendegem, Belgium. It shows a group of tadpoles of the common toad, or Bufo bufo, from a point of view that could be that of one of the tadpoles (or another animal on the bottom of the canal) looking up to the water surface. “

“I discovered this location about a week earlier, by taking a walk after having had breakfast with two friends, one of which happens to live next to this canal. The large number of tadpoles and the clear water triggered me to return, as soon as the weather and timing allowed.”

“It was however only when standing in the water, with the sun shining nicely through the fresh spring leaves of the trees on the river banks, that I decided to try to get this particular shot.”

“Actually I only just started with underwater photography when taking this shot. I have been photographing nature for a while, with a particular interest in amphibians. So I knew I’d have to go underwater one day, since many amphibians spend part of their life in the water.”

“Since then I’ve become more and more fascinated with the underwater world, and I also started diving courses. Since this image I’ve also swapped from the compact camera [details below] to a (much more bulky and expensive) DSLR with underwater housing. I do sometimes regret having sold the compact, as in some situations its small size and weight would make things a lot easier.”

“I must say that taking pictures underwater is much more difficult than I first expected, so I’m still learning a lot. It’s a completely different environment, which requires a different approach.”

On winning the Royal Society Competition

“I was a bit surprised as I was not really hoping for it, but certainly very happy when I first heard. The competition results were covered widely in the media, so I was very pleased to see an amphibian picture in the spotlight. These animals deserve some more attention in my opinion.” 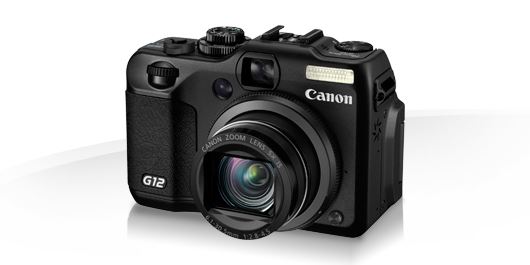 This picture was taken with a Canon PowerShot G12 compact camera in a Recsea underwater housing with Dyron dome port. No flash was used.”