Interview with a Photographer - a charity calendar shoot 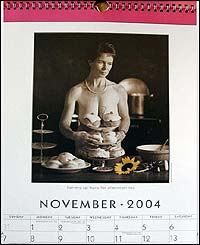 Back in 1999 members of a Yorkshire Women's Institute produced a risqué calendar to raise money for Leukaemia Research. The story is well known and was retold in the 2003 film 'Calendar Girls' from which the above quote is taken. Since then the idea of producing and selling an "amateur" calendar has become an increasingly popular way of raising funds for and awareness of worthwhile charities across the world. As such, many photographers - both pro an amateur alike - with the required gear and expertise are finding themselves asked by friends or family to shoot the images for these calendars.

Tony Read is one such a photographer. An event and glamour photographer by trade, Tony has shot a range of subjects including global mega-bands like Foo Fighters, plus advertising work for lingerie brands and gentleman's clubs. It's a tough job, but somebody has to do it... 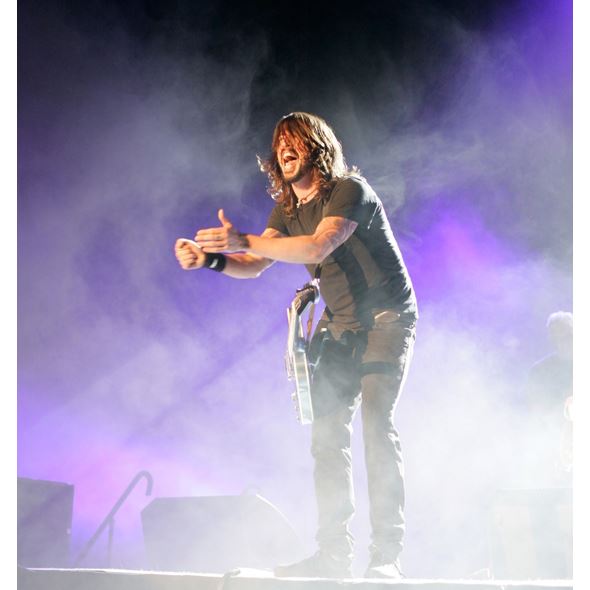 Earlier this year, Tony was approached by Robert Barnes and asked if he would shoot the images for a charity calendar that would be raising funds for the Arthur Rank Hospice Charity. Sadly, in 2010 Robert lost his wife Lisa to cancer. Lisa spent her last days at the hospice and both she and Robert were so overwhelmed by the level of care that the "angels" at the hospice provided that, following Lisa's passing, Robert was inspired to set up The Lisa Barnes Memorial Fund in aid of the Arthur Rank Hospice Charity.

Arthur Rank House is an adult hospice offering specialist palliative care to patients over the age of 18. Arthur Rank Hospice Charity works in partnership with the NHS to offer vital hospice services throughout much of Cambridgeshire. Together they support over 1000 patients each year, as well as their family and friends, helping them deal with the challenges presented by cancer and other life limiting illness.

The professionals at Arthur Rank House work closely with patients and their families enabling them to live life to the full to the very end, making the most of the precious time they have left together. The environment is one of care, empathy and professionalism, where time is no object.

The charity is committed to raising over £1 million each year and is solely responsible for funding the Day Hospice and Hospice at Home service. It also funds vital services such as bereavement counselling and the chaplain, as well as transport for patients and relatives, volunteer-training and expenses, the Tea Bar, Visitors' Kitchen, requests from the In-Patient Unit and major refurbishment projects.

As part of his target of raising £100,000 for the charity, Robert had decided to put together a calendar which could be sold to raise funds. He had enlisted the help of local friends, family and businesses and approached Tony to ask if he would give up his time and expertise to shoot the photos. In this interview I spoke to Tony about his involvement and some of the challenges he faced.

For more information, to see more of his usual work, or to contact Tony, visit www.tony-read.com.

Lisa Barnes was a great family person and a much loved member of the local community. She always helped others and became a volunteer mentor for Fenland District Council and Cambridgeshire County Council, helping families with difficult children. A good listener, Lisa would always be at the other end of the telephone to offer her support.

When Lisa found out she had cancer, she had just 12 days to prepare herself for major surgery. As Lisa’s illness progressed she remained positive to the last and was known affectionately as the ‘little soldier.’ The last 8 days of Lisa’s life were spent at Arthur Rank Hospice, and each day was greeted with characteristic enthusiasm. Lisa would never lie down to die; on the day she passed away she was tired, went to sleep and drifted away.

Lisa is much missed but she leaves a very positive legacy behind her. She was dedicated to others during her lifetime, and that is why her family and friends have established the Lisa Barnes Memorial Fund in her honour, to raise funds to help others as Lisa would wish. Events are being held with a target of raising £100,000 for the Arthur Rank Hospice Charity.