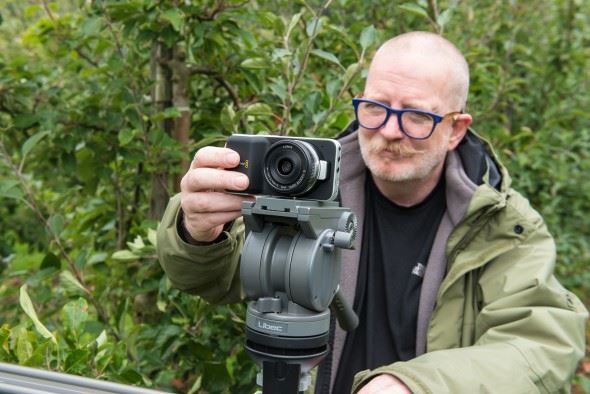 Matt adjusts his shot on the Blackmagic Pocket Cinema Camera

Given that he dabbles in still-life shooting, filmmaking, stop-motion animation and food photography, it’s fair to say Matt Barlow has his fingers in a lot of pies, some of them literal.

Matt originally learned his trade on film cameras and then trained up to digital when the revolution hit, but these days you’re just as likely to find him toting a Blackmagic Cinema camera as a standard DSLR. Indeed he’s proven so successful as a photographer and filmmaker that his work was nominated for an AOP Photography Award!

We got in touch with Matt because we wanted to find out a little more about what it was like to add the video string to his bow. Read on for our Q&A on photos, videos and everything in between. 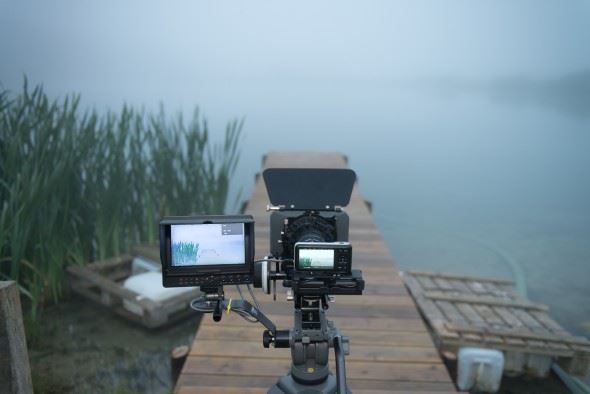 Wex Photographic: How did you get started shooting video?

Matt Barlow: It seemed fairly obvious about four or five years ago that moving image content was not going to go away – at this point you can go to Marks and Spencer and the price tag on the potatoes probably has a little video on it! It therefore seemed a logical extension on what we did to start looking at video, start playing around with it, and then start training towards doing it.

Wex: Was the adjustment from shooting stills to shooting video challenging?

Matt: Moving images compared to stills photography is sort of like American to English – lots of things sound the same, but they’re really quite different. I’m old enough that I learnt on film originally, and was very used to shooting on film, but when the digital revolution came along we embraced it completely, trained up, and never looked back. So while moving over to shooting moving images is a bit of a learning curve, if you’ve embraced digital before it’s not too bad.

Matt: I’m mostly shooting on the Blackmagic Pocket Cinema. I did a couple of trips to Mexico last year, shooting stills mostly, and I had a look at one of these things and thought: ‘You know what? That fits in my bag.’ I also use a Lumix 14mm pancake lens, so it’s just a little wider than a standard on my 35mm camera, and the combination is just tiny. It fits in your bag, it fits everywhere – there’s no excuse for not taking it.

I bought the Metabones Speed Booster to allow me to use Canon glass on the Pocket Cinema. I also shoot on a very old Nikon anamorphic lens, which I bought for a job fifteen years ago. I found a company that still fixes them down in Brighton, so I sent it off and now I use it with an adapter on the Blackmagic, and it’s lovely.

In the AOP Photography Awards this year there’s a category for best short film, and I’ve got a film in the final. That’s all shot on the Blackmagic Pocket Cinema camera with the anamorphic lens and a Glidecam HD-2000 gimbal. Mostly shot in natural light, it’s in a tiny, tiny restaurant in Hackney. We’d had a look at it, and wanted to shoot the guy there as he makes the most amazing pasta, so we just went in with a very small camera, small rig, and a couple of LED lights to add to the daylight. Shot the whole thing raw and put it together in Resolve. 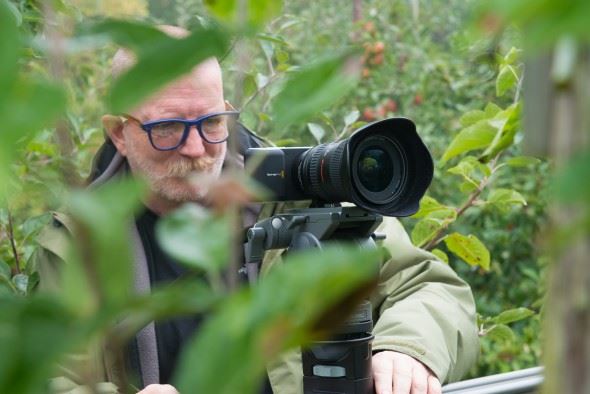 An adapter allows Matt to use Canon EF lenses on his Blackmagic camera, expanding his creative options

Wex: Do you do your own video editing?

Matt: Some, not all. There are lots of things I can do – I use mostly Resolve for all the grading, and am looking into using Resolve 12 for editing as well, though currently I tend to use Final Cut Pro Studio. I flick out of Resolve and use a little bit of Adobe After Effects if I want a specific effect like optical flares, so I’m using a combination of stuff.

Wex: Was video editing a tough skill to learn?

Matt: Yes and no. I’m used to Lightroom, Photoshop and various plugins, so in a way jumping to video editing was daunting but not terrifying. Also, I cut my teeth on Final Cut Pro Studio, and if you can use that you can use anything! It’s not very user-friendly. Resolve is a breath of fresh air in comparison – it’s much more logical. It’s a little bit frustrating at times, but hey, all you’ve got to do is use it more and more. 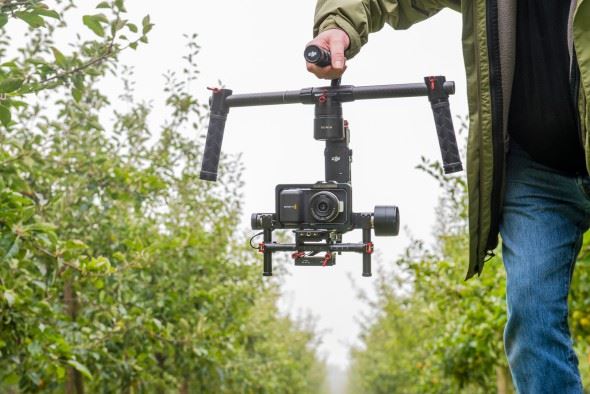 On location with a DJI Ronin handheld gimbal

Wex: What would be your advice for a stills photographer looking to expand their skillset to include video?

Matt: The simplest way to do this is to get a camera and start shooting. Take a camera anywhere, shoot against the light, shoot into shadow. That’s how you learn. The Blackmagic Pocket Camera is particularly easy, you just press the iris button, then you press the focus button, and there isn’t much more to it than that. Like all these things, practice makes perfect.

Wex: Lastly, what does the future hold for you? Any special projects in the pipeline?

Matt: We have shot several commercial projects and I can’t tell you anything about them! I live in a world of non-disclosure agreements…

I tend to do projects like my film for the AOP Awards where I pick something with no clients that we can just do and have fun with. One I’ve been talking to Blackmagic about is shooting the season of an apple! I’ve been working with Loddington Farm down in Kent, and the Fruit Growers Alliance has been very helpful as well. Basically we go down and shoot the various key stages throughout the season of an apple – we’ve just finished the harvest, so we’ve got another month or so of waiting for leaves to drop off trees, but I’ll be putting the project together very soon! 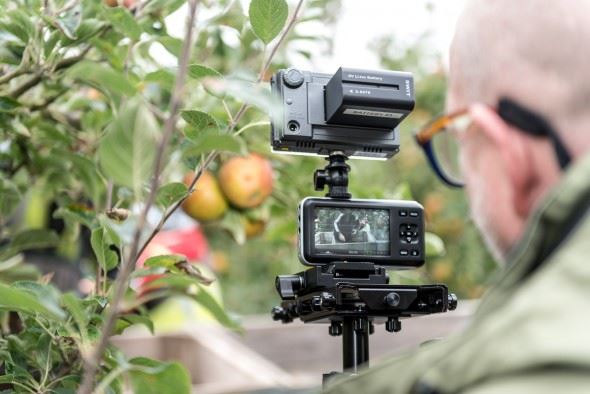 Matt strikes a balance between personal and professional projects

Matt Barlow is a London-based photographer and filmmaker who creates staged images for advertising agencies and design groups. Find him at mattbarlowuk.com.