Focusing on asylum seekers caught up in unfeeling bureaucracy, Sam Ivin’s project is captivating photography. We find out more 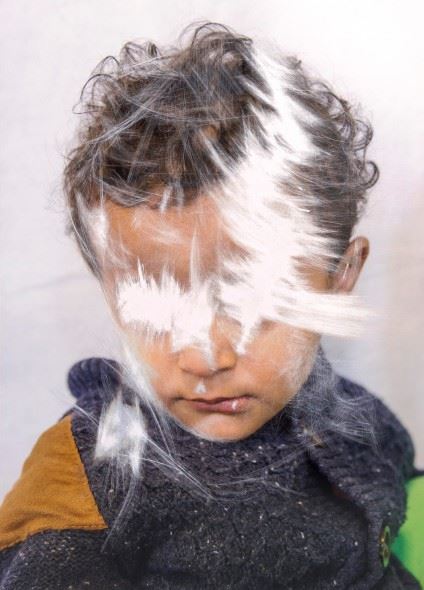 Look through the numerous portrait photography guides, on our blog and others, and you’ll see one tip repeated over and over.

Focus on the eyes. Get the eyes sharp. The viewer connects with the subject through the eyes, so get them right. It’s an adage often repeated for the simple reason that it is entirely correct.

The first thing you will noticed about Sam Ivin’s portraits in his series “Lingering Ghosts” is how brazenly and violently they flout this rule. The eyes of his portraits are not just out of focus – they are physically scratched from the surface of the print.

His project focuses on asylum seekers in the UK, and in particular ones who have been caught in the system and exist in a state of uncertain limbo, awaiting approval to start a new life. Unable to return to where they came from, unable to move on, they linger in constant fear and doubt. Many fled their homes because death would have been inevitable had they stayed, and have ended up waiting for literal years before they can start their life again. It is a drawn-out process of unbelievable frustration.

The physical defacement of Sam’s portraits mirrors the dehumanising nature of the bureaucracy these people undergo, which Sam learnt more and more about as he spent time with his subjects. The project is titled “Lingering Ghosts”, and has been turned into a book of the same name published by Fabrica.

We spoke to Sam to learn more about it… 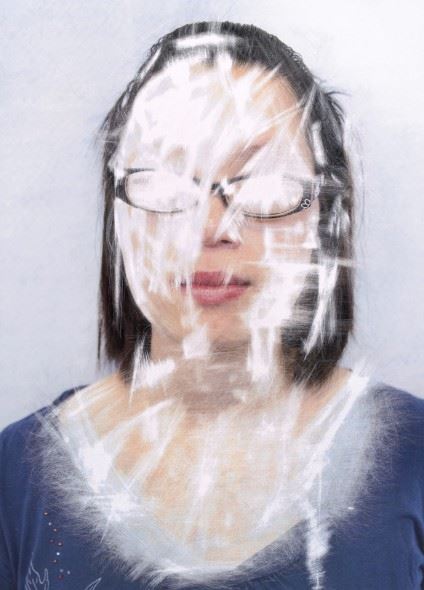 Wex Photographic: Thanks for talking to us, Sam. How did this project get started?

Samuel Ivin: I was in my second year at the University of South Wales in Newport, studying documentary photography. It was a time when the UK Border Agency was being closed down, and they hadn’t managed cases very well so they were transferring them to the Home Office.

During this time there were lots of headlines about asylum seekers, and I found myself just wanting to know who these people were. So first I briefly visited a detention centre near Heathrow, and from there I went to a drop-in centre in Cardiff and started spending time handing out and volunteering. The more people I spoke to the more I realised how many there were and how long they were waiting – some people five years, or even eight years. 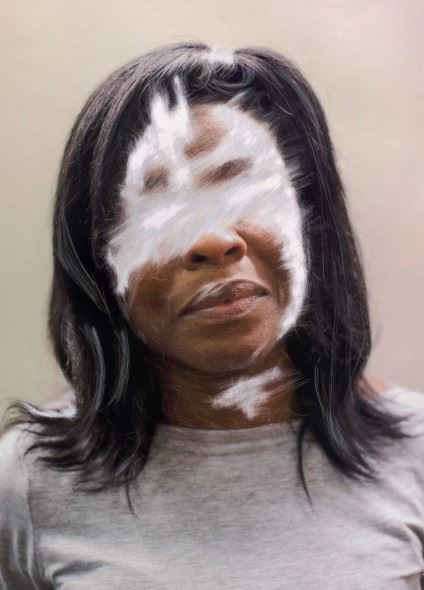 WP: At what point did you go from helping out to making images?

SI: Probably a month or two months in. At first it was quite hard – I’d wanted to do passport-style photos with video interviews, but it just didn’t work. There were only about two people who were up for it as people had a lot of insecurity about having their faces shown, as it might affect their asylum, and if they ended up being deported it could be dangerous for them to have their images getting out.

So this put a bit of a spanner in the works. I was thinking, “How do I demonstrate this long period of waiting? How do I show these people without showing their faces?” I started playing in Photoshop originally, but then this idea came about.

WP: And that was to physically alter the prints themselves? 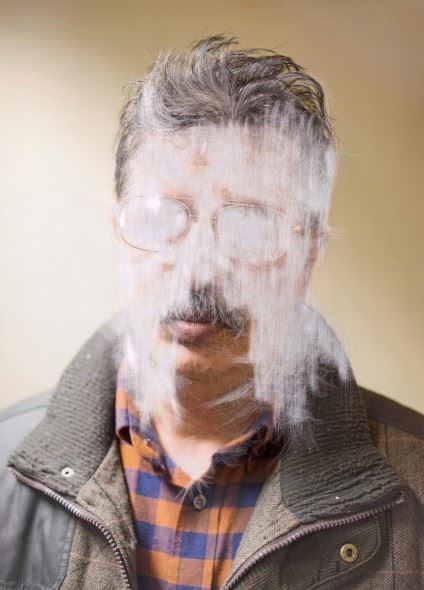 WP: Another part of the project was that you interviewed your subjects and gathered their stories. What sort of things did you uncover?

SI: Originally there were just seven people, and then I went back to the project a year later and photographed lots more, interviewing about fifty of them. There were varying lengths of interviews, and varying quality as well, but I heard lots of different stories.

One man I met was from the Democratic Republic of the Congo. I photographed him in Leeds in 2014, and he’d spent about 15 years waiting for asylum, which is obviously a ridiculously long time. The way he was treated by the Home Office was incredibly insensitive – he’d actually been tortured in the DRC, and yet he was still threatened with deportation a couple of times. He tried to commit suicide twice during the 15-year period and his mental health was absolutely horrendous.

But in the end, with the help of the therapy centre in Leeds and after another long period, he got through it, and he’s now living in South Croydon. So there is hope for these people – as horrible as the waiting can be, as boring and as frustrating as it is, in the end people like this man can get asylum. 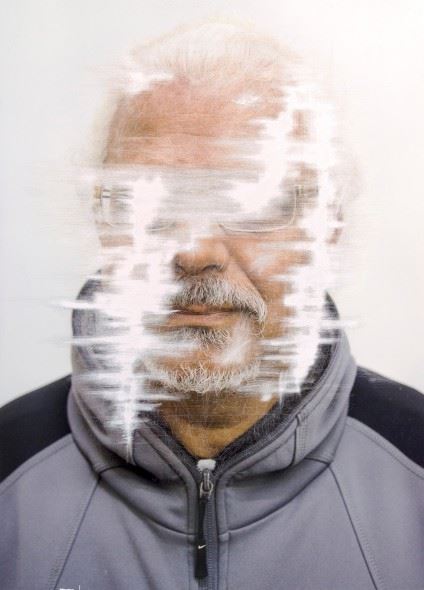 WP: It must be a lot for you to take in and process.

SI: Yes. A strange aspect of it though is that sometimes when you’re speaking to strangers they find it easy to open up to you, so you’re able to have some quite heavy conversations. It didn’t really hit me until I was writing them up – we only included short texts in the book, but I wrote them all up initially –but when I was writing about female genital mutilation in Gambia, it just hit me when I stopped and thought about what I was writing.

WP: It’s an important way to humanise these issues, which we can be guilty of viewing in the abstract.

SI: Yes. When you meet these people you understand the impact. 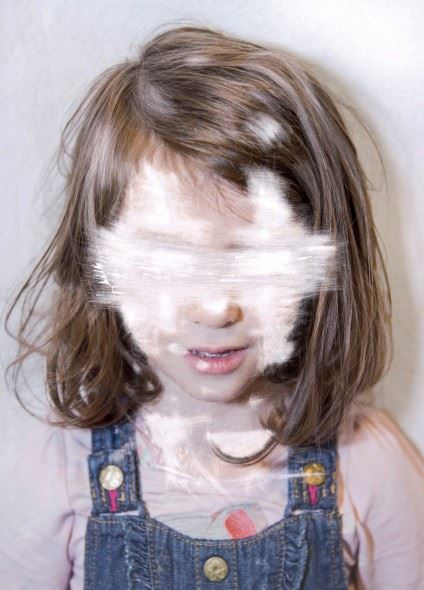 WP: Your work touches on political issues that are becoming increasingly volatile, with the worsening refugee crisis and political debates over immigration. What role do you think photographers can play in this area of public discourse?

SI: Well, Don McCullin would probably tell you that you can’t! And when I saw a talk by Giles Duley (whom you at Wex obviously know) last year, he spoke about photographers having a “ripple” effect. It’s a bit of a cliché, but if you’re adding something to a conversation you don’t know what you might inspire, or what you might twig in someone’s mind.

I definitely think there’s a place for photographers here, but we do have to be careful that we’re not just snapping away and presenting pretty pictures. If you’re going to enter a debate, you have to have something you’re going to communicate.

WP: What sort of reaction have you had to the project?

SI: Generally it’s been really positive. It’s interesting; most people just want to know the stories behind the images, so the majority of the reaction has been very supportive of the work. You get a couple of trolls on Twitter, but other than that it’s been amazing. People have been so accepting. 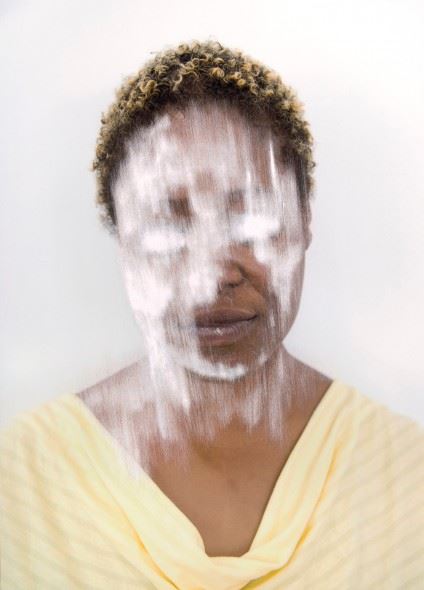 Sam Ivin is a documentary photographer. He graduated from the University of Wales, Newport, in 2014. His website is samivin.com