Shooting the breeze with Chris Grimmer 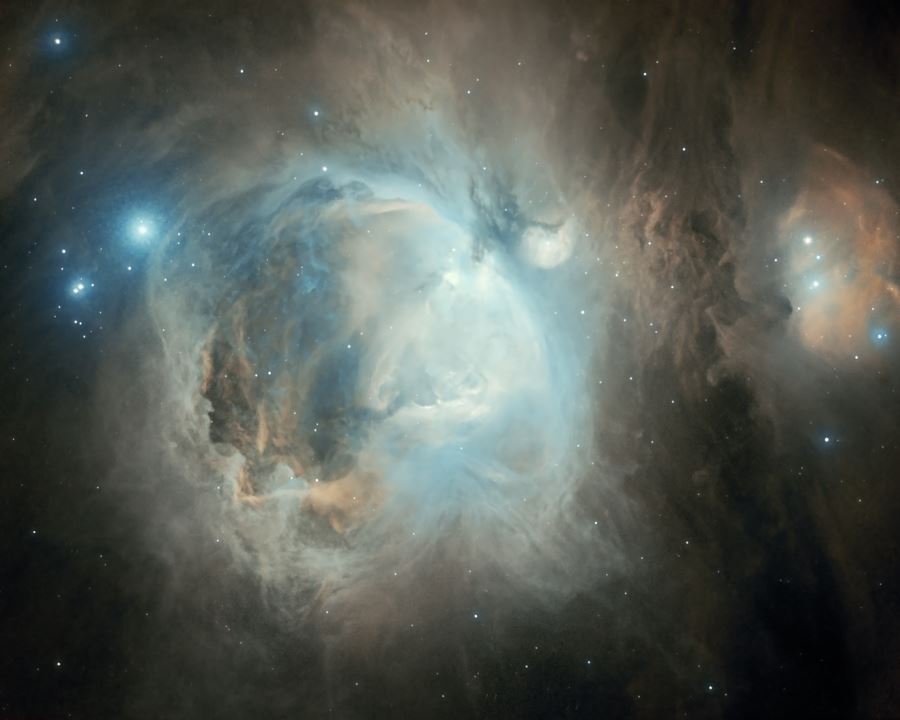 Chris Grimmer: A few years ago I picked up a second-hand scope that cost me a few thousand pounds. The scope had been setup in an observatory for some time, without getting much use, so the focuser had seized and needed replacing. This scope was handmade in Russia, so the instructions hadn’t translated well and the rebuild was done without a guide. All went well: Mirrors were removed, cleaned and replaced, and everything seemed to work… Well, until I got to test it under clear skies.

Given that clear skies in the UK are limited to maybe two or three nights per month, the testing process was very long-winded. Long story short: 12 months, lots of fuzzy images and frustration later, I discovered I had positioned the struts that held the front mirror holder upside down. This meant the mirror was 10mm closer to the main mirror than it should have been. Doesn’t sound like much, but it made all the difference. To say I was annoyed at myself was an understatement!

CG: There’s a Nebula called the Elephant's Trunk, which was the first nebula I ever photographed. As this was my first attempt, the image was quite poor by my current standards, so I would like to redo it. However, it has now become my nemesis.

What we can see in the sky changes over the course of time, so certain objects/constellations are only visible for a short period of time (potentially a few weeks or months). In the past four years, on only three separate occasions, I have started imaging this object. But, due to technical issues and poor weather, I have run out of time to capture it. Spending multiple nights capturing 10+ hours of exposures only to admit defeat is pretty soul destroying.

CG: The joy of astrophotography is that it has to be done at night and usually over the winter months, which can make for a very uncomfortable experience. One of the coldest nights I can recall hit -7 °C, ice was forming on the telescope and by midnight even my hood had a layer of frost on it.

Packing away metal telescopes and mounts when it’s frosty is a rather nasty experience. Plus, the aluminium screws tend to be a pain. You learn pretty quickly to abandon any sense of style and just dress for warmth, which for me now involves some very unattractive padded trousers – which I get a lot of grief for from certain other astronomers.

CG: For me, it would have to be a night-time shoot, high up in the Atacama Desert. The skies there are some of the darkest and cleanest in the world. There’s no light pollution and due to the height, the skies are so clear.

I was speaking to a scientist who had just returned from a research trip there; he described the sky as being so dark that the Milky Way glowed to the extent that it caused shadows on the ground. For me, that would be the dream, but as the public are not allowed up there, New Zealand’s South Island is well and truly pinned at the top of the places I’d like to visit.

CG: Widefield astrophotography (or Milky Way photography) seems to be an area that gets faked quite often, with a well-known publication falling foul of this recently. The sort of thing I mean is taking an image of the Milky Way and editing it onto another image, taken at a different time and location.

We live in a world full of artificial light, so getting a good dark sky and the Milky Way, with the foreground you want is not always possible. I don’t feel this gives you the right to create a false image and then try to pass it off as an actual photograph (it’s fine as long as you clearly label it as an artistic impression). We spend a lot of time and money chasing that perfect shot; don’t sell us all short by faking it. 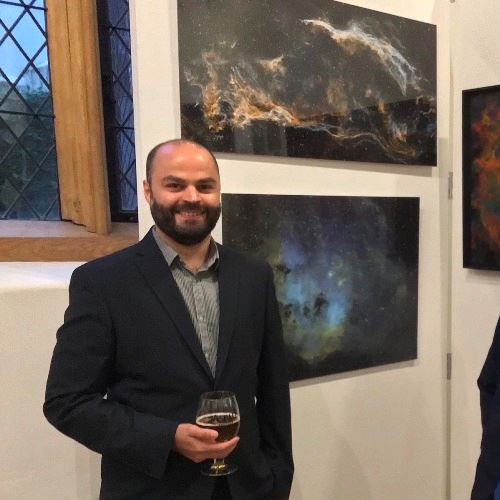 CG: I have never done anything too extreme to get a shot, unless you count sitting out in minus temperatures all night, grabbing a couple of hours sleep and then having to work all day. On those rare occasions when you get a string of clear nights, after getting about five hours sleep over about four nights, you start to pray for cloud.

One of my friends who does a lot of Milky Way shots has driven from Norfolk to Devon, done a night of photography and then driven back home. That’s only a 700-mile round trip to get a photo!

WPV: Smartphones have made everyone a photographer: Do you agree?

CG: I totally agree. I bought my phone purely based on the camera it had. However, there is still a massive difference between phone photography and using a dedicated camera. I think we are a long way off seeing a wedding photographer turn up with just a smartphone (although I’m sure this has happened).

I purchased my current phone because I had seen what it could achieve in low light, and it has the ability to take pictures in RAW. My project for the autumn is to do a side-by-side comparison of the Milky Way shot from a panorama/stacked phone image and a panorama/stacked DSLR image.

Best Accessories for Night Photography in 2018