Shooting the breeze with… Chris Weston 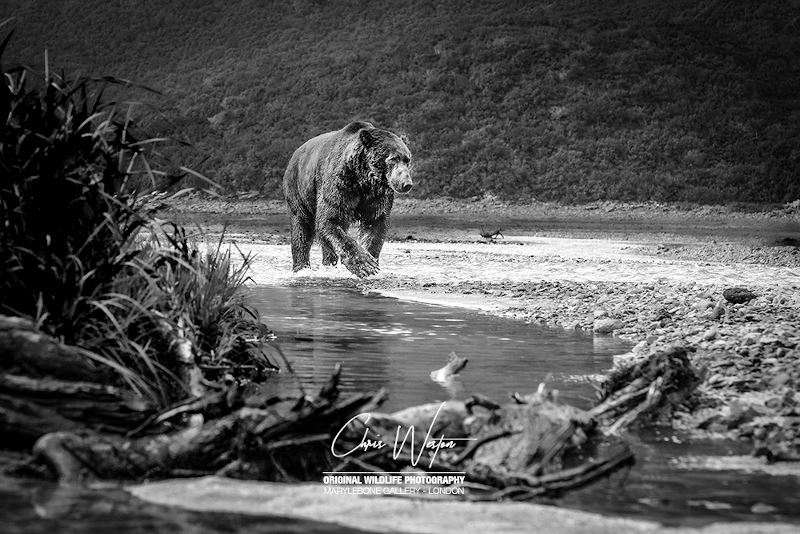 Chris Weston: Working in hostile environments photographing big, sometimes scary mammals, I’m always pushing equipment to its extremes. Usually I get away with it, but sometimes the environment or the animal wins. I once had a tug of war with an elephant over a bean bag (the elephant won). I’ve had a grizzly bear chomp a newly-acquired GoPro before dropping it into the Pacific Ocean, never to be seen again. I’ve had a rhinoceros crush a lens hood and an orangutan make off with a remote control, but the most expensive bit of kit I’ve trashed is a complete camera and lens outfit, which went overboard when I capsized a canoe.

CW: As a wildlife photographer, you’d think the hardest animal I’ve ever had to photograph would be something like a snow leopard or Siberian tiger but the toughest assignment I’ve ever had is photographing wild Asiatic water buffalo, in Nepal.

They are critically endangered and live on flat, desolate islands. They have great senses of smell, sight and hearing, and are very wary of humans. After five days trying to get close enough for a shot, I had failed miserably. Every time I approached, they simply ran in the opposite direction. So I moved on to Plan B, which involved setting up a temporary hide at one end of an island, while my fixer and boat skipper headed for the buffalo.

The idea was, as soon as the buffalo saw them, they’d run, hopefully straight towards me in the hide. No such luck. They ran but not where I wanted them.

The boat skipper came up with Plan C. He suggested persuading some locals to help “herd” the buffalo in the right direction. That night, in a local bar, we managed to gather nine men to work with us. Their job was to run alongside the buffalo when stampeded. It was close to 90-degrees and 100% humidity and, by the end of the following week, half the “team” had resigned, the local brew being a greater enticement than working for a mad Englishman in the heat of the mid-day sun. However, between four dedicated herders, the fixer, the skilled boatman and me, the shot was finally in the bag.

CW: In 2009, I wrote the book Animals on the Edge: Reporting from the Frontline of Extinction, published by Thames & Hudson in London. It has always been my dream to turn the book into a documentary film. This year is the book’s 10th anniversary and I am in negotiations to make my dream come true, with a highly skilled, expert team of former BBC documentary makers. The project will involve photographing some of the world’s rarest, most elusive wildlife and investigating what can be done to reverse the conservation failures of the past. It would entail my three great loves - stills photography, filmmaking and journalism. All I need now is around £250,000 to make it happen.

CW: Ansel Adams once said, “The negative is the score, the print is the performance.” It’s a lovely metaphor for the photographic process. Processing has always been and, probably always will be, a part of photography. The camera is a very limited device that doesn’t see the world the way we - photographers see it, and processing is the art that brings the two together. However, processing should not be used to try and rescue a poor original. Nor should it be used (in pure photography) to create an image that never existed. For me that is a line that should never be crossed.

CW: I have a soft spot for wildebeest. I was watching the migration once when I thought, “I wonder what it would be like to experience being in front of a herd of stampeding wildebeest?” It’s the sort of shot I specialise in, putting the viewer in the moment, turning them from voyeur to participant.

Of course, I didn’t really want to stand in front of herd of charging wildebeest because… well, that’d be silly. So I dug a pit in the ground, four-feet square. Once I was in the pit, it was covered with railway sleepers, which were covered with a tarpaulin, which was covered with earth to leave no trace. There was just a tiny hole through which I could poke my lens. I was in the pit for three days and I now know what it’s like to be part of the great migration. And it was worth it. One of the resulting images was selected by The Sunday Times as one of their Animal Images of the Year.

CW: Owning a camera of any type doesn’t make someone a photographer, just as owning a pen doesn’t make someone a writer. But smartphones do give everyone the potential to be a photographer. Photography is self-expression and, because we carry our smartphones pretty much all the time, now, more than at any time in the past, we’re in a position to capture that self-expression. 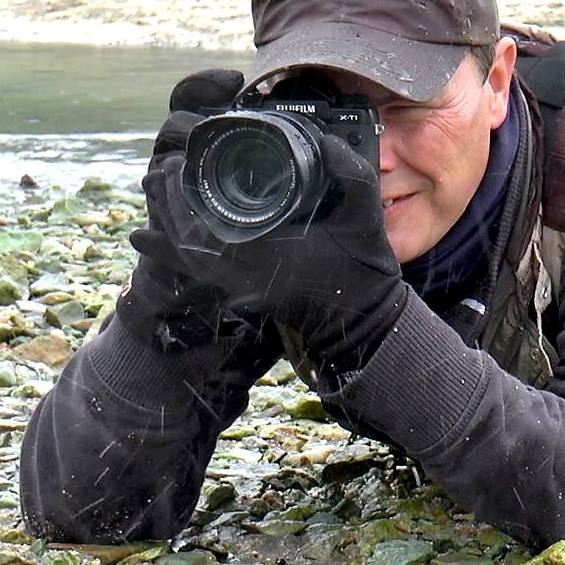 Chris Weston is a professional wildlife photographer. See more from him at his website, chrisweston.photography, and on Facebook.

Shooting the breeze with... Rory Lewis