Shooting the breeze with… Matt Jacobs 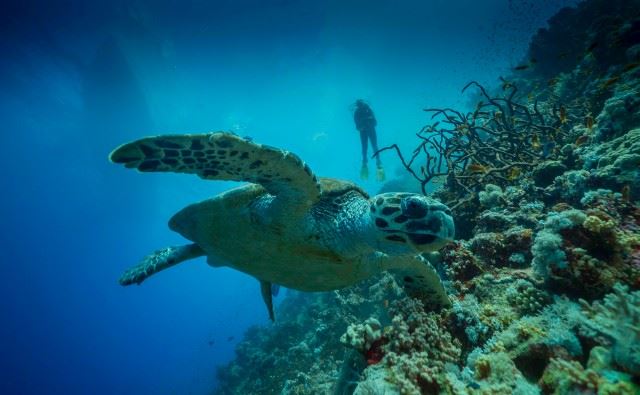 Matt Jacobs: Among numerous speed lights I’ve smashed that have blown over on tripods, the most expensive item I’ve trashed was a 7-14mm lens. It rolled of the deck of a boat and smashed on the floor below, cracking the front element. The worst thing was that I borrowed it from a friend…

MJ: Tiger shark in the Maldives. I’d changed my batteries between dives and quickly put the camera back in the housing. In doing so, I'd knocked the focus from auto to manual (no way to manually focus underwater), and mid-dive a huge tiger shark came really close. I could do nothing as those all around me with point-and-shoot cameras had awesome close ups of her, while I had a blurry mess.

MJ: I had to shoot a ballet dancer in a disused church with mirrors on almost every wall. My strobes were reflecting everywhere. In the end I had to rely on ambient light.

MJ: The sardine run in Africa. Huge balls of bait fish bring in sharks, whales, dolphins, sea birds and more to feed. You can get right in among them. Gear-wise, I don’t think I would change much. The Panasonic Lumix GH5 with a fish-eye would be perfect for switching between stills and video. 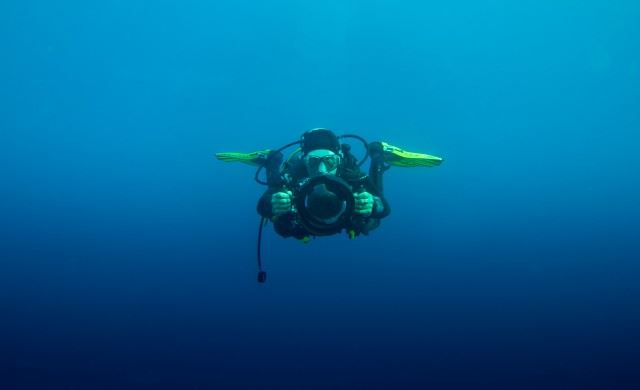 MJ: Images converted to mono with no tonal adjustments. No contrast and no depth to them.

MJ: Last year from the boat we saw some dolphins teasing sharks by dropping fish in front of them then snatching them away. I said to my friend, “I must get in and film this, we will never see this again.” He said no as the sharks were feeding and becoming annoyed. We agreed to a compromise, and he hung me off the side of the small zodiac boat with him holding on to my legs. As I looked through the viewfinder, upside-down, underwater, I saw a large shark barrelling towards me. Was lucky I didn’t get in fully. That was quite ridiculous.

MJ: It's a subject one could discuss for hours. The smartphones do such clever processing that only composition is really required. If I set my camera up to take a great shot on a tripod and get someone to push the shutter, have they taken the shot or me? It's a tough one to answer.

Shooting the breeze with… Chris Grimmer