Tell It How It Is: An Interview with Documentary Photographer Zed Nelson

Documentary photographer Zed Nelson uses photography as a means of communication, where he addresses a variety of meaningful subjects 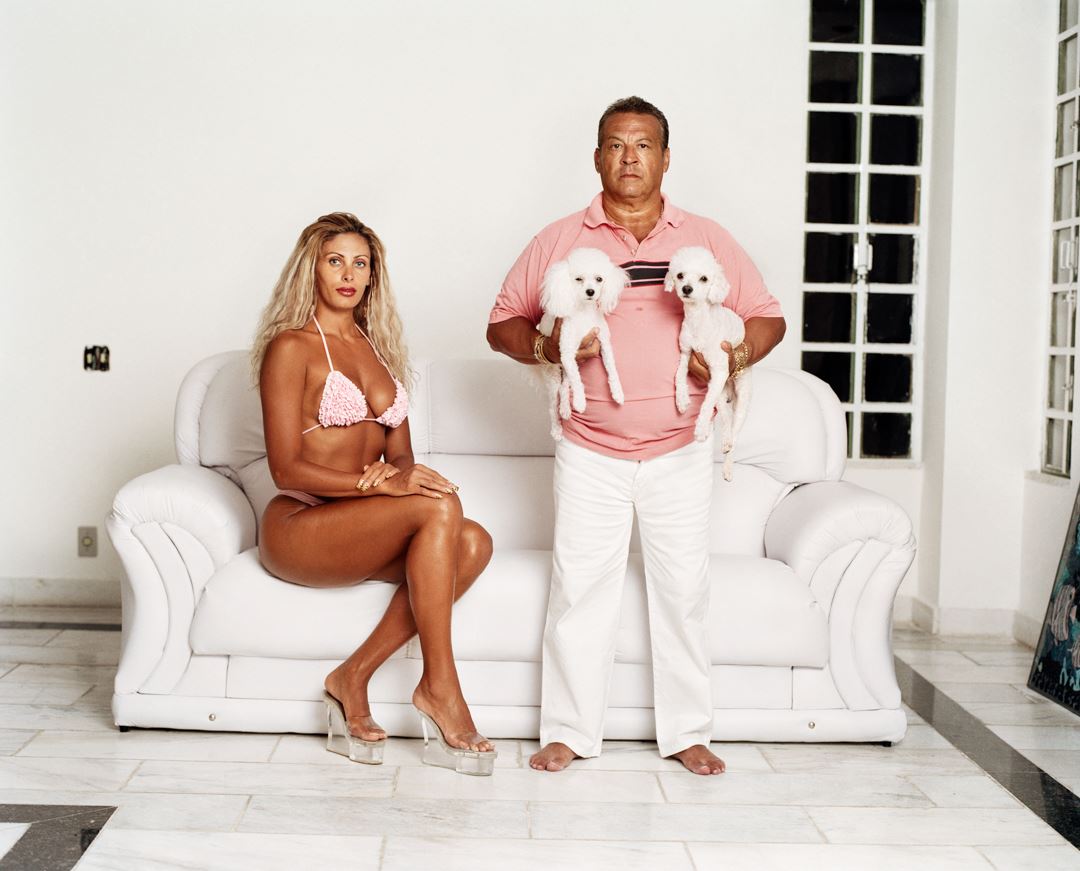 Zed will be speaking at The Photography Show 2018 on March 20th. To find out more, click here. All photography by Zed Nelson.

Zed Nelson’s photography lingers in the mind, long after you’ve walked away or moved onto something else. His images tell stories and draw conclusions; they’re visually striking, honest and sometimes even shocking. But most importantly, they ask questions. As Zed tells me himself: “I like the idea of photography as a means of communication, helping us to question the world around us and better understand what makes us behave as we do.”

Composition, technique and form — although very prevalent in his work — are never achieved at the expense of an image’s authenticity. In a world where powerful editing tools are accessible to each and every photographer, Zed’s work remains refreshingly honest and will no doubt leave a lasting impression, long after you’re finished with this article.

Wex Photo Video: Your images seek to lift the veil on meaningful issues and appear very genuine. To what extent are you mindful of this when processing your images?

Zed Nelson: I don’t retouch images to ‘change’ anything; I simply work on the colour balance and contrast/tone of an image. It’s important to me that I respect the truth of an image and be mindful that my work deals with real people and real issues. 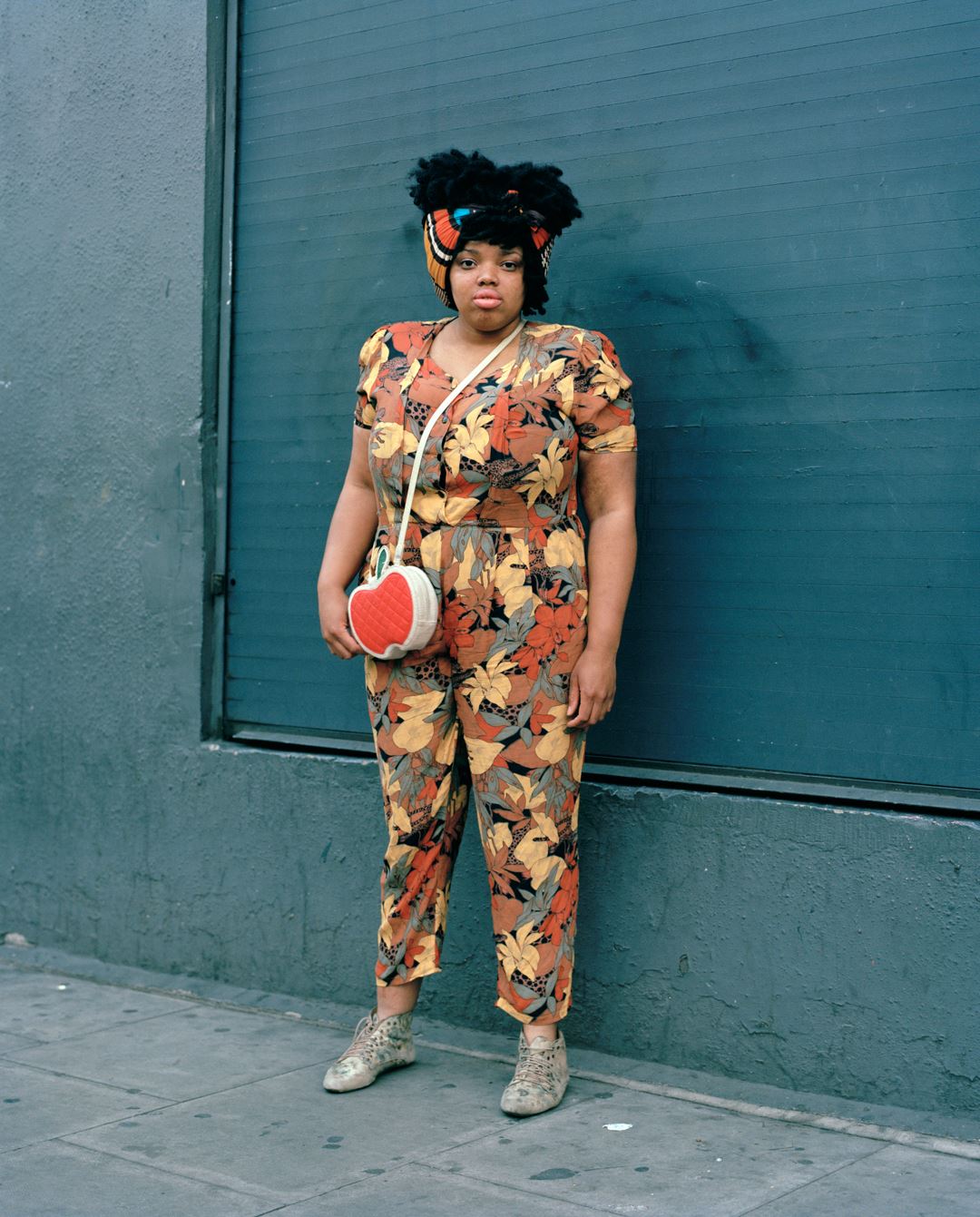 W: Do you enter a project wanting to convey a particular message, or do you find that it forms organically as you take photographs and meet people?

ZN: I try to keep an open mind at all times, but often start a project with a purpose. In Gun Nation, I started from an angle that attempted to question why 30,000 Americans die from gunshots every year. Why is such a grim statistic accepted? Why is gun-control legislation so loose? And who benefits from the situation? My message from the start was something is clearly wrong. But during the project, my aim was to understand the situation and reflect on what caused it.

W: How do you get a subject to open up in front of the camera and how much direction do you tend to give them?

ZN: I think the most important thing is to be straightforward and calm around your subjects — if I’m nervous or unsure, it will affect the person I’m photographing. You have to build a moment of calm and honesty, even if just for a moment. I don’t direct my subjects very much at all. I choose a location, think about the light, and try to build some kind of rapport and mood that suits the image. I then observe what happens in front of the camera. 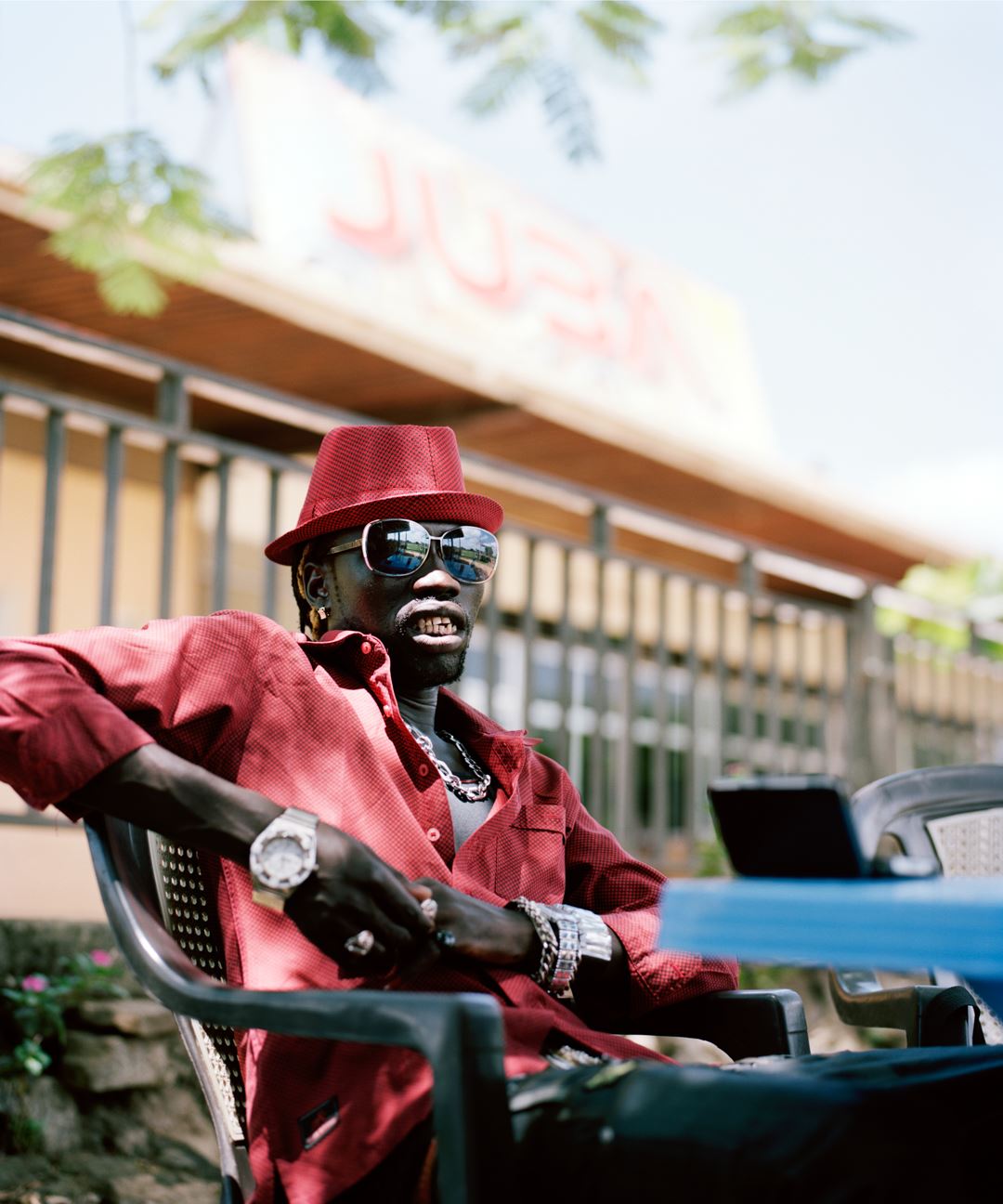 W: Taking candid photographs, especially, can be an uncomfortable process for new photographers. How did you build your confidence?

ZN: Taking photographs can be an uncomfortable process for any photographer. It takes lots of practice. The more you do it, the easier it gets, but it never stops being difficult. You have to psyche yourself up and get yourself in the right frame of mind. Tell yourself: ‘Today I work. Today I am a photographer, and as opportunities present themselves, I will act.’ I’ll designate days for when I’m on duty and days when I’m not.

W: Commercial portraiture often focuses solely on visual appeal, but your portraits focus on character and narrative. How do you achieve this?

ZN: I look for characters and narratives — it’s that simple! If the work is empty, it can still look beautiful, appealing or eye-catching, but it cannot hide its emptiness. I do seek to make compelling images, but images with meaning, with a soul. If you are really involved with a project and really engaged with the subject, I think this will translate into your images.

W: How do you discover and then decide which topic to focus on when producing a new series or book?

ZN: I read a lot of books and newspapers. Once I get interested in a topic, I start researching it. Some I get bored of, but a few get under my skin and I keep returning to them. They are generally the ones that matter; subjects where I believe something is wrong that could be made better. I like the idea of photography as a means of communication, helping us to question the world around us and better understand what makes us behave as we do.

W: What’s the story behind the gentleman holding both a gun and his child [above] in your book Gun Nation?

ZN: When I looked into gun related death statistics in the US, it was astonishing. The gun industry and its lobby groups are hugely powerful in the USA, and they conspire to block any laws that regulate gun ownership. My idea was to ignore the usual stereotypes; gang members and criminals — the groups that are conveniently portrayed as the problem. Instead, I focused on the largely white, middle class who manufacture, advertise, sell and purchase weapons in vast quantities. The first thing I did was go to a National Rifle Association (NRA) convention in Texas. It was incredible; a giant convention centre filled with families, salesmen and thousands of weapons.

The man in this image is called Mike. I met him in a gun shop in Dallas, where he’d come to buy ammunition. I had set up my portable studio and asked to take his portrait. It's the proximity of his gun to the baby that people find so shocking, but he didn't see it that way. To Mike, it represented his ability to protect his family. If you look carefully at the photograph, you can see that his finger is resting beneath the trigger guard. To him, this is a safe way to hold a gun.

W: The Family is a project that spanned 26 years. How did you come up with the idea, and what did you want to convey?

ZN: I started the project 26 years ago, in the summer of 1991. The wife of a friend was nine months pregnant, and I had an idea — based on time-lapse photography — to photograph the mother and father with their baby, soon after the birth. I would then photograph them every year to the day.

I planned the shoots in a formal, almost scientific way; photographing them each year, on the same date, against the same backdrop, under the same lighting. The idea was to show the baby growing up before your very eyes. As the project developed, it also began to illustrate the aging process on the parents.

W: Not many photographers would invest in a project that lasts 26 years, how important do you feel long-term projects are?

The Family is an unusual and extreme long-term project. But long-term projects that take time and require thought and commitment are getting more important. We live in a culture that promotes instant gratification. The dumbing down of TV and the explosion of social media has resulted in people having increasingly short attention spans. The taking of photographs has never been easier or more widely practised, so simply producing images is not enough. You need to produce something with depth. 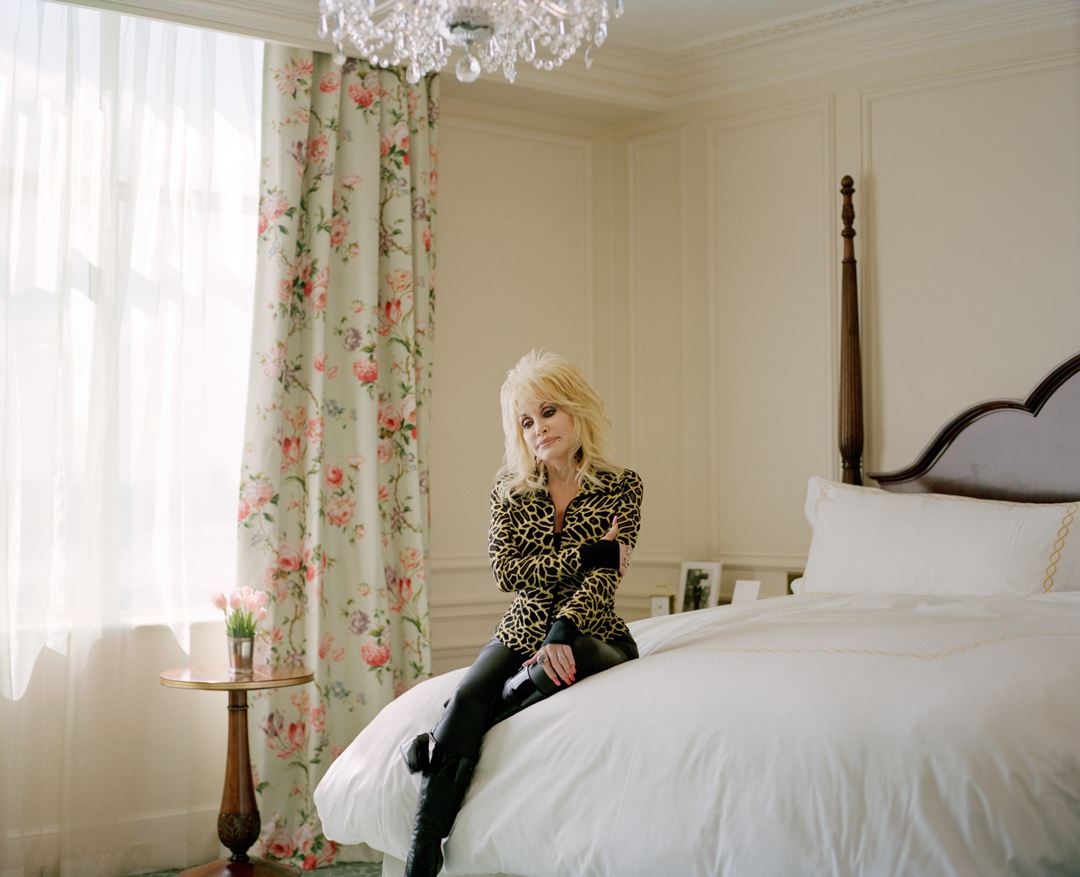 W: How has editing software impacted the way audiences trust a documentary image?

ZN: Images are easier to manipulate than ever before. This has had an obvious impact on how much we trust photography. A little bit of mistrust is good, images have never been entirely objective and 100% reliable in their message — look how they’ve been used in propaganda. But, one of photography’s unique qualities is that a photograph says: ‘This happened or this person or place looked like this’. If we no longer believe in the essential truth of what a photograph portrays, then photography as a medium is diminished. It can still be used to sell clothes and products, but documentary photography becomes less powerful. Even a landscape photograph has a different resonance. It may show a beautiful scene, but if the viewer knows it is half digital manipulation, the perception of beauty is surely lessened. Isn’t the power of an amazing landscape photograph the sense that, nature can actually look like this, evoking a sense of awe and connection with the natural world?

W: Your projects Hackney – A Tale of Two Cities and North Wales prove that British documentary photographers don’t have to travel far to find interesting subjects. Do you have any tips for photographers looking to start their first documentary project in the UK?

ZN: Get on with it and don’t over think it at the start. It’s good to have a purpose, outline and theme to begin with, but it can be simple: a place, route, cultural phenomenon… anything! Then, put dates in your diary when you are going to go out and photograph. And when you do, turn your phone off and start to look.

To see more of Zed's work and to find out more about his many books and projects, visit his website.