An incredible landscape capture was the deserving winner of WexMondays’ seventh week. We chat to its photographer, Neil Hamilton 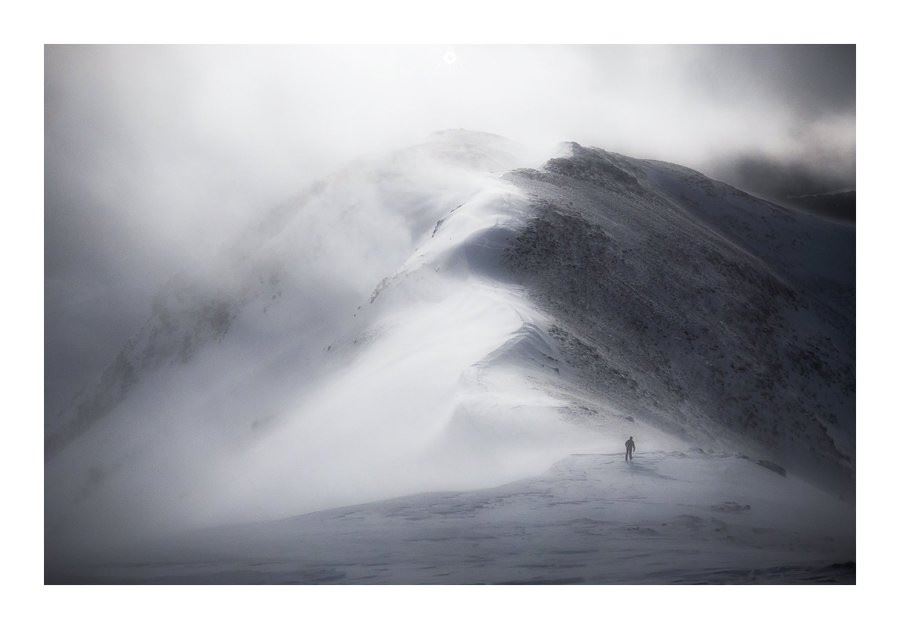 As the old adage goes, the best camera is the one you have on you. In #WexMondays we don’t discriminate over what an image has been shot on – if it’s a great shot, that’s enough for us. The winner of the competition’s seventh week shot his image on an iPhone, a fact that makes Neil Hamilton’s well-deserved triumph all the more impressive.

The judges loved this beautifully composed landscape, which makes the most of some dramatic light to produce a truly impressive image. Neil, who's also known as @HammyPics on Twitter, took the top spot for the week’s competition and got his name onto the leaderboard.

We got in touch with Neil to find out a little more about how he captured this fabulous image...

Neil Hamilton: Many thanks indeed. It was taken on our way back down Beinn Challuim, near Tyndrum in Scotland, on the 23rd of February this year.

NH: The wind was exceptionally strong and there was a lot of ice underfoot, so keeping my balance was challenging. Also, the light in this scene was only like this for a brief moment. A moment before I’d had my phone out of my pocket to take some photos, but had just put it away and put my gloves on when the light hit. I very quickly had to remove my gloves and get my phone back out so that I could get the shot. It took a couple of goes to get the composition right, and I had to wait until my climbing partner was in the best spot, but fortunately it all came together in the nick of time, as the light was gone just after I hit the shutter button.

NH: I often photograph using a Canon EOS 5D Mark IV, Benro tripod and NiSi filters, but the weather wasn’t going to work for that setup on this day. I instead opted just to take my iPhone 11 Pro Max and work with the touchscreen by removing my thick, outer gloves and leaving my touchscreen-friendly liner gloves on.

NH: I shoot using Adobe Lightroom mobile on my phone, so the initial image is shot in RAW format. I then process it on my MacBook Pro at home later using Lightroom and Photoshop CC. I always process my phone images in the same way that I process my DSLR images.

WPV: How did you get started shooting landscapes and seascapes? And what do you enjoy most about it?

NH: I originally started photographing to further a hobby I had always been keen on. However, in 2015 I completed a 365 photo challenge in order to further develop my skills. This ultimately took me in the direction that I wanted to focus on, which was landscape and seascape photography.

NH: Sadly no, due to the current situation. As soon as I can get back out to the mountains or seaside, I will do my best to get an image that I deem worthy enough to submit for the competition.

Neil Hamilton is a photographer based in Scotland. See more of his images at augmentedrealityimages.co.uk.

Fancy entering #WexMondays? Head here to find out how to submit your entry every week!