A moody, atmospheric landscape topped the ninth week of our #WexMondays Twitter competition – here’s the story behind the shot 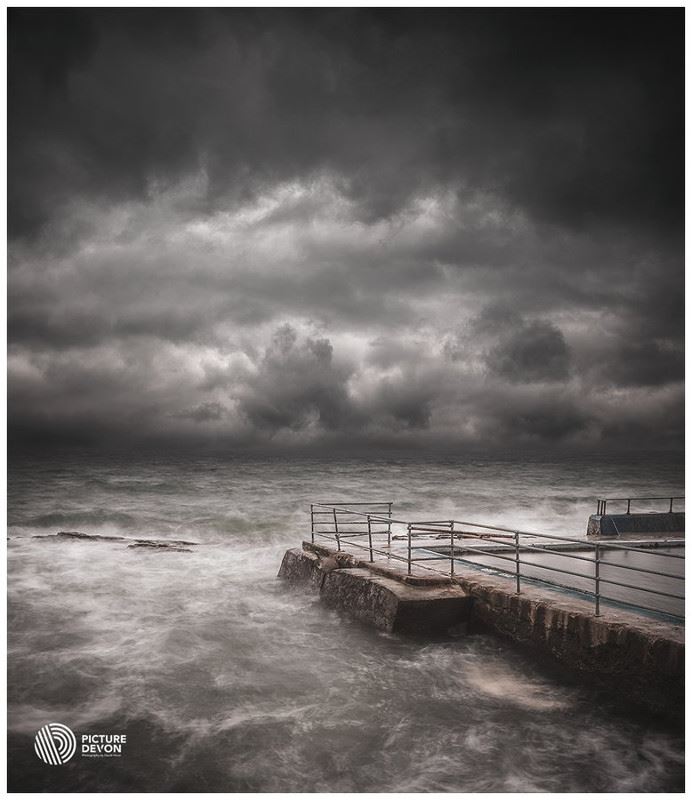 As #WexMondays is a weekly competition, we see plenty of photographers coming back again and again with different images, truly showing off what they can do. David Hixon, also known as @PictureDevon, has been entering the competition on and off since 2016, and has hit the shortlist on plenty of occasions with his distinctive atmospheric landscapes.

David's image from Week #9 of the 2020 competition wowed the judges with its fantastic mood – it’s a fabulous shot that really conveys the emotion of the landscape, expertly captured and judiciously edited. We got in touch with David to find out a little more about how he captured his image, so read on for the story behind the shot!

Wex Photo Video: Congratulations on your winning shot, David! Can you tell us when and where you captured it?

David Hixon:The photo, titled “Abrasion”, was taken at Shoalstone Seawater Pool, just a few minutes’ walk away from my home. It’s a place I frequent often, with and without my camera. No matter what style of photography you’re into – from black & white fine art (my personal favourite) to more traditional landscape photography – it is possible to capture some great shots there. But Shoalstone really comes alive when there’s a winter storm. That’s what I was waiting for – and as usual for the South Devon coast, I didn’t have to wait long!

DH: The main challenges I faced were caused by the very weather conditions I wanted: the rough seas and the storm-force winds that create them. Taking any photo in a gale is challenging, but taking long-exposure shots is even more so. It was a struggle getting as close as I dared to the subject (the poolside) while keeping my equipment dry (not entirely successfully) and stable (more successfully), while trying to stay steady myself.

DH: Abrasion comprises two images: a photo of the wave-battered pool and another of the dramatic sky. Both images were edited in Adobe Lightroom for colour correction, contrast adjustment and image sharpening. Then I used Photoshop to merge and crop the two images into a single composite. Final refinements involved spot-removal and other minor finishing touches.

WPV: What is it about landscape photography that keeps you coming back -- what do you enjoy most about the craft?

DH: When you live in a place like South Devon, with the wilderness of Dartmoor and spectacular coastline on your doorstep, you can’t help feeling inspired by the ever-changing landscapes and seascapes. What I love most is the feeling of peace it brings: put me behind a camera in the countryside or seaside and everyday worries just fade away – practical concerns, like exposure time and battery life, take over. If things don’t work out as hoped for then I can always return another day, or even another year, to have another go.

DH: We are living through strange times for the foreseeable future, and we photographers who enter landscapes into #WexMondays will have to think about other techniques that don’t involve travelling long distances.

As for me, I think my #WexMondays entries will be shot in a home studio or shedio. I would like to revisit macro-based photography using smoke and light, which helped me reach 2nd place in 2018. I might also explore star-trail photography, and combine the two. All I can say is: “watch this space”.

To see more of David’s images, visit his website: picturedevon.co.uk.

Think you’ve got what it takes to win #WexMondays? All you need is a camera and a Twitter account! Head here for the full rules.