Sigma has announced a bumper release of new equipment at PMA 2010, a haul that’s great news for you and a shot across the bows of popular lens manufacturers like Canon & Nikon, who between them have announced just 3 lenses this year. Back to the exciting Sigma news however, the five new lenses are clearly aimed at the serious enthusiast but the price-performance ratio will definitely be tempting for professional photographers too... 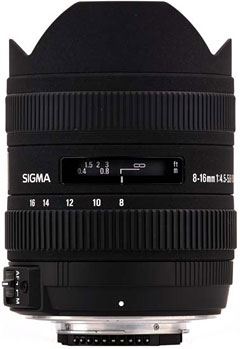 The new Sigma 8-16mm offers the widest rectilinear angle of view available for APS-C digital SLRs, scooping in a stunning 121 degrees of the scene before you. Equivalent to 12-24mm on a full-frame camera, the ambitious field of view is backed up with some optical magic courtesy of four low-dispersion FLD elements to reduce colour aberration, one hybrid aspherical element and glass mold elements to correct astigmatism and distortion. The 8-16mm lens includes a Hyper Sonic Motor (HSM) for fast yet quiet autofocus performance, including full support for entry-level Nikon DSLRs which lack an in-body AF motor. 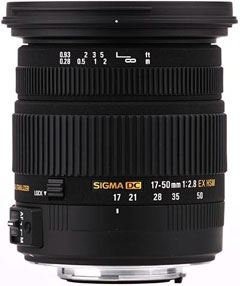 Adding OS to the hugely popular 50-500mm will undoubtedly be a hit with many nature photographers, offering the ability to hand-hold the lens at shutter speeds up to 4-stops slower than usual without blur from camera shake. Curiously the new Sigma 50-500mm lens loses the ‘EX’ designation, which denotes superior build & optical quality and the 2 year warranty extension (let’s hope that’s because the standards have been raised). 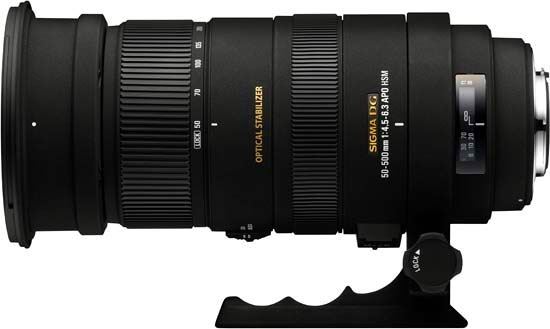 * Sigma notes that circular polarisers cannot be used with the step-down ring, as they may become stuck.

Sigma have solved a serious dilemma for photographers balking at the prices of Canon & Nikon’s new image stabilised 70-200mm f2.8 lenses, by adding their 4-stop Optical Stabiliser system to the 70-200mm f2.8 lens, making it a thoroughly credible option as a high-quality telephoto zoom with low-light capabilities. 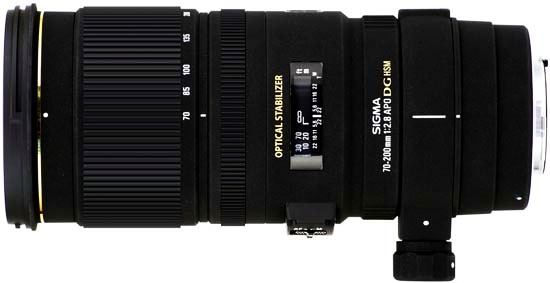 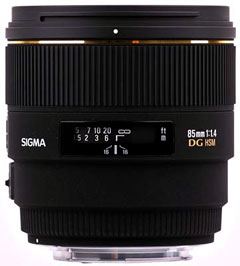 Potentially the most interesting lens of the bunch, the Sigma 85mm f1.4 lens is aimed at the photographer who wants to produce portraits with a shallow depth of field to isolate their subject, with smooth bokeh to compliment. After Sigma’s great success with their 50mm f1.4 HSM lens, the 85mm f1.4 is bound to be an attractive alternative to the Canon 85mm f1.2 USM lens (a serious premium for ultimate quality) and the ageing Nikon 85mm f1.4 lens which lacks AF-S.

The Sigma DP1x is definitely a case of refinement rather than re-design, offering the same 28mm equivalent f4 lens & 14 megapixel FOVEON sensor as the original DP1, alongside updates including faster autofocus with 9 selectable points, a True II image processor from the DP2 and new control labels & menus.

It would be fair to describe both the DP1x & DP2s as fairly niche cameras, in addition to the prime lenses, the FOVEON sensor offers two major benefits over conventional sensors in both compacts and digital SLRs. First there’s the size: Measuring in at 20.7x13.8mm it’s huge in comparison to the tiny 1/1.8in and 1/2.5in sensors (think 7-12x larger than the sensors in most compact cameras).

Next there’s the unique three layer design for full RGB colour capture at each pixel location, ensuring the FOVEON sensor offers exceptional colour & tonal rendition, albeit at a lower absolute resolution than conventional Bayer sensors (each layer is 2,652x1,768 pixels). Make no mistake; these are BIG pixels which focus on quality: 7.8?m each, which equates to a 1.6 MP/cm2 pixel density (similar territory to the Nikon D700 & D3s with an 8.45?m pixel pitch and 1.4 MP/cm2).

Further changes include a switch from Compact Flash to Secure Digital memory, a new 77-zone light meter with new AE algorithms, 5 frame bracketing and a new user interface. While the Sigma SD15 still lags behind some of the features offered by mid-level DSLRs from the ‘big’ digital SLR manufacturers (especially the 5-point autofocus), it’s the dare to be different sensor that’s the raison d'être for the SD15...