Fuji has unveiled the Fujifilm X-T2, successor to its hugely popular X-T1 and the latest X-series camera 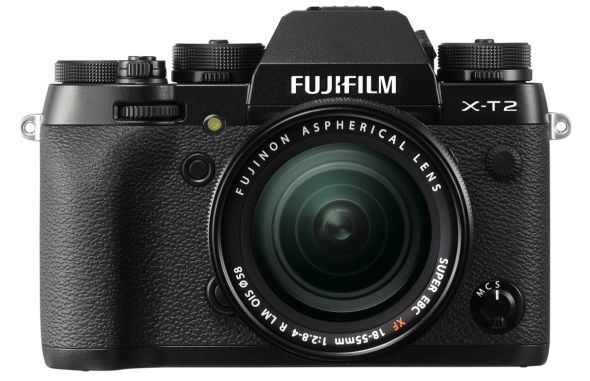 Announced today is the Fujifilm X-T2, assuming the mantle of Fujifilm X flagship and billing itself as the ultimate mirrorless digital camera

This combines of course with the tactile, intuitive, dial-based handling that has characterised the X series since its beginnings and been a huge part of its continued success. 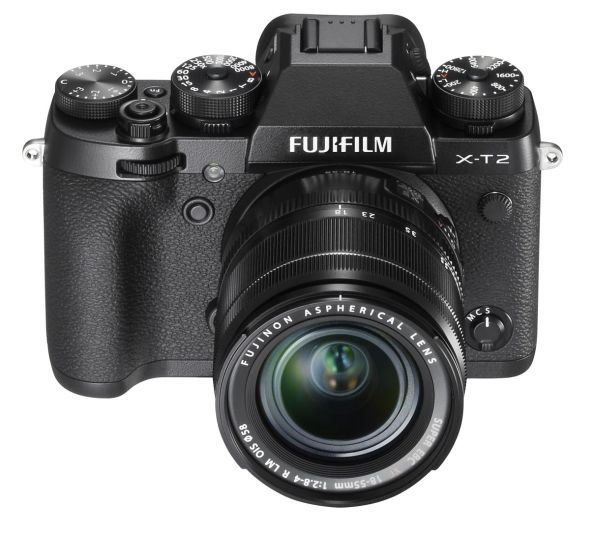 Like the X-T1, the Fujifilm X-T2 offers a rugged and durable body, water- and dust-resistant and able to operate in temperatures as low as -10°C. It's modelled on the same 'central viewfinder' style of its predecessor.

Chief among the Fujifilm X-T2's headline features is the fact that it brings 4K video to the X family, the first X-branded camera to do so.

According to Fuji, the X-T2 packs in approximately 1.8x the information needed to produce 4K video (3940 x 2160 pixels) and supports a high video bitrate recording of 100Mbps for both 4K and Full HD. Fuji cameras have never really been the choice of video shooters, but the arrival of the X-T2 could see that start to change. The film simulation modes that feature on all Fuji X cameras can also be used when shooting video.

Fuji promises that all the basic response functions of the camera – startup time, shooting interval, shutter release time lag – have been sharpened up and improved, while new high-speed algorithms have further improved the already impressive autofocus on the X-T1. 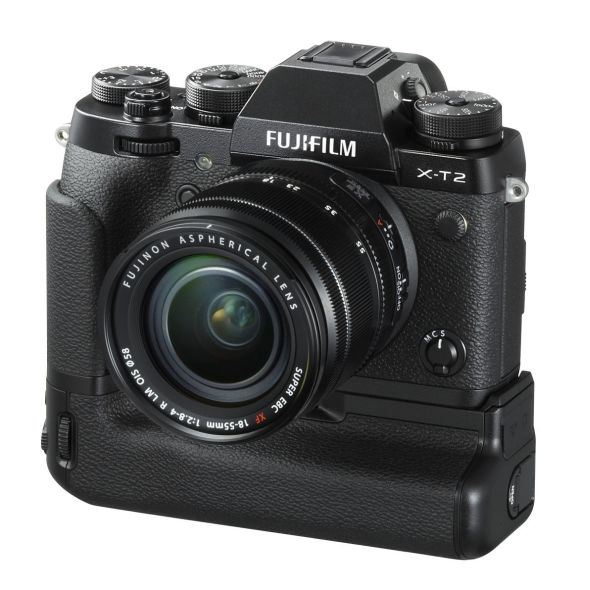 Simultaneously released alongside the X-T2 is the Vertical Power Booster Grip (VPB-XT2), which bolsters the camera considerably and brings it even further into the realm of professional use.

Boasting all of the weather- and freeze-proofing enhancements of the camera itself, the VPB-XT2 also bumps the total number of batteries from one to three, allowing the user to shoot for much longer. The maximum number of frames per charge with the grip attached is around 1,000, while the duration of 4K video recording is up to 30 minutes.

The grip features a shutter release button, focus lever, AE-L button, command dials, Q button and Fn button, all of which mean the camera is as intuitive to operate in vertical orientation as it is horizontally (you can see them on the top in the image below). 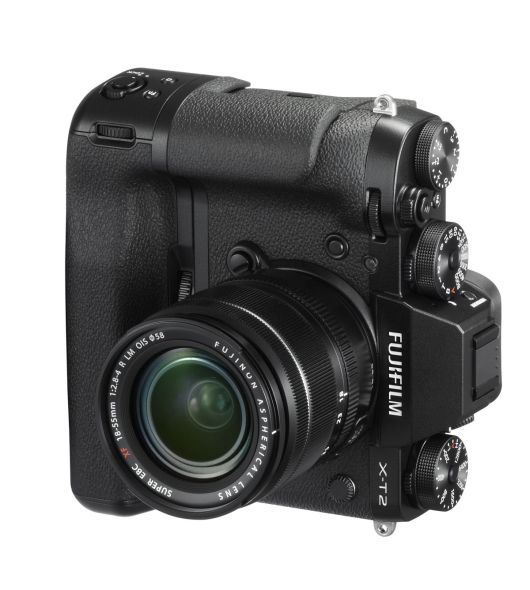 There’s also a headphone jack for audio monitoring during video shoots, and a battery charging functionality for quickly getting your two extra batteries to full power (approximately two hours).

A few pros have been lucky enough to try out the Fujifilm X-T2 before release, and were able to show us a few sample images that look pretty spectacular. We've got some sample images from wedding photographer Kevin Mullins, child portraiture shooter Saraya Cortaville and motorsport photographers John Rourke for you to take a look at below, and the three have also offered their hands-on first impressions from their time using the camera. Scroll down for more. 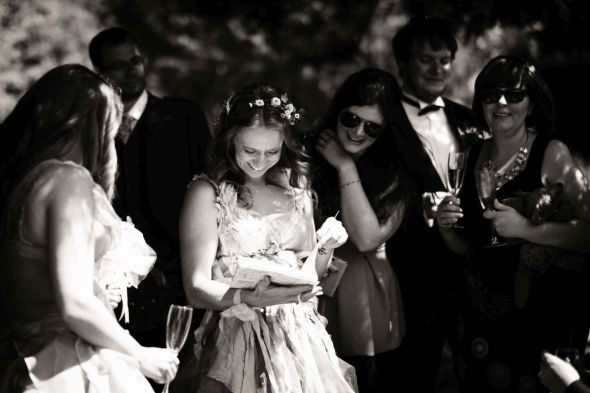 “The X-T2 offers me the opportunity to get different shots. If I’m shooting bridal procession-style images, the flipscreen gets me some shots I wouldn’t otherwise get.”

“I’ll keep the X-Pro2 in my bag because I love the portability of it, so it’s great to have two different cameras with files that are identical and all work together.”

“The X-series cameras allow me to get closer and capture more intimate shots. They really have changed the way I approach my wedding work, the images I shoot and the way that I shoot.”

“This is a much less threatening camera; I can shoot weddings from the inside out, rather than the outside in.”

“I’ve got my 4K monitor, I’ve started doing a little bit of video and I’m really excited by it.”

“I used to shoot all the time with the optical viewfinder, but since the firmware Ver4 update, the refresh rate and lowlight performance is great. I don’t need the Optical VF any more, if I use it now, it’s out of choice.” 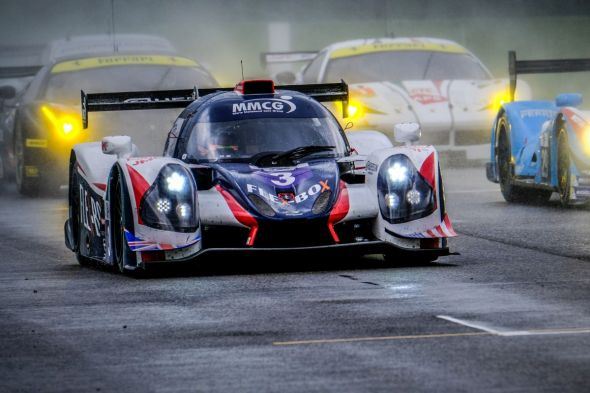 “This one is the best. It’s a mind-blowing camera. Hit rate is equivalent to that of my old DSLR; I’m getting a lot more keepers than I did with the X-T1.”

“The dial locks are a godsend, saving me getting that odd unexpected under or over-exposed image.”

“When you put a DSLR in a person’s face, they’d cringe. Now I can get low and engage with people in a different way.”

“I turned preview off and mostly used the EVF, and the blackout time is practically non-existent.” 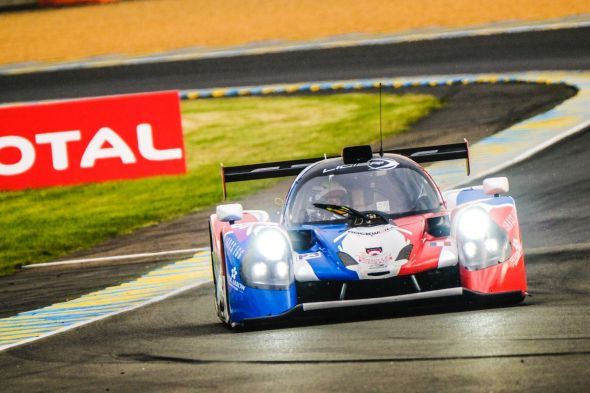 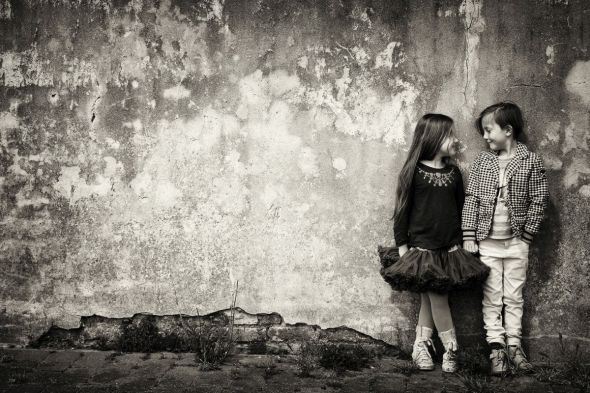 “Using a DSLR is a monster. I travel and spend a lot of time on my feet – it’s heavy.”

“So I was keen to try and pare down my kit, and now it’s a real joy to have a setup that isn’t hurting me to use.”

“I was a little concerned about moving to a cropped-frame sensor, but as soon as I saw the files it really didn’t matter. The hit rate I’m getting from this camera was way better than what I was getting from my DSLR; it’s really exciting.”

“Mentally I’m slowing down with my shooting, because I know I’m getting a better hit rate. Now that I have more confidence in the shots I’m getting, I’m more considered in my approach, and probably more creative.” 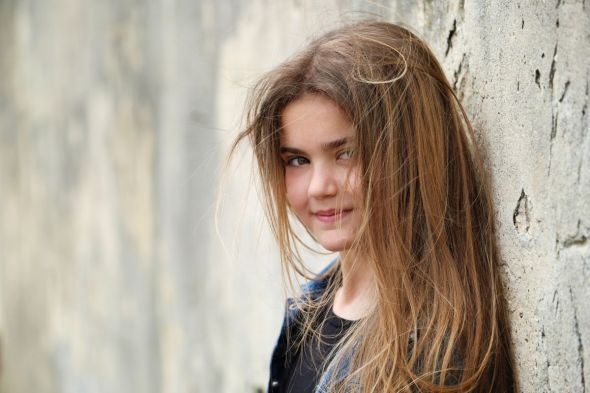 “I use the focus lever a lot – I was restricted more to the central zone with my DSLR.”