The EF-S 15-85mm IS USM lens covers an attractive range of focal lengths: The 15mm wide angle is unusual for a zoom lens which also covers ‘standard’ focal lengths. Combined with the 85mm telephoto range, this makes the 15-85mm a versatile lens for walkabouts and should reduce time-consuming lens swapping.

Taking into account the 1.6x focal length multiplier of Canon APS-C size sensors, the 15-85mm lens is equivalent to a 24-136mm focal length on a 35mm full-frame camera.

The 15-85mm’s image stabilisation (IS) compensates for up to 4 stops; a potent tool when matched with the dizzying heights of ISO 12,800 available on digital SLRs like the EOS 50D and 7D.

The new EF-S 18-135mm has 4-stop image stabilisation and an f3.5-5.6 aperture like the 15-85mm, however the Ultrasonic motor (USM) isn’t included. If you want a standard lens with greater telephoto capabilities then the 18-135mm is an intriguing the option; the focal length is equivalent to 29-216mm on 35mm full-frame camera. 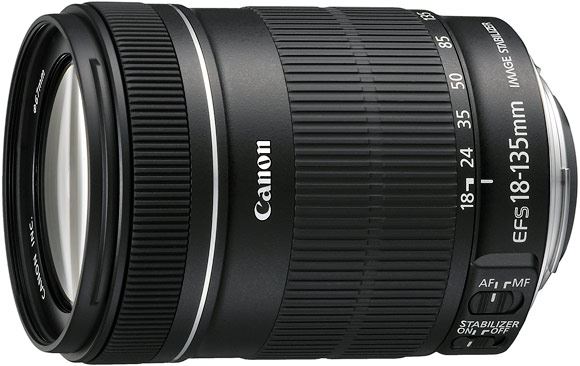 Both lenses are available individually or in a kit with the new EOS 7D. We’re secretly wishing Canon would stop making so many great choices available, we can’t choose between the two ;)