This week Canon officially added three new EF lenses to their lineup, including the very much anticipated next generation 24-70mm f2.8 lens as well as two replacements for the very popular 24mm f2.8 and 28mm f2.8 primes. 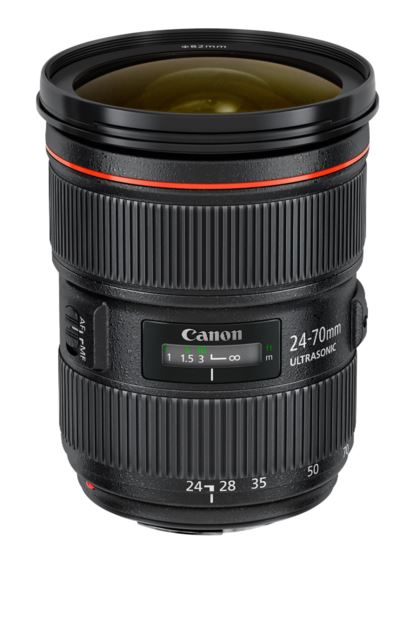 It's been nearly 10 years since the EF 24-70mm f2.8L USM Lens was launched and quickly became a staple in the Canon photographer's kit bag. After a long wait, fans of the original will be excited to hear of the launch of a Mark II version this week: the EF 24-70mm f2.8 L II USM Lens.

A full comparison of the new version with the old version is below, however the key improvements are:

The first of two Canon prime lenses to get an update in 2012 is the 28mm f2.8, another lens that's been in the hands of photographers for a long time. The new version of this popular all-purpose lens is now equipped with image stabilisation (up to four stops), the near-silent ultrasonic autofocus mechanism (USM), 7 aperture blades for softer background blur and focusing from 0.23m, which is an improvement on the 0.30m distance on the older version of this lens.

The full comparison between the new 28mm f2.8 IS USm lens and the previous model can be found in the table below:

For a full comparison between the new 24mm lens and the old version, see the table below:

Which of these three new lenses from Canon are you most excited about? Or will you be hanging on to your old faithful a while longer yet?