TL;DR: Don’t have time to read the article in full? Click for a quick summary of the Canon RF 24-240mm f/4-6.3 or new PowerShot compacts.

Today, Canon has announced a true all-in-one lens that’s sure to wow EOS R and RP users with its jaw-dropping 10x optical zoom. In fact, we reckon the RF 24-240mm f/4-6.3 IS USM is currently the most versatile optic in Canon’s RF line-up. If that wasn’t enough, the imaging giant has added two new compact cameras to its PowerShot range. The G5 X Mark II and G7 X Mark III provide a significant step up for smartphone shooters looking for a dedicated compact camera. 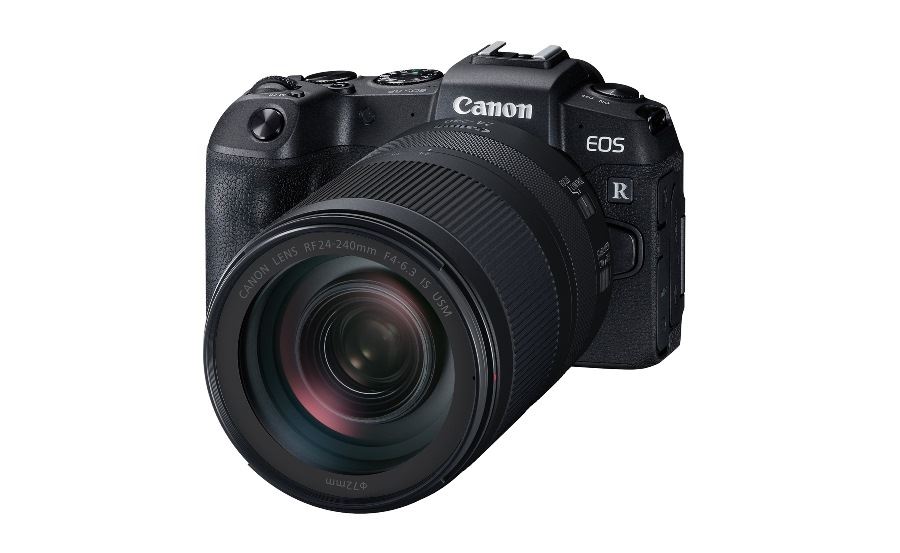 This latest edition to the RF line-up affords Canon EOS R and RP users a whopping 10x optical zoom. The RF 24-240mm f/4-6.3 IS USM achieves not only a huge zoom range, but with a newer version of Canon’s Nano USM (Ultra Sonic Motor), its autofocus system is accurate, almost silent and speedy, even with the huge focus range.

In fact, the focusing system on the RF 24-240mm isn’t just suited to stills; its super-smooth movement makes it ideal for video too. You can even program the focus throw, allowing video users to achieve accurate focus pulls. The 24-240mm has been designed to keep up with Canon’s push towards absolute image quality within its RF range and is suitable for use with a huge range of photography genres including landscape, wildlife, portrait, sport and travel. 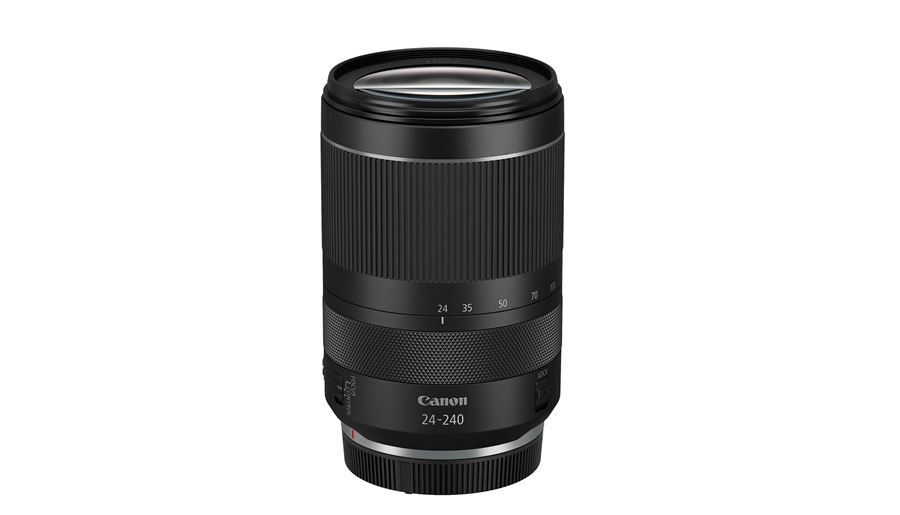 Due to its small size (for the length of the zoom) and light weight of just 750g, the RF 24-240mm looks set to be an ideal travel zoom. Pair your full-frame Canon mirrorless with this single lens and its broad range of focal lengths will provide you with the versatility of multiple lenses. The lens itself is image stabilised, providing five stops of stabilisation. This will make it easier to work in low-light situations, even at the longer end of the lens.

Seven circular aperture blades make for smooth, natural bokeh and when shooting video, the aperture control is clickless. Just like other RF lenses in Canon’s range the 24-240mm has a customisable control ring so that you can easily adapt the system to suit the way you work. Full-time manual focus makes it easy for users to finely adjust focus at any time, allowing for full control of every image.

Note: Canon’s EOS R or RP cameras will require a firmware update in order to make the most of their built-in Digital Lens Optimiser and in order to take control of the RF 24-240mm lens’ customisable control ring.

Who’s it for? Photographers who are looking for an all-in-one lens that’s suitable for many different types of photography. The unpredictable nature of travel in particular would benefit from the lens’ versatility, for both photographers and videographers alike.

What does it compare to? Within the RF range there are still quite a limited amount of lenses available so it is pretty unique. It also currently has the longest reach of any available native RF lens, making it a tempting buy for those who can’t wait for the RF 70-200 f/2.8L IS USM.

Why should you care? This lens is an accessible option for anyone entering Canon’s full-frame mirrorless system for the first time, while existing RF users are surely going to be wooed by its zoom capacity and potential for fantastic image quality. You’re also getting five stops of image stabilisation and a control ring that can be customised to suit your preferred method of shooting. 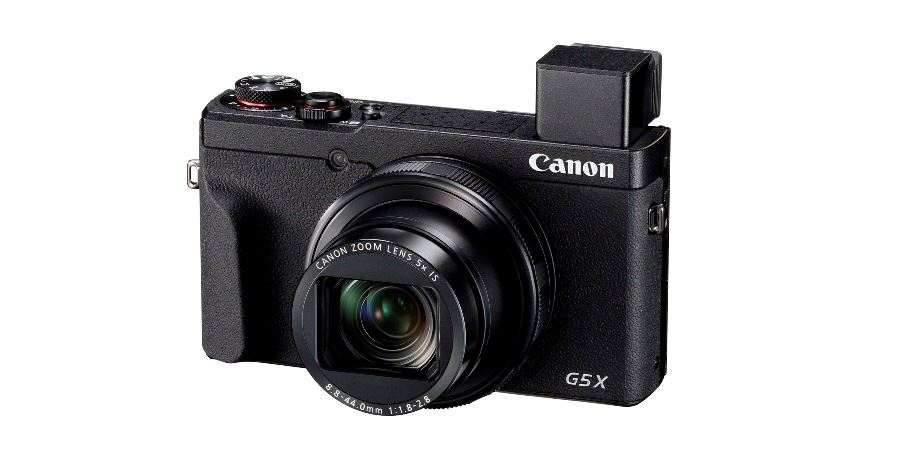 The fun isn’t just limited to full-frame users; Canon has also announced a duo of compact cameras. The G5 X Mark II and G7 X Mark III belong to the coveted PowerShot range and are sure to appeal to anyone looking for an easy-to-use portable device or a dedicated camera that’s a step up from a smartphone.

Both cameras are built around a 1.0-type 20.1MP stacked CMOS sensor, powered via Canon’s DIGIC 8 image processor and sport an ISO range of 125-12,800 (25,600 expanded). Arguably the most obvious difference is the G5 X II’s pop-up electronic viewfinder (not present on the G7 X III). The 0.39-type OLED EVF has a 2.36-million-dot resolution and if you’re an advocate of using a viewfinder, you’ll be pleased to know that it boasts 100% percent coverage.

The two compacts share the same tilting 3-inch LCD touchscreen that has a 1.04-million-dot resolution and is a handy tool when framing vlogs or composing selfies. Canon tells us the screen's brightness is adjustable to one of five levels and includes a handy Night Display Mode too. As you’d expect from PowerShot cameras, the G5 X II and G7 X III are compatible with Canon’s HF-DC2 external flash accessory (sold separately). However, we’re willing to bet that most users will make do with the cameras’ built-in flash and its maximum sync speed of 1/2000secs.

The cameras each sport slightly different built-in zoom lenses. The G5 X II houses a 24-120mm optic (35mm equivalent), with a 5x optical zoom, while the G7 X III pairs a 24-100mm optic and a 4.2x optical zoom. If you’re still unable to get close enough to your subject, digital enhancements allow the former to reach a huge 20x zoom and the latter up to 17x. Each lens offers a fast variable aperture of f/1.8-2.8 and both compacts pack Canon’s Intelligent IS, up to four stops of image stabilisation, with 5-axis Advanced Dynamic IS. 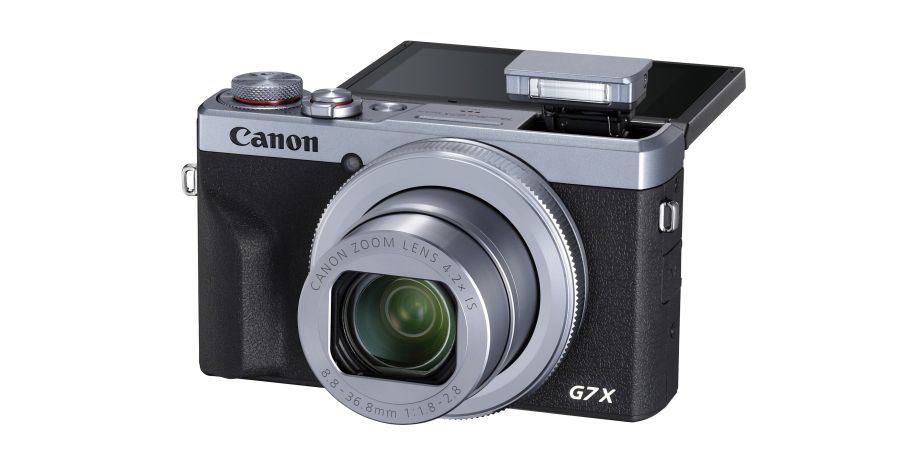 When it comes to video, both cameras are capable of shooting 4K UHD footage (3840 x 2160) at 30fps and full HD footage at 120fps. However, if you’re planning to shoot lots of video, the G7 X III’s 3.5mm microphone input will provide a boost to your production values. Both cameras allow up to 9min 59sec of continuous 4K filmmaking, and 29min and 59sec of continuous full HD filmmaking.

Used in eco mode, both cameras’ NB-13L battery is rated to last for approximately 320 shots. While battery life varies greatly depending on how a camera is used, Canon has rated the G7 X III’s general battery life as 265 shots, just edging the G5 X II’s 230. Weight certainly isn’t a problem for either camera, although the G5 X II weighs 36g more than the G7 X III’s 304g (no doubt due to the addition of the pop-up EVF). Finally, both cameras come with the latest mod cons including Bluetooth connectivity and remote shooting via a mobile device.

Who’s it for? Those looking for a first dedicated camera or an upgrade from their existing compact.

What does it compare to? The Canon G7 X II and G5 X, and Panasonic’s LUMIX TZ95.

Why should you care? Canon’s latest PowerShot compacts provide a significant step up for smartphone shooters looking for a dedicated compact camera. The G5 X II’s EVF will appeal to those wanting to focus on photography, while the G7 X III’s microphone input makes it the way to go for vloggers.