Canon has refreshed its enthusiast DSLR line with the Canon EOS 7D Mark II, its flagship APS-C DSLR. Check out our video preview and read about what’s new.

Launched five years after the original Canon EOS 7D, and a direct replacement for that camera, the Canon EOS 7D II arrives with a raft of improvements and up-to-date technologies, some seen previously on Canon’s other recent DSLRs. 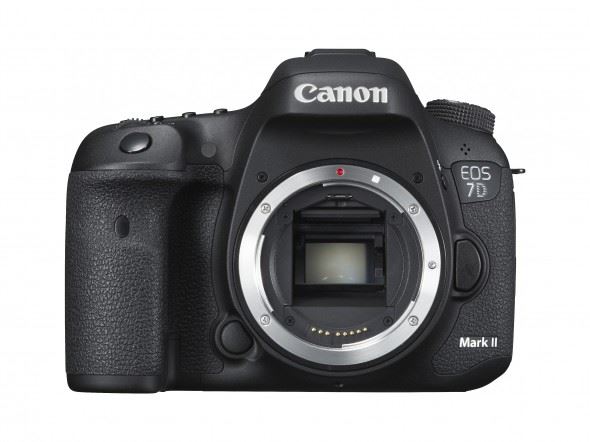 The camera offers a new 20.2MP APS-C sensor, one that’s said to benefit from redesigned microlenses for more efficient light gathering. This is the same pixel count as in the Canon EOS 70D, although Canon points out that the two sensors are different. From its base sensitivity of ISO 100 this can be operated up to a maximum ISO 16,000 in its standard range, with further settings available up to an equivalent ISO 51,200 when expanded.

The camera also employs two of its latest DIGIC 6 processors. Among other things, these allow the camera to fire at a continuous rate of 10fps at full resolution for up to 31 Raw images, or alternatively, up to the capacity of the card when shooting JPEGs on their own (when using a UDMA7 card). 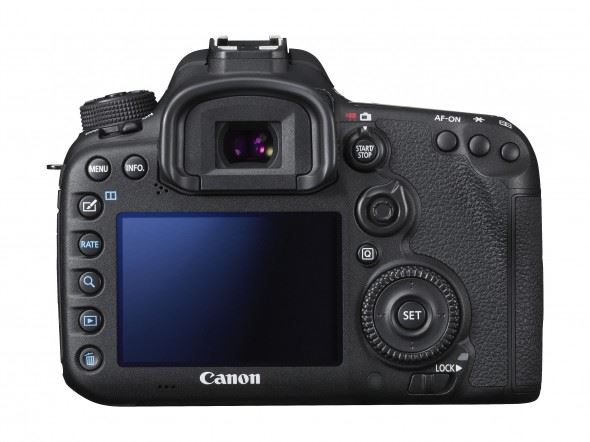 The focusing system has also been radically improved from the 19-point wide area AF system found in the EOS 7D. Here, a 65-point, all-cross-type system has been employed for improved accuracy and sensitivity, with the central point sensitive to f/2.8. The EOS iTR AF system is also on board, using face and colour information to track moving subjects, with the option of changing its sensitivity to suit the subject, while the previously seen Dual Pixel CMOS AF technology has also made its way into the mode for smooth focus during live view and video capture.Canon has graced the rear of the camera with a 3in LCD screen that boasts a 1.04million-dot resolution. Above this, we see a revised version of the pentaprism viewfinder seen in the EOS 7D, with the same 100% coverage and 1x magnification* but changes to the information displayed within it. Canon has also improved dust and moisture resistance for the new model and has rated the shutter unit to 200k actuations. 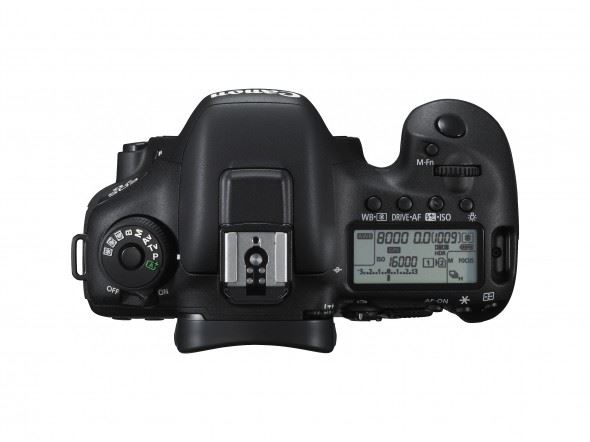 Although the model lacks the Wi-Fi technology found in the EOS 6D, it does inherit that model’s GPS system for geatagging images. This is augmented by a compass too, with the data from this embedded within the metadata of images in the same way. Canon has also thrown in a handful of further capture options, such as HDR and Multiple Exposure modes and even an intervalomoter which brings all the functionality of the TC-80N3 remote to the model.

The Canon EOS 7D Mark II is also one of a handful of models to sport a USB 3.0 port on its side, which allows for images to be transferred from the camera considerably faster than through the USB 2.0 Hi-Speed port found on most other current models. Canon has also furnished the camera with both CompactFlash and SDHC/SDXC slots, providing users with the option of increasing overall capacity or setting each up for a different purpose. 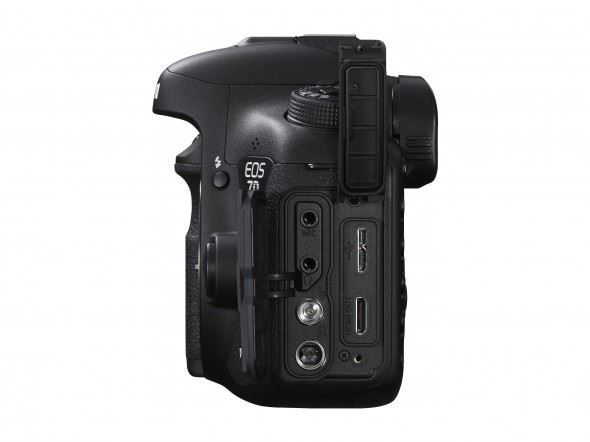 Videographers will also welcome the changes from the EOS 7D, such as recording in a variety of frame rates up to 50/60p and the possibility of outputting uncompressed video through the HDMI port, as well as the inclusion of separate ports for external microphones and headphone. Canon has also followed Sony in providing the option of changing key settings silently when recording videos, to avoid these being picked up by the camera’s microphones.