Canon IXUS 200 IS with Touch Screen

Canon IXUS 200 IS: Available in silver, blue, gold and purple. 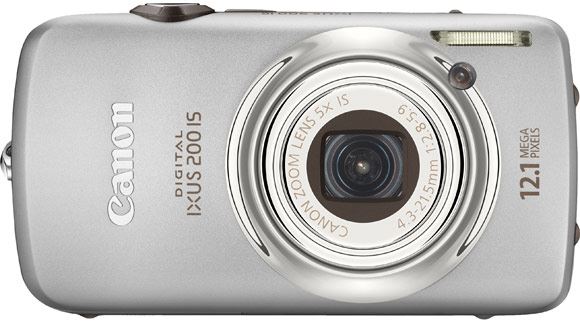 The 720p high definition video is a nice touch, the Canon Digital IXUS 200 IS can record individual clips up to 10 minutes long. Your movies can then be played directly on a HD television or monitor via the camera’s mini HDMI port.

The 3 inch touch screen brings clever features such as Touch AF where you select an object or person to focus on and the IXUS 200 IS will automatically keep the subject in focus. This is great for keeping hyperactive kids in focus while you concentrate on capturing the moment! 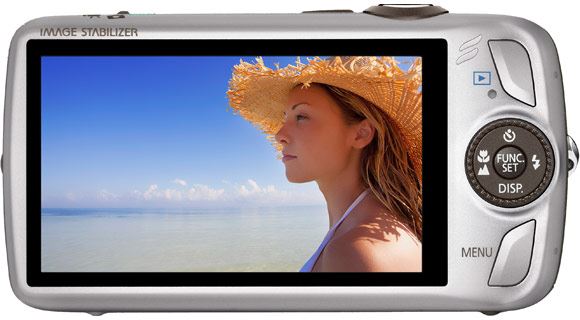 Where there’s a touch screen, there are bound to be iPhone-style gestures – the IXUS 200IS is no exception. ‘Touch Actions’ allow you to browse photos by dragging your finger across the screen, plus tagging, deleting and rotating photos.

The Digital IXUS 200IS features technology designed to make day to day use easy and enjoyable. The first step is the menu system with hints & tips explaining functions. Even if you’re a photographic prodigy, it could be handy for friends or family borrowing the camera!

Face detection is included to make sure your individual portraits or group photos are pin-sharp. The IXUS 200 IS also uses faces in the scene to judge exposure and white balance, ensuring natural skin tones.

If you’ve ever experienced the classic (frustrating) five-second self-timer dash from camera to your spot in a holiday group photo then you’ll love Face Self-Timer. With Face Self-Timer enabled the IXUS 200 IS will take a photo two seconds after an extra face enters the scene. Hopefully the face will be yours, not an errant squirrel. Ahem.

Canon IXUS 200 IS versus the ‘Competition’

The Coolpix S70 has a slightly larger 3.5” touch screen and longer 140mm telephoto focal length. The IXUS 200 IS replies with 24mm wide angle capability and a faster aperture (f2.8 at 24mm). Looks like Canon and Nikon are shaping up for scuffle in the premium touch-screen camera arena – just don’t forget Sony with the 3.5 inch touch screen CyberShot T900!

View the Canon IXUS 200 IS range at Wex Photographic

+ More IXUS 200 IS information at Canon.co.uk
+ Prefer more manual controls? Take a look at the new PowerShot G11 and S90.