Canon’s first 4K capable APS-C is sleek and stylish, and boasts a versatile set of features 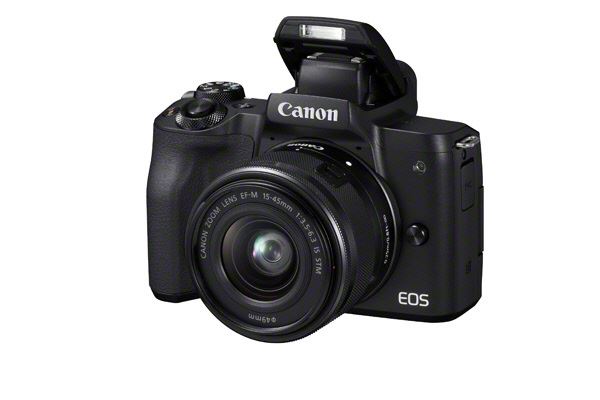 The camera will be available in both black and white variants.

Canon has announced a new CSC model for its mirrorless M-mount line-up, the M50. This stylish device slots between the enthusiast-targeted M6 and entry-level M100 and is the company’s first APS-C device to feature 4K. This brings a range of stills and video features to the table that are sure to appeal to aspiring photographers and Vloggers.

The M50 debuts Canon’s DIGIC 8 Processor and contains a 24.1MP APS-C size sensor, which is physically larger than many similarly priced CSCs . This combination should ensure fantastic image quality that’s comparable to many DSLRs, as well as highly impressive performance speeds. The camera’s files can be saved as JPEGs, RAWS or in the new C-RAW compression format (40% smaller in file size than a conventional RAW file). ISO range goes from 100-25600, and the camera provides burst shooting at 10fps (focus locked) or 7.4fps (continuous focus).

With Dual Pixel AF CMOS, the camera utilises both phase and contrast-detect focussing, operating at light levels as low as -2EV. Eye AF, Face+Tracking, Smooth Zone and single point AF modes are all available. This system should cope with a wide variety of subjects and lighting conditions, and perform well during video capture. Touch focus is also possible via the device’s 3in, 1,040K-dot, vari-angle touch-screen. This rear display has been matched with a 0.39in, 2,260K-dot, central positioned OLED EVF for composition.

When it comes to video shooting, the M50 is capable of recording 4K at 25fps and Full HD at 60fps. The device features external microphone input for improved audio capture — something that will please those looking to capture video footage as well as stills. Unfortunately, it does not feature a headphone input for audio monitoring. 5-axis Digital Image stabilisation is present for smooth looking movie capture, and with Wi-Fi and Bluetooth it’s possible to set the device to automatically transfer files to a smart device, ready for sharing to social media. You can also take remote control of the camera, for hands-off shooting.