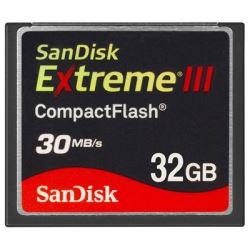 People are always talking about the increasing power and capability of digital technology and therefore the growing need for bigger, faster media storage formats. Lately this need has increased even more so, with the introduction of HD Movie capable DSLRs. Nikon got the ball rolling with the Nikon D90 and Canon soon joined in with the Canon EOS 5D Mk II.

Video in general is becoming more and more popular with the ever-perpetuating phenomena of YouTube and the like where videos of longer and longer length are able to be posted. It is no surprise to anyone therefore, that SanDisk stepped up to the plate with a 32GB 133x Compact Flash card that can take the pace, earlier this month.

In order to further support the demands of new technology, SanDisk has also announced that it is upgrading the SanDisk Extreme IV high-performance range by 12.5% to a speed of 45Mb/s. 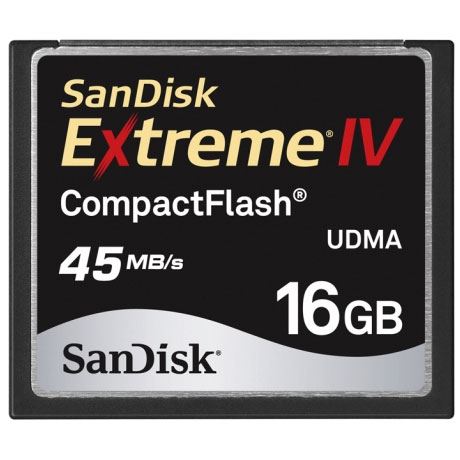 As with all SanDisk cards, the SanDisk 133x Extreme III Compact Flash cards and the SanDisk 45Mb/s Extreme IV Compact Flash cards are able to perform in temperatures ranging from minus 25C (-13F) to 85C (-185F), making them one of the most durable memory formats in the world. It seems that with such advancements taking to the stage, that SanDisk have the memory market wrapped up. For photographers who are undoubtedly excited at the technology before them in the digital SLR market, SanDisk have here created a solution which enables you to get the best out of your camera.