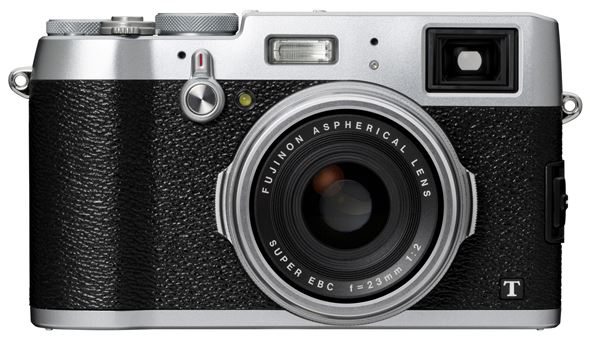 Available in both black and silver finishes, the Fuji X100T builds on the same core functionality found in the previous X100S, although the company claims it’s the first camera to sport an electronic rangefinder.

This makes use of the built-in ND filter inside camera’s lens, and projects a small electronic preview of the area around the focus point in the corner of the optical viewfinder. Upon turning the mechanical ring around the camera’s optic, the user is presented with a rangefinder-style view to help achieve correct focus.

Fujifilm has also added Real-time Parallax Correction to the hybrid viewfinder for more accurate framing and has increased bright frame coverage from 90% to 92% of the scene. Visibility has also said to have been improved, as has display time lag.

The company has also made a handful of minor revisions to the camera’s operation from previous models. The camera’s aperture, for example, can now be changed in 1/3EV-stop increments using the aperture ring around the lens (something which was previously only possible with the command lever, which itself has changed to a dial).

There are also now seven Fn buttons which can all be customised to taste, while the Q menu can also have each of its 16 functions decided by the user. Fujifilm has also boosted the size and resolution of the LCD screen from the X100S, with the display now measuring 3in in size and with a 1.04million dots. 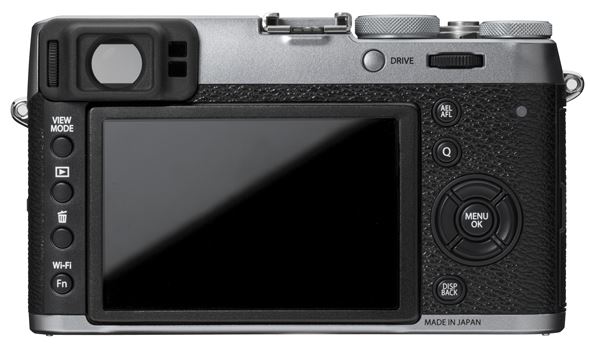 As with other recent models such as the Fuji X30 and Fuji X-T1 Graphite Silver, the X100T is equipped with the company’s latest Classic Chrome Film Simulation mode.

Elsewhere, the camera’s feature set closely mirrors that of the X100S. There’s an APS-C-sized, X-Trans CMOS II sensor that offers 16.3MP, as well as the same EXR Processor II engine as before. The Fujinon 23mm f/2 lens which feature on the X100S has also been carried over, with an effective focal length of 35mm in 35mm-equivalent terms against the camera’s sensor.

Other notable features include Wi-Fi for remote shooting and cable-free image transmission, as well as a maximum shutter speed of 1/32,000sec thanks to an electronic shutter. Full HD video is also on offer, at a choice of frame rates including 24p and 60p, as are interval timer and multiple exposure options.

The Fuji X100T is now available to pre-order. Click here for more details