After weeks of rumours, Fujifilm have this morning released the FinePix X10 - tipped to be a younger sibling to the hugely popular (and award-winning!) FinePix X100, it has many of the same specifications in addition to some exciting new features. The X10 boasts the same retro styling that got tongues wagging when the X100 was launched and as well as a tradtional viewfinder, it has the same die-cast magnesium alloy base and upper control deck that makes the X100 reassuringly solid in the hand. 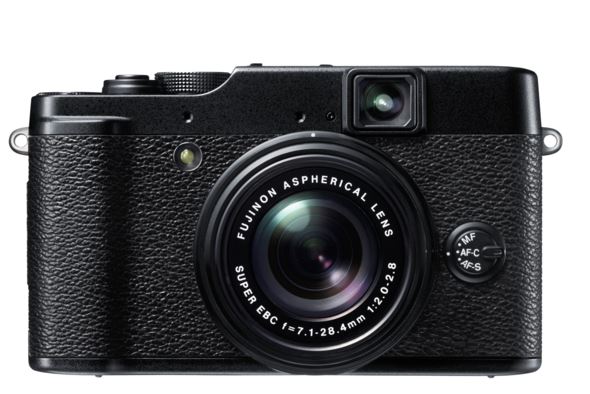 As you can see in the comparison table below, the X10 stacks up quite impressively when compared to its bigger brother. Both cameras feature expandable ISO to 12800 (although the standard Auto settings in the X10 are limited to ISO 3200, compared to ISO 6400 in the X100) and the X10 even trumps the X100 with full 1080p HD movie capability. For DSLR users who are wary of shutter lag on compact cameras, this high-end compact has a "super speedy shutter release" with approximately only a 0.01 second delay.

The key difference between the two models is in the lens - the Fuji FinePix X10 boasts a 4x manual barrel zoom lens with a 35mm equivalent focal length of 28-112mm and a maximum aperture of f/2.0 (wide) and f/2.8 (tele). Another nifty new feature that will be interesting to see in action is how the manual barrel zoom lens doubles as an on/off power switch, perfect for street shooters who need to react quickly. 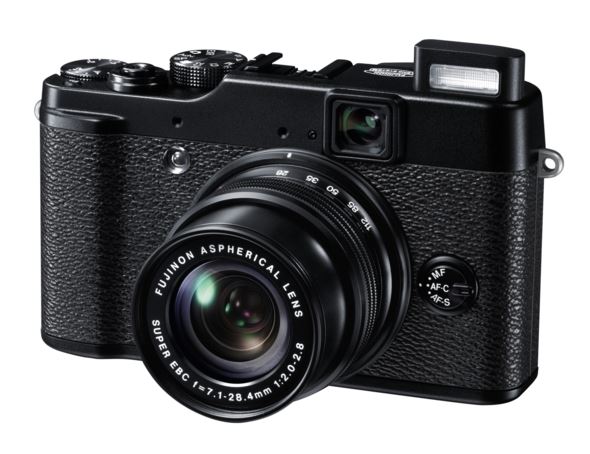 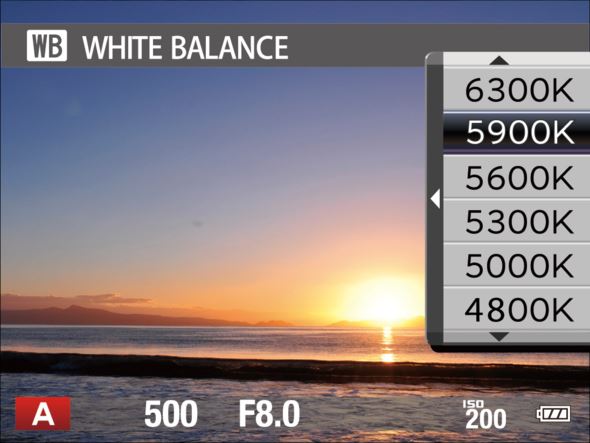 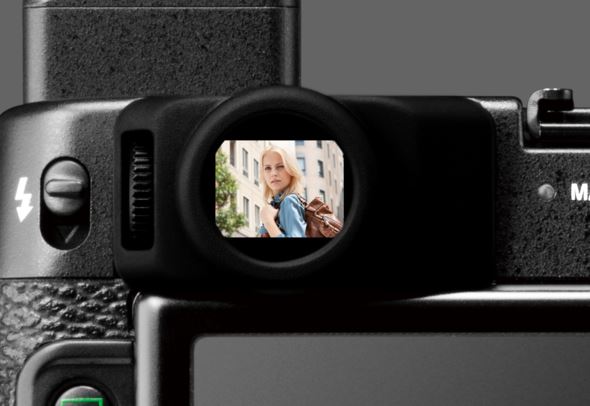 Looking through the X10's traditional viewfinder

The Fujifilm PinePix X10 is now available for pre-order at Wex Photographic for £529.00. It is expected to be available around the end of October/beginning of November.