The next Photokina 2016 offering is the medium format Fujifilm GFX, with 51.4MP of resolution 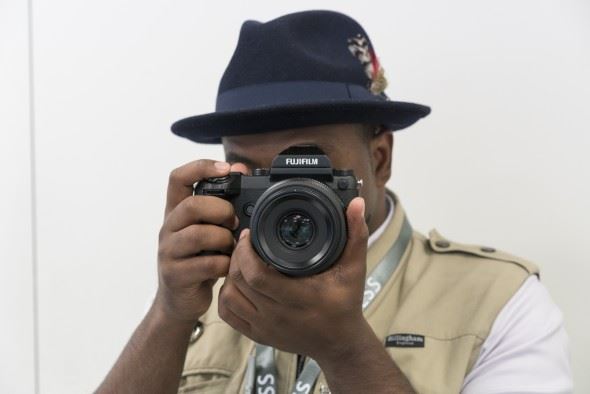 Fujifilm’s press conference was one of the most anticipated at Photokina this year and it did not disappoint. The company introduced a mirrorless medium format camera that uses an entirely new mount, heralding the start of a new GFX line of cameras from Fujifilm. 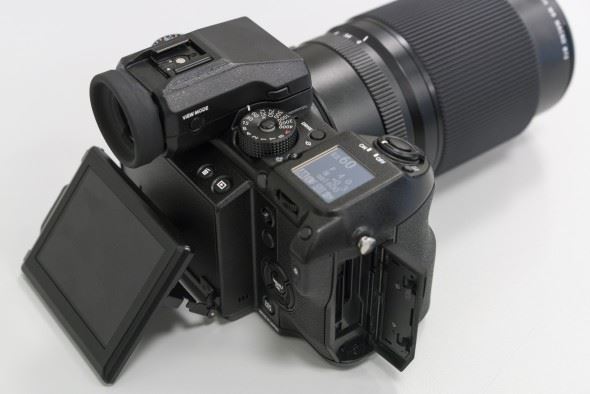 The GFX digital medium format mirrorless camera, represents an entirely new system of products for the company. During the conference, Fujifilm explained that they decided to develop the larger system because its current lineup wasn’t quite providing an answer for some of its customers, for example, people shooting high-end commercial and fashion, due to the smaller sensor size. The camera uses Fujifilm’s X Processor Pro, which the firm says will provide outstanding colour and tone reproduction.

Although it was only a development announcement, they had a working sample on show and sample images that looked impressive. According to Fuji, this sensor has been fully customised, making it unique and completely designed by Fuji. It uses an optimised silicon optical diode process, and Fuji says it will resolve up to 1000 lines more than 35mm format. 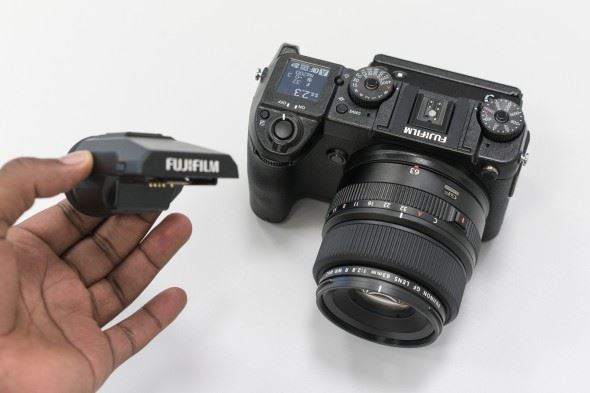 Weather and dust resistant, the GFX features a solid construction, but it’s relatively compact compared to typical medium format cameras, due to the fact that it’s mirrorless.

Fuji has deployed the world’s first medium format mirrorless focal plane shutter inside the GFX, allowing for shutter speeds up to 1/4000s, low shutter shock, faster and quieter operation and improved durability. However, the camera will also be compatible with leaf-shutter lenses.

The top plate of the camera features an LCD so that shooting info can be checked quickly at a glance, just like you can with professional DSLR models. The grip has been optimised for middle finger holding. The overall look of the camera is understated but it has some distinct details that give it some character. 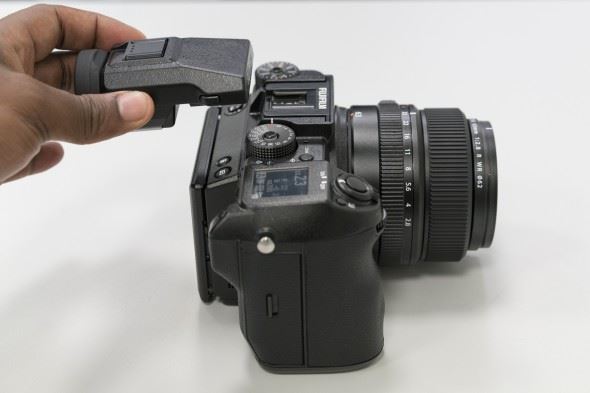 At launch there will be two new GF lenses (G-format), which are designed to be able to cope with sensors with resolutions higher than 100MP. Fuji is futureproofing here, which bodes well for the prospect of high resolution G cameras to come.

All these lenses will feature an aperture ring and have dust- and weather-resistant construction. 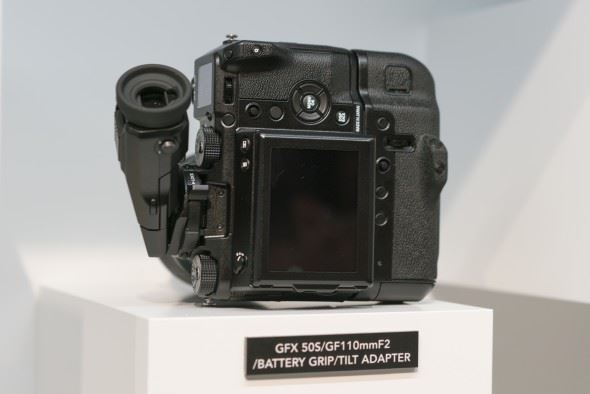 The GFX 50S also has a vertically tilting LCD screen similar to that of the X-T2, and a detachable hi-res viewfinder which comes in the box and slips on the hotshoe. Tethered shooting will be possible via an external screen, and the optional viewfinder bracket will enable the viewfinder to be tiltable in various directions, allowing photographers to shoot from the waist in either horizontal or vertical orientation. A Vertical Battery Grip will also be available. 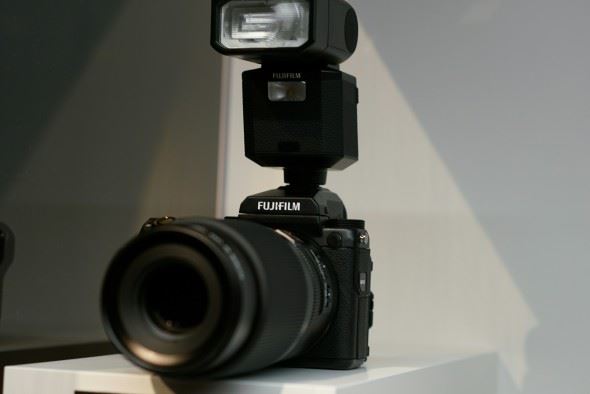 We’re expecting the GFX 50S camera in early 2017 and Fuji has already created six GF-lenses for the new G-mount, two of which will be available at launch, a 63mm f2.8 R WR standard prime and a 32-64mm f4 R LM WR standard zoom. We hope to have full specifications by January, so check back with us for updates. 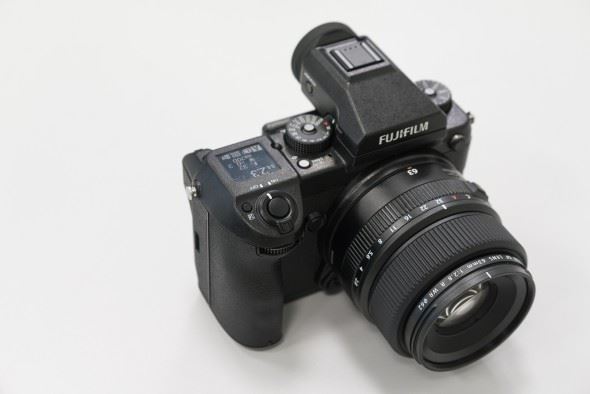