A raft of new products from Fujifilm this morning, including the firm’s first true macro lens, a new G-mount lens, new software and more 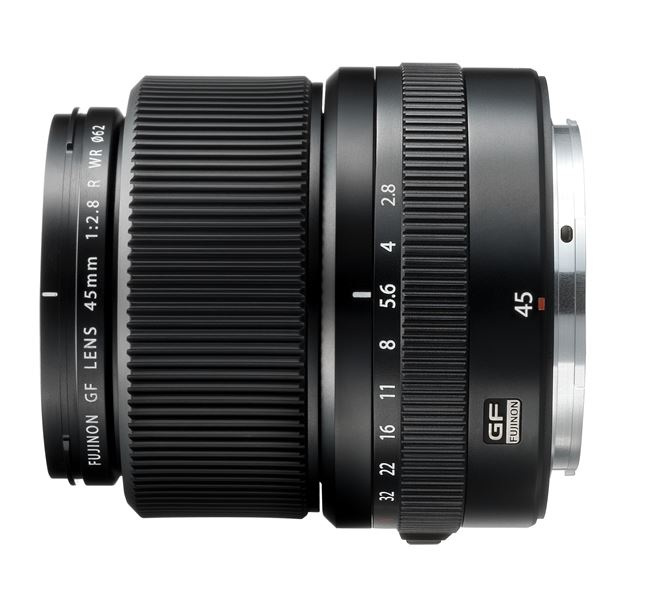 Not content with announcing a new camera, Fujifilm have also released details of an 80mm X-series macro lens with 1:1 magnification, a 45mm lens for the GFX, a RAW conversion system, and firmware updates that bring new features and performance speeds to the Fuji XT2, Fuji XT20, Fuji X-Pro2 and the Fuji X100F.

Here are all the details… 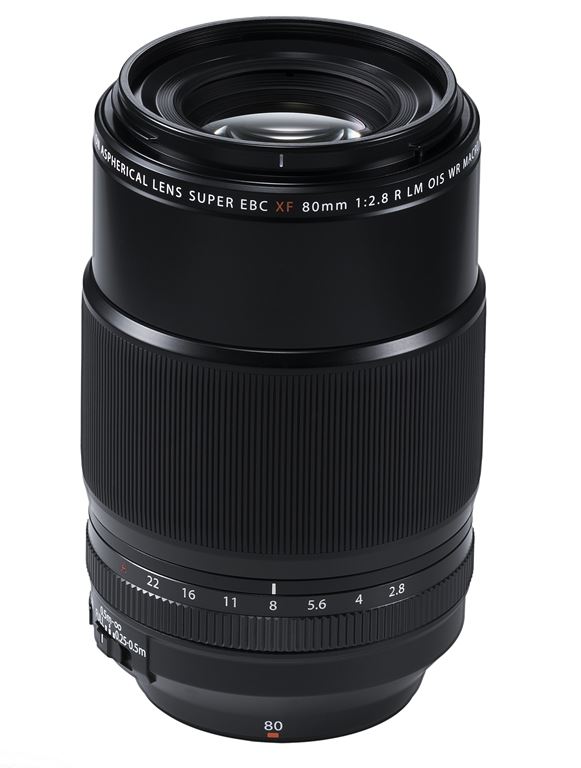 Macro fans, this one’s for you! Fujifilm have announced the Fujinon XF80mm f2.8 R LM OIS WR, which features a focal length equivalent to 122mm in 35mm terms, a maximum aperture of f/2.8 and a 1.0x magnification factor – a first for the X-series’ lens range.

It carries an Optical Image Stabilizer system that suppresses up to 5-stops of camera shake, meaning it can even be used handheld while out in the field, with sharp results assured.

With an optical construction of 16 elements in 12 groups, including one aspherical element, one Super ED element, and three ED elements, chromatic aberrations and spherical aberrations are impressively suppressed with this lens, ensuring optimum image quality. The focus lens groups of this optic move within the lens barrel, meaning that the length of the lens doesn’t change. This means there’s no need to worry about accidentally touching your subject mid-shoot either – useful for macro, where you may need to get extremely close.

The lens features 11 weather- and dust-resistant seals that should give users confidence in its ruggedness while working in tough outdoor environments. The fluorine coating, which has been applied to front lens elements, is water-repellent, resistant to smudges, and easily cleaned. 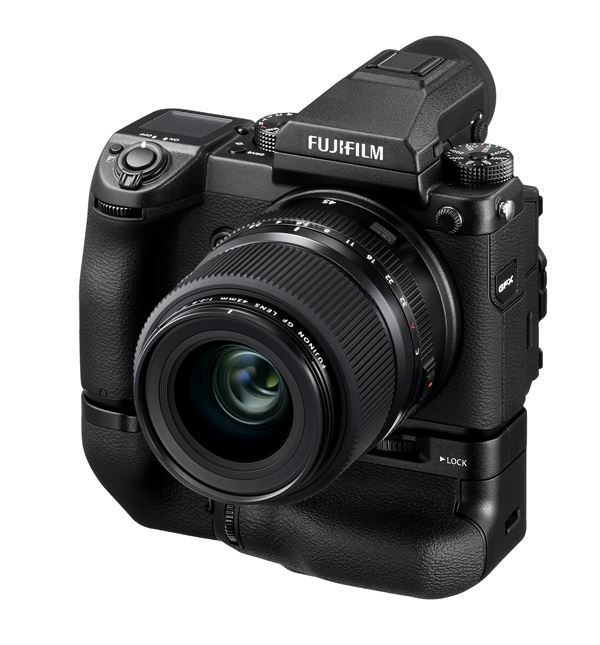 Fancy shooting street photography with a digital medium format? That’s exactly what Fujifilm has in mind with this lens.

The Fujinon GF 45mm F2.8 R WR wide-angle prime, the sixth lens to be launched for the GFX’s G-mount, provides a full-frame equivalent focal length of 36mm and a bright aperture that makes it well-suited for documentary and street photography.

Weighing 490g, it’s also fairly lightweight for a medium-format optic, meaning that sustained handheld use is not only possible, but comfortable. Like all the lenses in Fujifilm’s G-mount range, it’s equipped with the resolving power to make the most of not only the GFX’s 51.4MP sensor, but in even greater resolutions in the future as well.

The GF 45mm F2/8 R WR will be available in November. Click here to pre-order.

Fujifilm has announced its development of a new piece of file conversion software: X RAW Studio, available in November for Mac and January for PC. This system will utilise the X Processor Pro software via USB to ensure exceptional image quality is maintained in the processing of files, both single and batch. Fujifilm suggests that this will also help to minimise processing time for users.

Free firmware updates for the X-Pro2, X-T2, X100F and X-T20 will soon be released. Below are the key changes for each model:

2. Support for tether shooting via USB or Wi-Fi

6. Support for backup/restore of camera settings via Fujifilm X Acquire

4. Support for backup/restore of camera settings via FUJIFILM X Acquire

1. Support for backup/restore of camera settings via FUJIFILM X Acquire